Home » Andropause: The Male Menopause – How Testosterone Therapy can Change Your life!

Andropause: The Male Menopause – How Testosterone Therapy can Change Your life!

Video Download: Andropause The Male Menopause How Testosterone Therapy Can Change Your Life

Video Stream: Andropause The Male Menopause How Testosterone Therapy Can Change Your Life 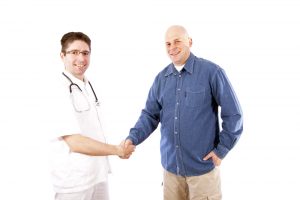 Everyone understands the huge impact that Menopause has on a woman's life, but did you know that men are also affected by a related condition known as Andropause? Andropause is the male equivalent of female menopause, and can and does significantly impact the health and wellness of millions of men across the United States.

Both Andropause and Menopause are caused by changes in sex hormone production and availability as related to age, but there are some big differences between the two conditions that should be pointed out. The biggest difference is the rate of onset of Andropause and Menopause. Menopause occurs rapidly as a woman goes through ovulation for the last time. On the other hand, men experience hormone decline resulting from Andropause at a much slower rate, and do not experience a total cessation of hormone production.

Andropause refers to the point at which male Testosterone decline becomes symptomatic, which is actually years or even decades after Testosterone production slows down. Testosterone Levels are high and healthy when we are in young adulthood, but, starting at around thirty years of age, this homeostasis starts to fail, and Testosterone secretion by the pituitary gland falls at a slow, steady rate throughout the rest of the male lifespan. Depending on a number of variables such as weight and activity level, Testosterone Deficiency and Andropause can become an issue across a range of ages, and every man experiences the effects of Low-T differently.

One of the most noticeable changes associated with Male Menopause is low libido. Testosterone triggers sex drive, and the lower that T-Levels get, the harder it gets to become sexually interested in one's partner, in spite of her or your own best efforts. There are other symptoms as well. Depression is strongly correlated with Low Testosterone Levels, as are changes in Temperature regulation — Men can get hot flashes due to Andropause just like women can experience them due to Menopause.

In just the past few months, the largest Testosterone HRT study was released to the public, and presents stronger evidence than ever that Age-Related Testosterone Decline is a serious problem that can both seriously affect a man's health and well-being, and that the condition is also easily treatable through the use of Physician-Monitored Hormone Replacement Therapy with Bio-Identical Testosterone. In the near future, Testosterone Therapy may not just be suggested to patients in significant distress, but perhaps recommended for most patients at the first signs of Testosterone Deficiency. 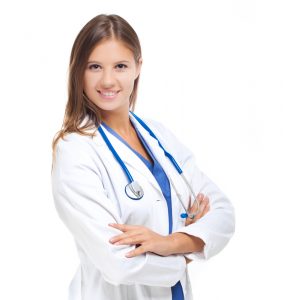 Testosterone is More than a Male Fixation

Testosterone Prescriptions have gone through the roof over the past ten to fifteen years, and this has led many to be skeptical of Testosterone Treatment, and many even believe that it may do more harm than good. With the media and advertising blitz associated with Testosterone Therapy, it's easy to understand why it would lead many to come to such a conclusion. This skepticism, along with the overall general interest in Testosterone, has led to a huge amount of research into the potential benefits and drawbacks of treatment. The majority of well-designed, replicable studies, as well as large-scale surveys of the medical literature, have continued to lend more and more credence to the benefits of Testosterone Replacement Therapy.

Andropause is Real and is a Major Health Risk

The effects of severe Testosterone Deficiency have been well researched and well-understood for quite awhile, but the results of gradual, Age-Associated Testosterone Deficiency, as well as the safety of Long-Term Testosterone Therapy Treatment, have only been deeply researched over the past decade or so. For one thing, it's been difficult until recently to figure out exactly what health changes are associated with Testosterone Deficiency and which are simply related to the aging process. For perhaps as long as mankind has had a basic understanding of health and wellness, it has been apparent that men start to struggle physiologically around middle age. Men get chubbier, more physically frail, and sustained by less sexual desire and vigor.

There are a wide variety of symptoms associated with Andropause, just as there are with other medical conditions related to hormone imbalance. Many men experience foggy memory and mild cognitive decline resulting from Low-T. Men with Testosterone Deficiency are more likely to be anxious, depressed, and less confident. We mentioned a lack of sexual desire earlier, but it's also associated with erectile dysfunction and infertility, and one of the clearest signs that Testosterone Levels are a problem is that men don't experience morning wood as often.

This recent study that we hinted at was released by the Journal of the Aging Male, and is the most thorough and extensive Testosterone clinical research evaluation ever released. The study showed that Testosterone Prescription Creams, Injections, and Gels can be used for many years, and perhaps even life-long, with minimal health issues. Skepticism toward the safety and efficacy of Testosterone Therapy has left many men that could benefit from the treatment out in the cold, but this research opens the door for many men who were once recommended to avoid treatment due to unfounded fears associated with treatment. 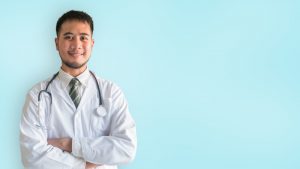 Testosterone, the Prostate, and the Heart

This huge Testosterone Study was the result of the combined efforts of the University College of London and the United Kingdom Centre for Men's Health. Over two thousand men were evaluated over the course of their Testosterone Therapy, lasting as long as 26 years at the time the study was conducted. The average age of the men evaluated was fifty-four years old. Almost all of the men that were monitored in this study greatly benefited from Testosterone Therapy, and the majority experienced total reversal of their Andropause-related issues. This study evaluated seven common types of Testosterone Treatment, including Low-T Patches and Low-T Injections, and found that all forms of treatment were equally effective, and none were dangerous as opposed to the other forms of treatment. 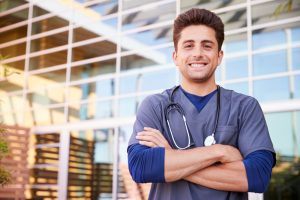 The study also presents evidence that every man is calibrated for Testosterone in their own unique way, and what is most important is the level of Testosterone that contributes to symptoms associated with Low-T. Some men are sensitive to Testosterone changes and are most functional with higher levels of Testosterone, whereas other men make due with less, and produce less at their physiological peak.

With this research and ongoing studies, the stigma of both Low-T and Testosterone Therapy will hopefully fade away, as it becomes clear that Testosterone Treatment is not overly vain nor is it a risky attempt to achieve the vitality of youth. It is a legitimate form of therapy that can positively impact the lives of millions upon millions across the globe.