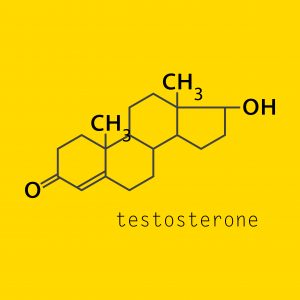 Although Testosterone is a pretty complicated hormone, there are a few things that pretty much everyone understands about it. Everyone knows that Testosterone is the “masculine” hormone that is associated with the sexual development and maturation of boys and men. They also understand how Testosterone controls sex drive and sexual desire. The third thing that most people “get” about Testosterone is that it builds muscle mass.

A recent study builds on that third topic, allowing us to more fully understand the implications of Testosterone upon muscle function and muscle maintenance. It also clarifies another reason why Testosterone is important—It wards against frailty and allows men to live more independent lives as they grow into old age. 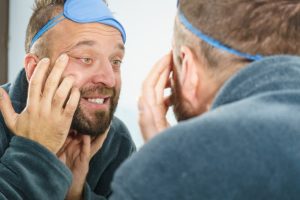 Later on, Testosterone Deficiency starts to impact the vitality of aging men, as Testosterone Production drops to a point at which it no longer meets the needs of the body, and this leads to physiological decline. Study after study shows that Testosterone is intricately linked to optimal health outcomes in aging men. Males that have higher natural Testosterone Levels tend to have healthier hearts, healthier minds, and healthier bodies.

Evidence also shows that when appropriately administered to men that need it, Bio-Identical Testosterone Replacement Therapy can have fantastic and therapeutic effects which can help older men with Low-T and Andropause issues experience the health and vitality of their counterparts that naturally have higher Testosterone Levels.

In recent research published in the Journal of Clinical Endocrinology and Metabolism, substantial evidence was presented that men that have high natural production of Testosterone are more likely to maintain their muscle mass more effectively as they age. Researchers also discovered that older men that lost weight were more likely to sustain their muscle mass than men with lower Testosterone Levels that do the same.

Often, when people lose weight, especially those that rely on diet more than exercise, their bodies burn muscle mass as well as fat during the weight loss process. This is because, when the body enters a state of rapid weight loss, it prefers to preserve emergency fat stores until protein energy stores are depleted. Men with higher Testosterone can sustain more muscle mass during weight loss than their counterparts with less Testosterone. 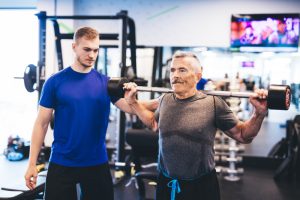 In this study, researchers gathered clinical data from nearly 1200 men, all of which were over the age of sixty-five. All of the patients were selected based on their ability to walk and move around without the help of others. Each patient had three primary factors measured—Testosterone Levels, body fat and muscle composition.

In addition to measuring these physiological characteristics, the patients all were assessed based on their ability to perform specific tasks:

After four years, the patient returned for a second analysis, in which all of the factors listed above, including the exercises, were evaluated.

Dr. Erin LeBlanc was the lead researcher for this study, and he illuminates the findings. He explains that, among men over the age of sixty-five, men with naturally elevated Testosterone Concentrations retained strength and muscle mass more effectively for a four year period than males with comparatively less Testosterone. Although this difference was significant body-wide, it is in the legs and arms that muscle mass retention was the most notable.

He also explains that among men with higher T-Levels, 4 out of 10 men, that experienced weight loss of 4.4 pounds or more were able to sustain muscle mass more effectively in spite of losing weight. Among those that lost weight, those with more Testosterone were able to stand more easily and had stronger legs than their counterparts with less Testosterone. 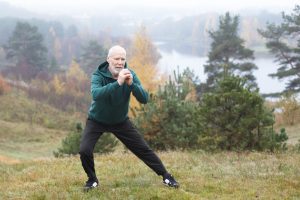 Why Is Testosterone So Important for Aging Men?

Testosterone is integrally crucial for male health, and this becomes more and more apparent with age. Testosterone encourages the body to build and retain muscle mass, and it also keeps metabolism running high, which influences body composition and wards off fat. Testosterone also maintains healthy bones, which is why men are so much less likely to experience Osteoporosis. Testosterone is also, apparently, necessary for sexual drive and function.

Sadly, even though Testosterone provides so many strong benefits to men of all ages, Testosterone Production starts to drop off around the age of thirty. This decline is slow and constant—around one percent annually. Most men don't notice it at all for years or even decades because of the slow decline and their potentially naturally high Testosterone Levels.

All signs point to the fact that Higher Testosterone Levels are associated with a longer and healthier life, and there is growing evidence that, when administered correctly and cautiously, Testosterone Therapy with Creams, Gels, and Patches can help sustain men and help them feel better longer, when they suffer from clinically diagnosed Low-T.

As this research grows, it becomes more and more important to discuss the potential benefits and drawbacks of Testosterone Therapy. It is clear that patients with Low-T can benefit from Testosterone Treatments, but it is still 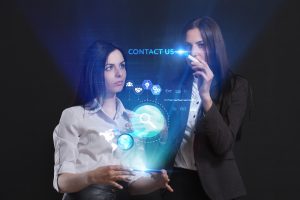 unclear whether patients that are in the low to mid range of normal can benefit from Testosterone Therapy as a preventative measure against the effects of aging-related to Andropause. What researchers do understand is that males with low Testosterone are 33% more likely to die of any cause over an eighteen year period than their counterparts with healthier Testosterone Levels.