2016 has been a strong year for proponents of Bio-Identical Testosterone Replacement Therapy for patients with Low-T. Multiple studies have been released already this year which continue to improve the known safety profile of the Hormone Treatment, which has grown significantly in popularity since the turn of the century.

Earlier research presented evidence that suggested that there may be risks 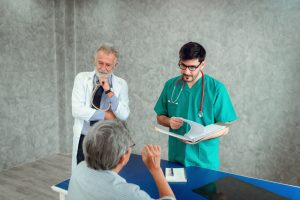 associated with Recombinant Testosterone, especially regarding prostate and cardiovascular health. As clinical trials grow larger and more well-controlled, however, these potential risks have been shown to be much less prevalent than previously hypothesized, and that these risks are usually associated with the misuse of Testosterone. In fact, new research builds evidence for the prospect that Testosterone could actually be a boon for heart health among those with Low-T.

The latest research concerning Testosterone and Cardiovascular Health was recently released by the Intermountain Medical Center Heart Institute of Utah. This study followed older men for many years to assess how Testosterone Levels and Testosterone Therapy affected the health and mortality 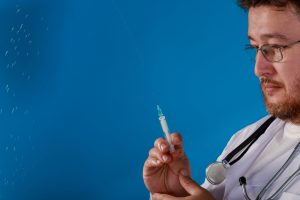 of the patients. What medical scientists discovered was that men with coronary artery disease experienced improved outcomes when provided Bio-Identical Low-T Treatment along with current standard treatment. They experienced a lower incidence of heart attack, stroke, and premature death than patients that did not receive Testosterone Replacement.

In fact, the results showed a considerable advantage for patients that opted for or were selected for Testosterone Therapy. Men with coronary artery disease experienced life-threatening cardiovascular issues at a rate eighty percent higher when they were not treated with Physician-Prescribed Testosterone.

Dr. Brent Muhlstein, one of the heads of heart research at the Institute, claims that the analysis provides significant evidence that men with Low-T are not adversely affected by Testosterone Therapy regarding stroke and heart attack. It was hypothesized that men at elevated risk for these cardiovascular events might be more sensitive to an increase in Testosterone Levels, but this does not appear to be the case.

This study involved patients ranging from 58 to 78 years of age, all of which were 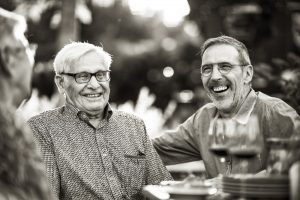 diagnosed with primary coronary artery disease. In all, 755 men were evaluated and treated in the study. The patients were divided into three divisions, all of which were treated with Low-T Therapy via topical gel or intramuscular injection. Each group took a different dosage of the medication.

Dr. Muhlstein is cautious regarding the results of this Testosterone Study, in spite of the positive results. Based on the data collected and analyzed in this study, it appears that Testosterone Therapy can be highly beneficial to patients 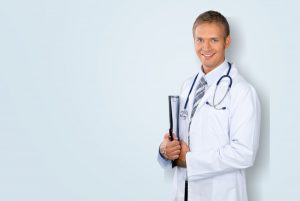 suffering from co-morbid Low-T and Coronary Artery Disease. He asserts that, though this data provides positive evidence concerning Testosterone's ameliorative impact on such patients, further study is needed to both corroborate the results of this study and design a Clinical Study that can provide more unambiguous evidence with fewer potential confounding factors.

This study is a continuation of earlier Testosterone Research conducted by the Intermountain Medical Heart Institute. Last year, the institute conducted a similar large-scale study regarding Recombinant Testosterone Therapy, only among patients that had never experienced cardiovascular issues related to heart disease. In this study, it was found that Testosterone Replacement was not correlated with an increase in stroke or heart attack risk when used for the treatment of Low-T.

In early 2015, the Food and Drug Administration used earlier research as a justification to command that all Testosterone Therapy Treatments display a clear warning that the medication is associated with an increase in cardiovascular risks. This led directly to new research in order to assess the real heart risks related to Testosterone Replacement. This study is one of a number that has already been released this year which appear to refute earlier evidence using more complete data-sets and improved data-collection techniques.

The growing amount of data which supports the benefits of Testosterone concerning cardiovascular health will likely lead to a figurative change-of-heart by the FDA once data accumulates and further justifies a full battery of dedicated Clinical Research about the subject of Testosterone and the Heart.

Other Benefits of Testosterone Therapy for Men 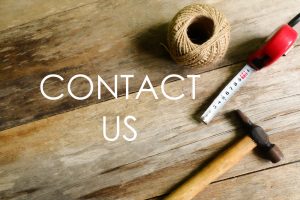 effectiveness in a variety of different ways. There is recent evidence that Low-T Treatment may contribute to many positive effects which related to health and wellness.

Testosterone Therapy has been correlated with improved psychological profile among patients. Older men taking Testosterone also experience improved gait and walking speed on average. Combined with the well-known benefits of Testosterone concerning sexual health and potency, there is an increasingly growing upside to Low-T Therapy combined with an apparently improved safety profile, which increases the likelihood that Therapeutic Testosterone will continue to become more recommended and less controversial as years pass and evidence grows.