Hormones are one of the most powerful forces in the human body, and they affect practically all aspects of our life. Hormone Balance is a key aspect of living a long and healthy life. When hormones are imbalanced, they affect the libido, BMI, and our mood, to name a few. Staying in shape and keeping the body in harmony isn't necessarily easy, but the more out of balance that your body is, the harder that it is to ultimately restore balance. 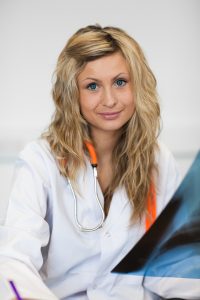 One gynecologist, Doctor Sara Gottfried, has recently written a book about how hormone imbalance affects weight and health and explains a method that can help restore hormone balance and make it easier to create a new, lighter, and healthier you.

A key aspect of weight gain is that it is mostly the result of hormonal changes in most patients, though it's not always entirely clear to the patient. Hunger and energy levels are primarily controlled by hormones, and Hormone Imbalance can create a state in which the human body desires more calories than it actually needs while not having the energy to expend those calories. Depression and anxiety are also issues with hormonal roots that contribute to exhaustion and obesity.

For many patients, Hormone Replacement Therapy is a highly effective option to treat Hormone Imbalance, but for patients with less severe and more correctable Hormonal Issues, a set of lifestyle changes may be all that is needed to restore Hormone Balance. Gottfried has created a system, which she claims can fast-track your body and mind back to a state of vastly improved Hormone Balance, with a twenty-one-day diet that tweaks the way that your body operates by adjusting the foods that you eat.

She explains that, while HRT Treatments can be beneficial, she feels that many take these treatments when they don't need to and that making foundational changes to the way that one lives their life is the ideal means to get in shape, mind, body, and soul.

Forgo Meat and Alcohol for Three Weeks to Reset Hormones

For both men and women, it is crucial to control Estrogen Levels, and studies have shown that the consumption of both meat and alcohol contribute to elevated Estrogen Levels. In humans, this is mostly the result of the use of Hormone Injections to encourage growth in cattle and other meats that we eat regularly. Alcohol is related to Meat in this sense because alcohol promotes the production of Estrogen from other sex hormones.

For women, it is essential for Progesterone and Estrogen to remain in an ideal balance. Estrogen is the predominant feminine sexual hormone and is responsible for the sexual characteristics which are the epitome of femininity.

Another interesting fact is that carnivores have higher estrogen levels because their bodies have more bacteria which fosters elevated Estrogen levels. By taking three weeks off of Alcohol and Meat, the goal is to suppress excess Estrogen and get the hormone back down to more natural levels. This becomes more important as we approach menopause because Estrogen Levels become more prone to imbalance.

There is absolutely nothing healthy about refined sugar. Refined sugar is little more than a drug created to produce maximum pleasure on the taste buds. In nature, the body rarely comes into contact with such high doses of sugar, and the body is ill-equipped to handle it. Overeating sugar, too often, causes the body to lose its ability to adequately control blood-sugar levels in the bloodstream, leading to Diabetes, and a host of other conditions associated with poor cardiovascular health.

Also, body fat is associated with both sugar-intake and body fat, and there are studies that show that the more weight you carry around your waist, the more likely you are to become Diabetic.

In Gottfried's diet, it is vital to both tightly restrict sugar intake, as well as forgo dependence on artificial sweeteners such as aspartame and sucralose which, though they don't have calories, still impact hormone balance by how they are perceived by the body and the brain.

It's important to remember how widespread the use of sugar is and to remain highly aware to avoid sugar for three weeks. Even salad dressings and other foods that may not seem sweet at all may contain sugar. 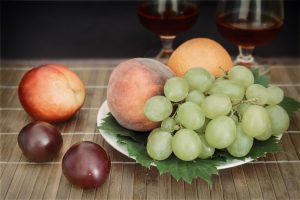 Fruits contain a natural sugar known as Fructose, and the overconsumption of Fructose is strongly associated with poor hunger modulation as well as insulin resistance. Leptin is the primary hormone which controls and suppresses hunger, and long-term, excess consumption of Fructose can reduce the effectiveness of the hormone from doing its job in the body.

One major issue with how we perceive fruit is how fruit has changed over the generations. Fifty years ago, most fruits that are commonly sold at the supermarket were much less sweet than those today. But in pursuit of customers, fruits were bred for their sweetness over their nutrition. For example, many apples sold today are many times sweeter than their historical counterparts. Fifty years ago, an apple likely had little more than two grams of sugar, but the same grocery-store apple today could have as much as twenty-five grams of sugar! There are many fruits and vegetables which are far superior today and contain next to no fructose, including avocados and olives. 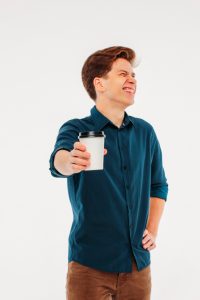 Cortisol is a crucial hormone, that, when the body produces too much, can lead to catastrophic consequences. Cortisol is the primary hormone that controls stress response. Caffeine is well-known to raise cortisol levels. As a nation, the vast majority of us use caffeine regularly, and some people, whether they are sensitive to caffeine or simply abuse caffeine, have their Hormone Balance altered tremendously by its use.

Heavy caffeine use amps up the body's production of Cortisol, which is associated with anxiety, stress, fatigue, and cardiovascular issues. Cortisol also increases your desire for sugary, unhealthy foods, and by forgoing caffeine entirely for three weeks, it reduces your cravings and gives your blood-sugar a rest as well as your heart.

Forgo Grain to Balance the Thyroid

Like processed sugars, we as a nation are also beholden to processed grains. Grains and sugars are both simple carbohydrates, the worst offenders concerning your risk of diabetes. This is because the body can quickly absorb simple carbohydrates, which floods the bloodstream with glucose which has to be processed, which contributes heavily to insulin sensitivity, prediabetes, and diabetes. Potatoes, pasta, white rice, and breakfast cereals are among the worst offenders concerning blood sugar.

Rather than eating these simple carbs, substitute potatoes for yams or sweet potatoes. Substitute burger buns and flour tortillas with spinach wraps, or replace flour-crackers with crackers made from flaxseed. Grains have an impact on thyroid health, but there is evidence that excessive consumption of gluten can also cause issues with the thyroid, so, for a three-week detox, it's best to eliminate both at the same time. 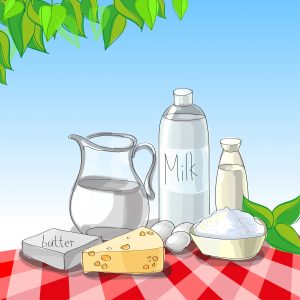 There are some significant issues in the way that we raise and breed dairy cows in America today. These cows are loaded up with artificial hormones designed to help them grow large as quickly as possible. This means that the dairy company has more milk and meat to sell to the grocery store, but it also affects the quality of the meat and dairy, which can potentially pass some of those hormones and steroids to the customer, changing his or her hormone balance.

There are quality alternatives to milk, including coconut milk and almond milk. After forgoing dairy for detox, consider looking for Hormone-Free milk and meat products to reduce the influence of these hormones.

There are many toxins that we are naturally exposed to on a daily basis. If we live right, we can minimize the issues associated with this exposure. One of the primary toxins to look out for is BPA or Bisphenol A. BPA is present in a large number of plastic products and belongs to a group of chemicals known as Endocrine Disruptors.

Endocrine Disruptors can affect both sexes very differently. For example, there is a strong association between increased BPA exposure and reduced Testosterone Levels in men, but the opposite appears to be true for women.

The Goal of Gottfried's 21-Day Detox

By making an effort to control and restrict your body's exposure to these seven factors over three weeks, you put your body well on the road to re-balancing and restoring natural Hormone Levels, to those associated with a time before our diets were affected so poorly. Over three weeks, your metabolism should increase, you should have a healthier thyroid, and you will be more aware of Estrogen-Disrupting Chemicals and what you can do to avoid them.

The short-term goal of this diet is to get you more in tune with your body as your food becomes more natural. After three weeks, you can eat and drink more conscientiously, and work through moderation and consideration for your body to maintain a healthier life.