For centuries or even millennia, humanity has understood the intricate connection between the testes and masculinity both in animals and human beings. They realized that if you remove the testicles, everything which makes a man a man begins to fade.

The Scientific Discovery of the Link Between Testosterone and the Testes

Although we've long recognized the connection between the testes and manhood, the first scientific experiments related to Testosterone took place in 1849, conducted by a German Physiologist. In rooster subjects, he surgically removed the testes from two male roosters and put them into two other roosters, so that they had four testes each.

He discovered that, upon the removal of the testes, the first pair of roosters became slower, more docile, and began to gain weight, all of which are symptoms we now associate with Testosterone Deficiency. The second pair began to express hyper-masculinity and began to pursue the opposite sex more vigorously, while also engaging in more dominance battles with other roosters. 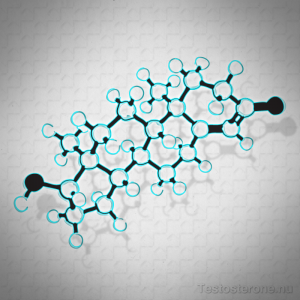 The Isolation of Testosterone

Of course, there were limited conclusions the physiologist could make from this experiment, due to the infancy of biological science and the non-existence of knowledge associated with endocrinology. Eighty-five years later, however, in 1934, German researchers were able to extract the contents of the Testes and were able to prove that Testosterone existed via isolation.

This initial discovery was quickly taken advantage of, and it took less than a year for other researchers to take that knowledge and create a synthetic form of Testosterone. With the first creation of man-made Testosterone, our knowledge and ability to develop Anabolic Steroids in a laboratory environment would grow more sophisticated by the year, and research into the subject exploded.

By 1951, biological scientists had discovered the mechanism by which Testosterone was able to enhance Nitrogen Balance and improve the rate at which the body synthesized lean muscle. This core piece of knowledge is 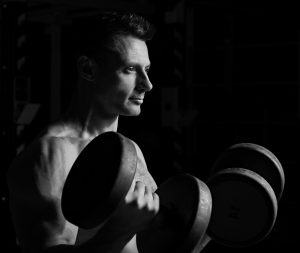 incredibly important because it proves a mechanism by which Testosterone Treatments could improve the lives of patients with cardiovascular disease by enhancing the body's ability to preserve and increase muscle mass. The body's ability to take the protein that is consumed in our diet and turn it into usable muscle is known as protein synthesis, and it is a necessity that the body period a healthy Nitrogen Balance to do so.

Good Nitrogen Balance improves physiological health in some ways, including strengthening the bones, muscles, and ligaments. When Testosterone Levels were low, it was discovered that damage to these organs was much slower to heal. During this same period, researchers found that Testosterone was also crucial for the synthesis of enzymes which encouraged the optimal function of other organs throughout the body.

Later on, medical scientists in the field of endocrinology were able to establish a positive correlation between healthy cholesterol levels and optimal Testosterone Function. In scientific experiments, they found that by boosting Testosterone, they could reduce unhealthy cholesterol and protect the body from cardiovascular disease.

Twenty years ago, Dr. Gerald Phillips released an influential article during his tenure at Columbia which strongly linked Testosterone Deficiency with a significantly increased risk of coronary artery disease. He also established strong links between Low-T and hypertension, obesity, and larger waistlines. 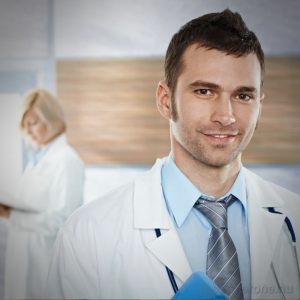 The Modern History of Andropause and Low-T Research

In the last twenty years, the study of Testosterone and its effects disorders by leaps and bounds, and there has been an increased incidence of researchers studying the link between Testosterone and Aging itself. Over the past fifty years, there has been a fantastic amount of study into the processes of Menopause, but male hormone decline has only become a topic of research much more recently. Medical scientists have now concluded that men experience their own form of Age-Related Hormone Decline and Deficiency, and it is now commonly known as Andropause (colloquially referred to as Male Menopause).

Menopause became a topic of study much more quickly because of how pronounced the symptoms were. Menopause and Andropause are similar Age-Related Conditions, but there are some critical mechanical differences. Menopause is sudden and is defined strictly as the period in a woman's life when 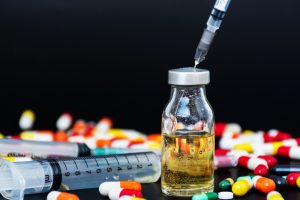 menstruation concludes. For men, however, Andropause is a much more gradual process, which significantly impacts masculinity, health, and wellness, but one cannot look and point at a period and conclude that that was when Andropause began.

Andropause can best be defined as the period when Testosterone Decline becomes symptomatic, negatively impacting the man's health. At this point, Free Testosterone concentrations drop dramatically, depleting the health of the patient. Although Free Testosterone plummets, Total Testosterone falls at an orderly rate from the thirties, onward, of 1%-2% annually.

When Does Low-T Become Symptomatic?

Many men don't become concerned with Age-Related Low-T until sexual symptoms begin to manifest, including Loss of Libido and Impotence. There is 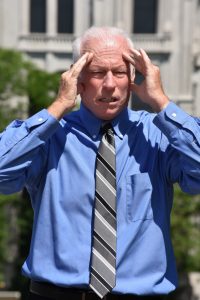 even evidence that supports the notion that once a man experiences impotence, he only has around twenty years left until the end of his life. Further research shows that Testosterone Deficiency and the decline of the Testes are indicative of the declining physiological health of other organs as well.

Modern research has painted a vivid picture of the benefits of Testosterone. Men that have more natural Testosterone than their peers have better sex drives and are more likely to have healthier and longer lives than their counterparts with lower Testosterone. For women, there is evidence that Testosterone Treatments can help treat Breast Cancer, slowing the progression of the disease. Rheumatoid Arthritis and Lupus are also associated with Low-Testosterone, as are other many other auto-immune disorders.

Today, there are many effective methods of Testosterone Restoration and Optimization. Bio-Identical Testosterone is easy to obtain and can be delivered effectively in many different ways, including Transdermal Testosterone Creams and Patches. Testosterone Injections are also safe and useful when taken under the guidance of a trained medical professional, but oral Testosterone has long fallen out of favor for its danger to the liver via hepatoxicity. Testosterone Dermal Implants are growing in popularity as well, tiny Testosterone cylinders which emit steady Testosterone throughout months. This form of treatment requires an outpatient surgical procedure, however.

Can Testosterone Give You a New Lease on Life?

Generations of Hormone Science have helped us learn about all of the fantastic benefits of Low-T Treatment. If you're interested in Testosterone Therapy and 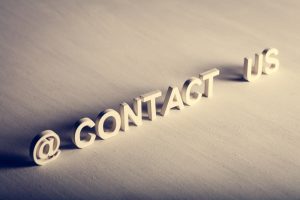 think that you are suffering from Andropause or Low-T, don't turn down the opportunity to get a treatment which could safeguard your health and potentially add many years to your life. Call or contact us today!