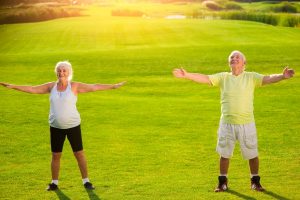 There are a ton of visible benefits of physical activity. Exercise makes us stronger and more toned, and it helps us lose weight. Many people are driven to exercise because they want to change the way they look or experience the benefits of being stronger and lugging around less body fat. There are also many benefits that are under the surface, but still highly noticeable. Many others exercise to boost energy levels, improve heart health, or just experience that post-workout high.

There are many benefits of physical activity that are less well-known, however. Let's discuss some of them:

People that exercise regularly can withstand more pain than those that don't engage in regular physical activity. Research has clearly shown that those that participate in vigorous activity on a regular basis have bodies which are more 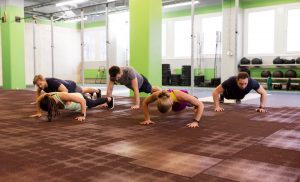 resilient to pain. There are even many that hypothesize that this pain resistance plays a significant role in an athlete's ability to sustain high levels of performance.

These benefits also appear to persist for those that just want to feel better. Many psychological and physiological responses can amplify pain response. For example, people that experience emotional or mental stress are less resistant to physical pain. People that exercise regularly have a vent for pressure, and they also precondition themselves to maintain performance through physical stress, which makes them more resilient in the long run.

There is strong evidence that regular exercise not only benefits the body but the brain itself. MRI research has shown that athletic competitors have increased hippocampus and basal ganglia volumes in comparison to those that are 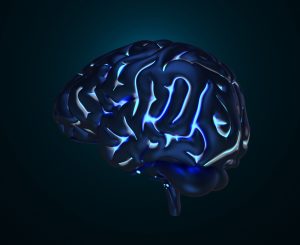 relatively unfit. These parts of the brain are intricately related to memory, behavior, action, and thought. This may correlate with benefits regarding these areas of brain function, but further research is needed to confirm or deny this hypothesis.

What we do know now is that people with less brain volume are more likely to experience severe neurological issues such as schizophrenia, depression, and Alzheimer's. There is also evidence that people that engage in activities which promote the growth of the Hippocampus have heightened spatial memory. Furthermore, exercise encourages the brain to form new connections between neurons, as well as develop new nerves, which raise the functional capacity of the human mind.

Exercise Stimulates the Release of Pheromones and Enhances Sexual Performance

Male sweat is laced with Androstadienone, a pheromone which is physiologically able to increase arousal and sexual attraction in women. The hormone is completely odorless, but the female brain can sense the presence of the pheromone and respond. Females also release their own pheromone related to Estrogen, known as Estratetraenol, which is believed to increase the attraction of men to women, though the link is less pronounced.

Improved Testosterone Levels associated with exercise also enhance sexual desire and libido in both men and women. It also increases sexual capacity in both sexes, increasing sensitivity and making it easier to generate physiological signs of arousal.

Everyone understands how important nutrition is to weight loss or to maintain a healthy diet, but evidence mounts that the act of training itself changes the way that our bodies desire and yearn for nutrition. People that engage in vigorous 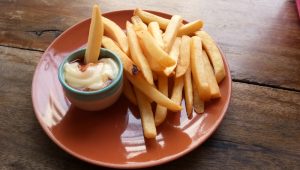 cardiovascular exercise are more likely to crave foods with fewer calories. The most prominent hypothesis for why this appears to be the case is that, the more we work out, the more we want water, so our brains seek out foods with a lot of water, but not necessarily a lot of calories.

Another common hypothesis is that, in the long term, physical exercise keeps hormone balance in check and stabilizes glucose levels in the bloodstream, which positively impacts the diet that an individual actively seeks out, making it easier to avoid unhealthy foods.

People that exercise regularly have a healthier digestive function, and food passes more readily through the intestines. This may seem counterintuitive, because the act of exercise, itself, suppresses digestive activity, but the improved circulation associated with the period after physical activity encourages the digestive system to function more optimally. In the long term, regular exercise can even reduce the chances of experiencing colon cancer, by speeding up the rate at which the lower digestive system expels the final product. Of course, exercise must be combined with water and fiber to produce the most potent benefits concerning digestive health.

Exercise Improves the Resilience and Structural Strength of the Human Body

Have you ever noticed that people that don't exercise regularly are more prone to injury? People that engage in vigorous, regular exercise change the physiological 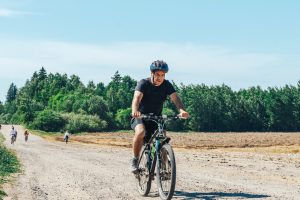 structure of their muscles, which reduces the risk of damage resulting from day-to-day activity. Muscles grow through a process of healing. Training leads to minor damage to the muscles, which is repaired after exercise, leading to increased strength and more structurally sound muscles. Even the bones become more resilient as a result of activity. The muscles wrap and reinforce the bones, changing their structure and leading to preserved bone mineral density. People that exercise is much less likely to break bones than their less-fit peers.