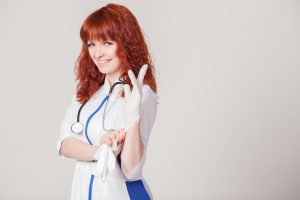 Two of the leading killers in the United States today are Heart Disease and Diabetes, and researchers have spent their entire careers working on treatments designed to treat, reverse, and prevent these two widespread and dangerous conditions. Recent studies provide increasing evidence that Testosterone HRT is one of many tools at the disposal of doctors looking to relieve the effects of Diabetes and Heart Disease, and, for patients with Testosterone Deficiency, Low-T Therapy may even be a preventative measure that could protect countless men across both the United States and the world.

A group from Sheffield, England, has produced convincing evidence that Testosterone, and Bio-Identical Low-T Therapy, have a strong affect on the manner in which fat and sugar are processed by the human body. In the recent past, Testosterone was thought to be problematic with regard to Diabetes, meaning that medical professionals once hypothesized that elevated Testosterone Levels would be associated with increased problems associated with Diabetes, but the body of research is quickly showing that the opposite is actually true, and that Testosterone Levels and Normalized Blood Sugar Levels are positively correlated. 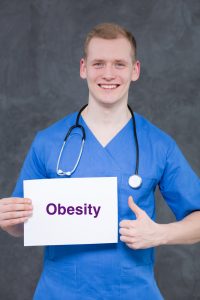 Diabetes and Low Testosterone are Both Associated with Obesity

One of the leading indicators and predictors of Type-2 Diabetes is obesity. Body fat has the unfortunate ability to convert Testosterone into Estrogen, and this is actually the primary way that the male body gets the Estrogen that it needs. Unfortunately, the body is not tuned to produce Hormone Balance in the face of excess body fat, and this leads to both abnormally high Estrogen Levels and abnormally low Testosterone Levels, both of which are extremely detrimental to male health.

In addition to converting Testosterone into Estrogen, Body fat also sends hormones to the brain which encourage the body to produce less Testosterone. Combined, this often leads overweight and obese men to experience chronically low and dangerous Testosterone Levels. Men that are overweight and obese are also prone to overeating simple carbohydrates and sugars, both of which cause blood-glucose levels to spike and skyrocket, which reduces the effectiveness of insulin, which is the leading cause of Type-2 Diabetes.

Men that have Diabetes are at a much higher risk of Testosterone Deficiency than those without Diabetes. One in every five men with Diabetes have noticeable and significant issues related to Low-T, including, but not limited to fatigue, depression, anxiety, erectile dysfunction, and lack of libido. Also, men with Low-T are more likely to experience medical issues such as Heart Disease, Atherosclerosis, Hypertension, and Diabetes.

The leader of this Sheffield Hormone Study, Doctor Daniel Kelly, was the premiere attendant of the most recent meeting of the Endocrine Society, owing directly to his work associated with Diabetes and Low-T. 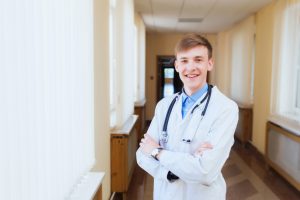 How Does Testosterone Promote the Healthy and Normal Processing of Glucose?

In Dr. Kelly's Study, he took laboratory mice that were designed to lack Testosterone, and analyzed how their bodies processed fat and sugar. What researchers found was stark and clear — Mice without Testosterone showed severe symptoms associated with both Heart Disease and Diabetes in humans. For example, fat consumed in the diet was no longer able to be effectively processed by the liver, leading the arteries and the liver to overload with fat. With regard to sugar, the muscles and the liver were significantly less effective at absorbing and processing sugar, leading the bloodstream to be overloaded with Glucose, which would inevitably lead to Insulin Resistance and Type-2 Diabetes.

Low-T can be Just as Dangerous as Testosterone Abuse

Dr. Kelly explains that Testosterone Deficiency not only increases the risk of cardiovascular disease and Type-2 Diabetes, but also increases the dangers associated with the conditions. He is among the growing number of doctors and medical professionals that believe that Testosterone Therapy could be one of the most powerful tools in the fight against both Heart Disease and Diabetes.

The goal of Testosterone Replacement is not to overload the body with Testosterone, but simply to restore Testosterone to the normal range for an adult male. There are millions across the United States that use Testosterone HRT, which comes in many forms, including Testosterone Patches and Creams for Low-T, and there are a variety of clear benefits that improve the health and well-being of the patient. For example, Testosterone Therapy increases libido and is highly effective at restoring normal sexual function, especially combined with other treatments, including Viagra and similar ED medications.

In order for Bio-Identical Testosterone to be used most effectively as a preventative measure with regard to Heart Disease and Diabetes, it is essential that researchers and physicians take the steps necessary to make sure that patients get the ideal amount of Testosterone needed to provide maximum benefit with minimal risk of detriment. 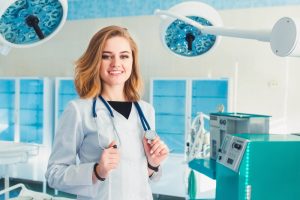 Is Diabetes the Cancer of the 21st Century?

As time has passed, and medical science becomes more sophisticated, the biggest threats to health and wellness continue to change. Life expectancies grew rapidly over the course of the 19th and early 20th century, and still continue to grow at a slower rate, but certain medical conditions place a significant cap on average life expectancy. At the turn of the century, diseases like tuberculosis, influenza, and the measles suppressed life expectancies significantly, and as those diseases were controlled, issues like heart attack and cancer that continue to be treated more effectively today became the biggest issues which suppressed life expectancies. Today, as cancer becomes cheaper and more effective to treat, diseases associated with longer lifespans such as Diabetes and Alzheimer's become bigger and bigger issues not only for patients, but the stability of the American healthcare industry.

One day, Testosterone Therapy could even be recommended for women, albeit at much lower doses. There is evidence that Feminine Low-T negatively affects women's health, but it will take years of additional research to fully measure out the potential benefits of treatment, along with the potential risks and the ideal dose. Also, Estrogen Therapy may benefit women much like Testosterone benefits men, but it's too early to say. 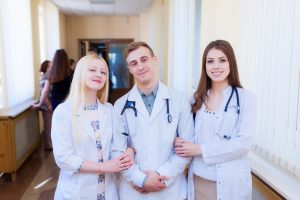 Could Testosterone Be the Weapon that We've been Looking For?

Another researcher, Dr. Ashley Grossman from Oxford, explains that Testosterone has long been mischaracterized by the medical community, and was thought to do much more harm, long-term, than current research bears out. Of course, heart disease is the result of a wide variety of risk factors, and there are valid hypotheses regarding why Testosterone was considered a potential risk, although these hypotheses are quickly being disproven.

As Testosterone Balance continues to show itself as highly beneficial to long-term health, it's leading to an explosion in positive Testosterone Research. On the other hand, many men take Testosterone as a result of advertisements they've seen on television or heard on the radio. There are some that are concerned that many men receive Testosterone that they don't need, or are not monitored closely enough to ensure the safety and effectiveness of therapy. Nonetheless, Testosterone, when prescribed correctly by conscientious medical professionals, appears to provide immense benefits to patients that suffer from Testosterone Deficiency or Age-Related Andropause.