Home » Hormone News » BPA Here, BPA There, What’s the Reason for the Scare?

BPA Here, BPA There, What’s the Reason for the Scare? 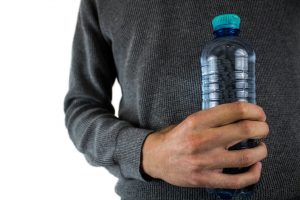 You’ve surely seen the labels “BPA free” on some products and food items. What’s that all about? What is BPA and why would some people go out of their way – and maybe even spend more – to avoid it? Let’s find out!

First, BPA is an abbreviation for “bisphenol A,” which is an industrial chemical that is used for making resins and plastics that are, in turn, often used for food packaging and home storage or consumption. It’s been in use for about 80 years. Around 8 million tons of the stuff are produced every year, making it among the highest-volume chemicals in the world.

The US Food and Drug Administration (which we all know as the FDA) has repeatedly stated that BPA is safe at the levels that scientists have found in many foods, citing numerous studies. But critics point out that many of these studies were funded by food industry groups who have an economic incentive to keep on using BPA. Let’s jump into the fray and see what we find! 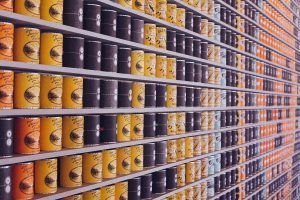 BPA is found in epoxy resins (often used to line metal food cans) and polycarbonate plastics (often used in food packaging, both as marketed to the consumer, and in aftermarket storage containers that homemakers might use in the kitchen). The resins can also be found inside water pipes, in bottle caps, in ordinary consumer goods (that babies might want to put in their mouths!), and even in dental sealants and composite fillings that your dentist might install directly in your mouth. Most plastic bottles, except the ones specifically designed to be BPA-free, contain the chemical.

Research indicates that BPA can leach out of the plastic or resin in which it’s embedded and be consumed via the beverages and foods inside.

BPA can affect the brain and the prostate glands of children and infants, both born and unborn, with possible negative effects on behavior. In adults, a link between BPA and cardiovascular disease, increased blood pressure, and type 2 diabetes has been shown.

According to ScienceDirect, BPA is also categorized as an endocrine-disrupting compound – which means it can mess with your body’s natural hormone levels; and also as a developmental, systemic, and reproductive toxicant. Especially concerning is their finding that absorbing BPA into your body can cause an abnormally low level of sex-specific neurodevelopment, meaning that the nervous systems of boys will not fully develop as boys should and those of girls will not fully develop as girls should. It can also interfere with normal cellular pathway functions, and lead to immune toxicity and neurotoxicity (that is, a poisoning of the chemical structure of the cell systems that transmit all our nerve impulses and protect us from infection by invading microorganisms).

About 90% of BPA exposure to humans is through ingestion of foods contaminated by exposure to it, with the remaining 10% coming from touching BPA-laced substances and inhaling dust particles exposed to it. A recent discovery is that sloppy plastic recycling procedures results in huge amounts of BPA-containing microplastics being released into the environment, especially our waterways, potentially putting endocrine-disruptors directly into the food chain, not only of humans, but hendreds of other species. It’s estimated that at least 93% of Americans have BPA in their bodies, and recent impact assessments indicate that increased prostate cancer, unnaturally early puberty, breast cancer, obesity, infertility, and other disorders are among the results. Canada recently became the first nation to ban the use of the compound in baby bottles. Surface water has been found to contain significant concentrations of BPA in the US, China, Korea, Italy, and other industrialized countries.

While environmentalists are working on methods to remove BPA from the environment, no major progress has been reported so far. In the meantime, what can we as individuals and families do to reduce our exposure?

As awareness of the dangers of BPA grows, more and more companies are offering BPA-free products – and, of course, they prominently label them as such, so they’ll be easy to find. Products containing BPA are especially – though not exclusively – to be found in plastic products marked with the recycle codes 3 or 7. 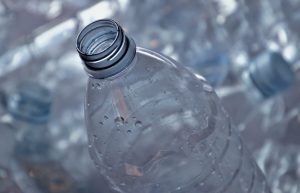 Another thing to avoid is heating any food while it’s in a plastic container. Instead, transfer to a glass or stainless steel container first. Even putting plastic containers into the dishwasher is a bad idea, since the extra-hot water and drying heating elements can break down the plastics slightly, and that’s enough to make even more of the BPA leach into your or your children’s food. Hand wash instead, with moderate heat! (Or switch entirely to non-plastic containers. If that sounds like a lot of expense, consider thrift stores, where glass and steel and porcelain containers are very cheap – just don’t put the steel containers into the microwave!)

Some other things to consider: Cut back on your use of canned foods, since almost all metal food cans are lined with BPA-containing resins. In the longer term, it might help to write to canned food manufacturers and sellers, asking them to switch to linings not containing BPA. If you think your hormone system has been damaged, a hormone clinic can do a workup and find out – and suggest methods to repair any harm that might have already been done.