It is a commonly known fact that men begin to lose testosterone as they age. 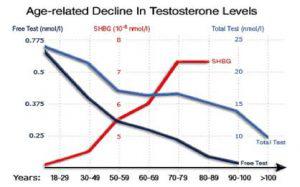 Also, there are other problems: increased risk of heart attack, prostate problems, sleep difficulties, decreased sex drive, erectile dysfunction or urination problems, and a host of other maladies too numerous to mention.

In an attempt to ward off the debilitating symptoms of this affliction, many men have undergone testosterone replacement therapy.

This therapy is done by injections of testosterone, under the care of a physician. These treatments have produced excellent results.

This approach has also benefited countless men who have tried any or all of these methods.

However, there is another insidious testosterone thief that men encounter on a daily basis, and most disruptors are unaware of this manhood-robbing bandit...

That's right...plastic! That seemingly harmless substance that is so convenient for delivering many of our household goods and our food is the culprit, according to a recent study by the University of Michigan. 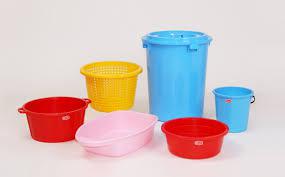 For the study, researchers examined exposure to chemicals called phthalates and testosterone levels in more than 2,200 people who took part in the 2011-12 U.S. National Health and Nutrition Examination Survey.

Phthalates are common in most flexible PVC plastics and many personal care products, according to the study published online, Aug. 14th, in the Journal of Clinical Endocrinology & Metabolism.

"We found evidence of reduced levels of circulating testosterone were associated with increased phthalate exposure in several key populations, including boys ages 6-12, and men and women ages 40-60," study author John Meeker, of the University of Michigan School of Public Health in Ann Arbor, said in a journal news release.

They also analyzed urine samples to measure concentrations of 13 substances left after the body metabolizes phthalates. Each participant's testosterone level was measured using a blood sample.

Researchers noted that among boys aged between 6 and 12 years, increased concentrations of metabolites of a phthalate called di-(2-Ethylhexyl) phthalate resulted in a 24 to 34.1 percent drop in testosterone levels.

For women aged between 40 to 60 years, the drop was between 10.8 and 24 percent. The numbers were alarming, to say the least.

Why are women involved in this study?

Testosterone, while primarily a male hormone, also plays a lesser but still vital role in the health of women as well as men.

But Boys are Especially Hit Hard 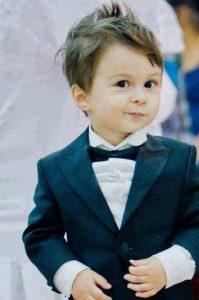 In recent years, there has been a decline in men's testosterone levels and a rise in related health problems, such as reduced semen quality in men and genital deformities in newborn boys, the researchers noted.

This lack of interest may be due to the explosion of video games and other electronic entertainment that diverts boys from becoming more physically active.

But the diminished testosterone levels cannot be ruled out or ignored.

The study results "support the hypothesis that environmental exposure to endocrine-disrupting chemicals such as phthalates could be contributing to the trend of declining testosterone and related disorders," Meeker said.

"With mounting evidence for adverse health effects, individuals and policymakers alike may want to take steps to limit human exposure to the degree possible," he concluded.

Testosterone is the male sex hormone produced by a man’s testicles, and to a lesser extent, in smaller amounts, by the ovaries in women.

While testosterone is stereotypically associated with masculinity, it also plays a role in maintaining muscle mass, bone density, red blood cells, and a general sense of well-being.

Low testosterone during infancy and childhood is especially dangerous.

During fetal development, low testosterone can lead to the incomplete formation of the sex organs (or a genetically male child that is born with female or ambiguous genitals), and during puberty, it may permanently affect growth and development. In boys, this may lead to:

Before we go any further, a closer look at phthalates is in order, so that we may better understand the harmful effect they have on healthy testosterone levels.

What is Phthalates? And Why is it so Dangerous?

Phthalate is a chemical that's commonly found in plastic and some personal care products.

It is known to have many adverse effects on a person's mental and physical health.

In the study previously mentioned by researchers from the University of Michigan, it was found that adults and young boys exposed to high levels of phthalates have reduced levels of testosterone in their blood compared to those with lower exposure to the chemical.

Many common household chemicals are known to act as endocrine disruptors, and most are found in plastic products. These compounds are similar in

The glands of your endocrine system and the hormones they release influence almost every cell, organ, and function of your body.

These hormones are instrumental in regulating mood, growth and development, tissue function, metabolism, as well as sexual function and reproductive processes.

Last year, the World Health Organization (WHO) released a report that suggested banning endocrine-disrupting chemicals (EDCs) may be needed to protect the health of future generations. According to the report:

"The diverse systems affected by endocrine-disrupting chemicals likely include all hormonal systems and range from those controlling development and function of reproductive organs to the tissues and organs regulating metabolism and satiety.

Effects on these systems can lead to obesity, infertility or reduced fertility, learning and memory difficulties, adult-onset diabetes or cardiovascular disease, as well as a variety of other conditions."

Phthalates, or “plasticizers,” are one group of endocrine-disrupting chemicals used to make plastics like polyvinyl chloride (PVC) more flexible and resilient.

They’re one of the most pervasive of the endocrine disrupters, and a new study has linked them to a very concerning health effect: lower testosterone levels.

Phthalates and other endocrine disrupters are nicknamed “gender-benders” because they appear to be causing the males in many species to become feminized. 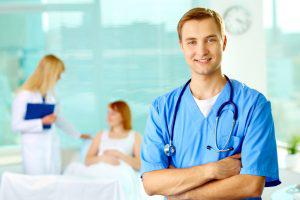 For instance, the more a pregnant woman is exposed to high levels of phthalates, the higher the risk her son will have smaller genitals and incomplete testicular descent, leading to impaired reproductive development.

It is believed that phthalates have these adverse effects because they reduce testosterone synthesis by interfering with an enzyme needed to produce the male hormone.

Previous studies on animals have also found that phthalates block the effects of testosterone on the body's organs and tissues.

Findings were published online in the Journal of Clinical Endocrinology & Metabolism.

Phthalates Exposure is Widespread in Children, Pregnant Women, and Others

If your home contains soft, flexible plastic flooring, such as vinyl or those padded play-mat floors for kids (often used in daycares and kindergartens, too), there’s a good chance it is made from phthalate-containing polyvinyl chloride (PVC). 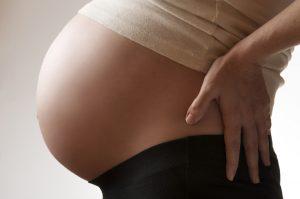 According to a report by Environment and Human Health, Inc. (EHHI), studies have shown women of childbearing age have significantly higher phthalate exposures than other adults (could this be because they also use the most cosmetics, which also contain phthalates?).

Also, the chemical has been detected in 100 percent of pregnant women tested.

Fetal exposure to phthalates is closely related to maternal exposure, so many, if not all, babies are starting out with exposure in the womb.

In childhood, children are further exposed to phthalates in consumer products ranging from toys, pacifiers, and food packaging to personal care products and crawling on vinyl flooring.

The chemicals are known to be a significant source of indoor air pollution as well, as they are emitted from many household goods, including not only flooring but also furniture, upholstery, mattresses, and wall coverings.

Phthalates have even been detected in infant formula and baby food, likely because they migrated from the packaging materials, and premature babies get a particularly rough start due to the high concentrations of phthalates they’re exposed to in the plastic medical equipment used during neonatal intensive care. 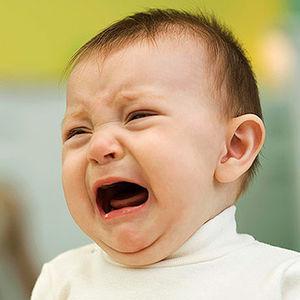 With each plastic tube that a newborn is hooked up to, the rate of phthalate exposure increases.

And for those premature infants who spend weeks and months in the neonatal intensive care unit, the exposure levels can be extraordinary.

EHHI found that male children exposed to phthalates through medical procedures are most at risk of suffering health effects, which include excessive inflammation.

Inflammation is known to trigger some diseases in premature babies, including a chronic lung disorder known as bronchopulmonary dysplasia and necrotizing enterocolitis, a severe intestinal condition.

Also, phthalate exposure has also been linked to:

Though researchers found an association between phthalates and lower testosterone levels, it didn't prove a definitive cause-and-effect relationship.

But the evidence appears overwhelming and is sufficient enough to warrant caution and concern.

Okay, I'm Convinced...so What Should I Do?

Here are some recommendations that you can put to use immediately to ward off this plastic monster:

The bottom line is this: maintaining an optimal balance of natural hormones in your body is crucial at all life stages.

For children and women of childbearing age, a particular focus on minimizing your exposures to endocrine-disrupting chemicals like phthalates is vital to protect healthy hormonal balance during critical stages of growth and development.

As an adult, reducing exposure to such substances is still essential, but so is optimizing your body’s natural ability to maintain a proper hormonal balance, and that is done, primarily, via your healthy lifestyle.