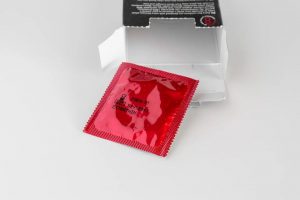 Big testicles have long been associated with higher masculinity and a proclivity for risk-taking. If you're a guy, it's almost inevitable that your friends will ask you if you Have the Balls to do any number of things. But how does testicle size actually relate to Testosterone production? Testosterone is the primary hormone associated with manliness, libido, and virility, and most of it is made by your testicles (though small amounts are produced in the adrenal glands). It stands to reason that larger balls equal more Testosterone, but does the science bear that common sense out?

In the world of professional wrestling, Vince McMahon is practically celebrated for his massive cajones, so big that commentators routinely quip about how it affects his walk and gait, giving him a signature strut. While wrestling is a soap opera for men, the societal assumption that big testicles promote manliness is real. The irony, of course, is that steroids and Testosterone actually lead to smaller testicles.

Studies Explore the Impact of Testicle Size on Testosterone Production

Luckily for us, there's a lot of scientific research out there about how our testicles work. Testosterone is intrinsically involved in development, fertility, psychology, and more. Testosterone helps maintain strong muscles, dense bones, and perhaps even an assertive character.

Research indicates that the size of your testicles likely has at least a small relationship to the amount of Testosterone that you can produce—though some of this research was conducted on animals. For example, among male sheep, the testicle circumference had a predictive relationship to not only Testosterone but aggression and sperm count. Bigger balls led to higher output in all three areas. Based on this study, the rams with the heftiest testicles were the ones to watch out for!

Scientists found a significant difference in Testosterone output dependent on the size of the ram's testicles. Goats in the bottom 10% in scrotum size produced half as much Testosterone as the goats in the top 10% in size.

Testicle Comparisons Among Primates and Humans

Researchers have also investigated the connection between the relative size of a primate's testicles and their sexual activity and fertility. Primates like macaques and chimps that are particularly promiscuous have larger testicles for their size. On the other hand, Gorillas have smaller testicles because they tend to rove in packs led by a dominant male with significantly less sleeping around. Between species, testicle size has a lot to do with sexual competition. In that field, humans have fairly average-sized testicles for their body mass. Smaller than the highly promiscuous primates but larger than species like gorillas.

While it may be useful to investigate the effects of testicle size in other species, it's important to recognize that this information doesn't necessarily cross over to humans. Every species will have its own quirks when it comes to how Testosterone influences development and function. Still, it provides evidence that may aid us in self-discovery. There's at least some correlation between the size of your testicles and your reproductive fertility. Science has shown that fertile guys have bigger testicles (on average) than men diagnosed as infertile.

What Does It Mean If I Have Big Testicles?

For one, it means that you aren't taking steroids. Chronic use of steroids can reduce sperm count, impede natural testosterone production, and lead to Testicular atrophy. Steroids and Prescription Testosterone both lead to feedback mechanisms that suppress normal production of sperm and Testosterone. There are ways around that, like Clomiphene Citrate, but it's otherwise inevitable during the duration of treatment. This is one reason why Testosterone Therapy regimens often recommend breaks from treatment every cycle to help sustain the natural health of the testes.

Though the size of Testicles from species to species tells a big story, the fluctuation from human to human may not be so strong, at least when it comes to Testosterone Production. Testicle size is most strongly associated with sperm count, but not necessarily Testosterone. Only about 1/5th of the volume of your testes is in the business of making Testosterone, whereas 4/5th of the testes makes sperm. While there is probably a small correlation between the size of your testicles and Testosterone Production, it's likely to be minor.