The Effects of Beer on Testosterone Production and Gynecomastia In spite of the efforts of Prohibition, drinking beer is one of America's most notable pastimes. In the 21st century, things are changing. A market once controlled by large national breweries is now divided into a burgeoning craft beer sector. Unfortunately, excess alcohol consumption has some significant effects on male physiology that can't be ignored. Most people are aware of the dreaded “beer belly,” but there are other issues associated with beer and alcohol consumption as well.


Video Download: The Effects Of Beer On Testosterone Production And Gynecomastia

Video Stream: The Effects Of Beer On Testosterone Production And Gynecomastia


Drinking Beer Can Cause Man Boobs

One of the more embarrassing problems that can arise when you chronically drink too much beer is gynecomastia. Gynecomastia is a fancy term for men growing breast tissue where it doesn't belong. There is currently a scientific debate going on regarding the effects of hops upon testosterone/estrogen balance, but there are factors at play related to alcohol consumption that can lead to man-boobs.

That's because the hops that are used to brew beer have properties which can be compared to estrogen. In high enough quantities, those hops could disrupt hormone balance and cause men to produce both more estrogen and less testosterone than they are supposed to. Specifically, these compounds are referred to as phytoestrogens. One of the symptoms of estrogen imbalance in men is man-boobs. 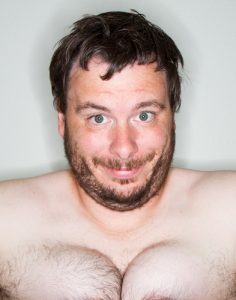 India Pale Ales, usually referred to as IPAs, are known for their tremendous hoppiness, and there is some concern that drinking too much IPA could lead to gynecomastia.

Do IPAs Cause Gynecomastia?

Though IPAs have a relatively high volume of phytoestrogens, the scientific debate appears to be concluding that they aren't a big deal. The quantities of these phytoestrogens are too low to contribute to Gynecomastia directly. That doesn't mean that you're entirely in the clear, however!

Though the effects of hops are relatively minor, alcohol consumption itself does contribute to Gynecomastia. That is because the liver is responsible for evacuating both excess estrogens from the bloodstream as well as processing alcohol. Your body places a high emphasis on extracting alcohol from your body, which can cause estrogen levels to rise, which both contributes to man-boobs and causes testosterone levels to plummet. 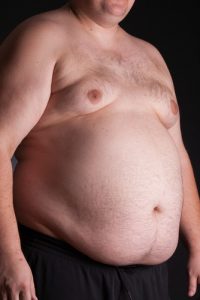 Testosterone deficiency is associated with many symptoms, such as increased body fat and reduced muscle mass, which will increase the likelihood of Gynecomastia, as well as overall unfavorable changes in body composition.

Another reason why Gynecomastia is a symptom of excessive alcohol consumption merely is that alcohol is loaded with empty calories. Beer, wine, and liquor don't make you full, but they still give your body calories that can be converted to fat. So you're eating just as much as you would be if you were sober, and likely even more as a result of impaired inhibition! This is an absolute recipe for disaster when it comes to your figure. Processed carbohydrates and sugars also contribute heavily to both testosterone deficiency and Gynecomastia for the same reason.

How Can I Boost Testosterone and Avoid Gynecomastia?

Moderation and Testosterone — One of the best ways to avoid man-boobs is to take steps in your everyday life to support healthy testosterone production. 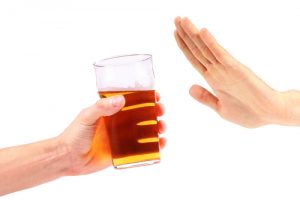 As we mentioned earlier, you should consider measures to moderate your alcohol consumption. This will play a huge role in getting your hormone balance in order, which will protect you from the effects of elevated estrogen and cortisol levels.

Exercise and Testosterone — Another thing you can do is get more exercise. The body releases testosterone in response to physical exertion. Though weight lifting and High-Intensity Interval Training (HIIT) provide the best results, any activity 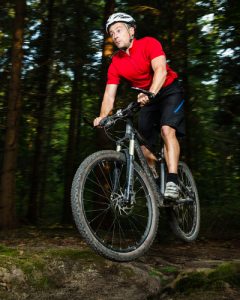 Good Sleep Bolsters Testosterone — One factor that most guys don't think about when it comes to testosterone is sleep. Peak testosterone production is associated with getting 7-8 hours of sleep every night. The body produces significant amounts of testosterone during sleep, and poor sleeping habits lead directly to diminished testosterone levels.

Reducing Stress to Boost Testosterone — Cortisol is a dominant catabolic factor which is designed to help us respond quickly in high-stress situations, but chronic stress depletes our reserves of valuable hormones such as testosterone and human growth hormone. Higher cortisol levels are also associated with increased estrogen reserves, which are a recipe for man-boobs.

Is Testosterone Replacement Therapy an Option?

Of course, no matter what you do, your risk for age-related low-T, also known as Andropause, increases. Licensed hormone clinics like ours work with men to restore testosterone balance and enhance vitality. Never use testosterone without a prescription or when you don't need it. Testosterone abuse is strongly associated with Gynecomastia because some excess testosterone is converted into estrogen, which can not only lead to Gynecomastia but other high-risk health issues. 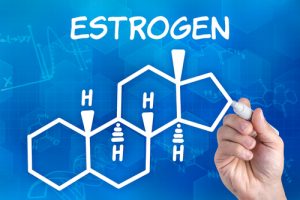 If during treatment, your physician recognizes that you are experiencing elevated estrogen, they will adjust the dosage and prescribe an estrogen blocker such as Arimidex to encourage optimal hormone balance and preserve the health of the patient.

Do IPA Beers Cause Gynecomastia? – The Interaction Between Man Boobs and Beer