The Effects of Testosterone on Asthma Prevalence Among Men and Women 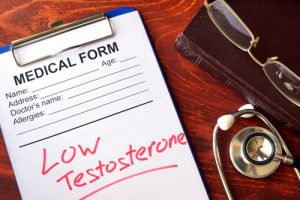 Testosterone is a potent Hormone that has huge effects on human physiological function. Most people are aware of the impact that Testosterone has on sexual function, strength, and body composition, but Testosterone also affects pulmonary health as well. These effects can be seen concerning both gender differences and about the impact of Low-T on male health.


Video Download: The Effects Of Testosterone On Asthma Prevalence Among Men And Women

Video Stream: The Effects Of Testosterone On Asthma Prevalence Among Men And Women

Though our understanding of Testosterone's many functions has grown tremendously in the past generation of medical study, there is still so much to 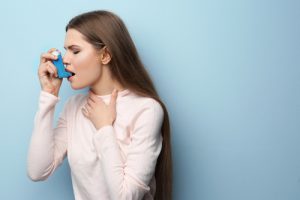 learn. Just this year, new research was published which presents substantial evidence that Serum Testosterone has a direct impact on the volume of a particular set of white blood cells that target human airways. In men, elevated Testosterone Levels keep this form of white blood cell in check, but women have a tendency to produce too many of these cells, which leads to an increased prevalence of asthma and bronchial/lung inflammation.

There are many autoimmune conditions which are impacted by sex-differences, but this is the first time that Testosterone has been directly implicated in asthma. Among adults, women are twice as likely to suffer from asthma as their male counterparts, though in young children, asthma is more predominant among boys. Females become more likely to suffer from asthma in direct relationship to surging sex-hormone levels during puberty. 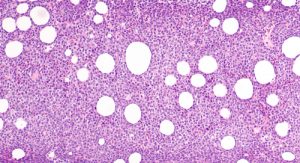 The body produces specific white blood cells to meet the needs of different systems. The lymphatic system manufactures Innate Lymphoid Cells which target the lungs and stimulate inflammation. There are multiple ILCs which target the lungs. Some of these cells trigger standard inflammation, while another form, called ILC2, triggers allergic reaction and asthma. We still do not fully understand how ILC2 is regulated, but it's clear that Testosterone plays a role.

The goal of this recent asthma research was to investigate how gender differences impact the volume of ILC2 cells in the bloodstream, and how that affects asthma risk. The study was conducted at the Vanderbilt Med School, with Dawn Newcomb acting as lead researcher. The title of the published research is “Testosterone Attenuates Group 2 Innate Lymphoid Cell-Mediated Airway Inflammation.”

In this study, researchers assessed Serum ILC2 Circulation among four different groups of participants, all of which were between the ages of 18-45. The study compared women and men suffering from asthma to men and women that were asthma free.

What was discovered was those control patients had similar ILC2 Levels independent of gender. On the other hand, women with asthma had elevated levels of ILC2 in comparison to their male counterparts.

After producing this medical data among human participants, the study then experimented with mice, modulating Testosterone Levels directly to examine the effects of Testosterone on ILC2 Concentration. Both mice and humans produce ILC1 and ILC2. They discovered that when Testosterone Levels were modulated upward, ILC2 Levels went down. The specific change was affected by an upstream cytokine known as Cytokine Interleukin 2 (IL-2). Post-pubescent female mice were more strongly influenced by Testosterone in this manner than prepubescent mice of both genders.

Testosterone Not Only Mitigates ILC2 Concentrations, but it Also Diminishes Inflammation

This study shows a lot of promise because it advances our knowledge of the underlying mechanisms of Asthma, which will inevitably help us create new 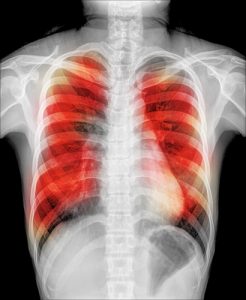 With this study, researchers have shown that Testosterone has an undeniable effect on pulmonary function and susceptibility to Asthma and other lung disorders associated with lung inflammation.

Treating Asthma is a Global Imperative

Asthma is a worldwide epidemic, mainly due to air quality resulting from global industrialization and modernization. In just 25 years, asthma diagnoses have risen by 100% across the world. To protect the health of men and women around the globe, we must both take action to clean up the environments in which we live, and we must come up with more advanced treatments to help patients live better lives in those settings.

Could This Study Provide Evidence that Testosterone for Women is a Viable Treatment Option?

Testosterone deficiency clearly has a negative impact on women's health as they age. It diminishes sexual desire and function, has an adverse effect on strength, and leads to an increased risk of osteoporosis and frailty. Though Bio-Identical Testosterone is not specially formulated for women at this time, it is undeniable that Testosterone Replacement Therapy will have specific formulations designed to bolster feminine wellness shortly.

For men, there is substantial evidence that, for men with Low-T, Testosterone Patches, Injections, and Creams do have the ability to not only improve strength and muscle mass but also to improve pulmonary capacity. Preliminary research has shown that low-dose Testosterone Therapy can help pubescent boys with asthma relieve their symptoms, and many boys naturally outgrow asthmatic symptoms as they progress through puberty. There is even some promise that Testosterone Treatments could improve asthma symptoms among aging men with Low-T. There is immense promise in this field of research, and time will tell.