Ensuring The Safety of Testosterone Replacement Therapy for Men

Late last year, an article was published by the Journal of the American Medical Association that suggested Testosterone Restoration was associated with an 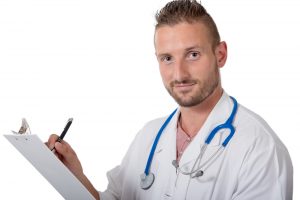 Mainly as a result of this study, the FDA now requires that all Testosterone Therapy Manufacturers clearly note these potential risks associated with therapy on every dose of Testosterone Treatment.

There's no reason to have issues with the FDA in this case because that's a reasonable step to take, but the study which precipitated this change in Testosterone labeling was highly flawed, and an example of media entities taking surveys in a vacuum and treating them as the definitive word on a particular treatment.

We might want to be skeptical or "trust but verify" by looking at other studies, because according to some studies, 1/3rd of men who suffer from heart attacks have low testosterone levels.

In reality, this Testosterone Study is highly flawed, at least when considered as a potential indictment against Low-T Treatment for men suffering from Testosterone Deficiency and Andropause.

There's even the risk that this study could lead patients who could seriously benefit from this form of Hormone Therapy Treatment to avoid life-changing treatment because of the unwarranted fears suggested by this study.

In fact, many medical professionals say the validity of this study about Testosterone Therapy prescribed and administered with care and caution is effectively nil.

Though we should still be cautious, and not dismiss the risks which are being claimed.

Over the past decade, there have been some studies providing strong evidence that Low-T Treatment with Bio-Identical Testosterone can both mitigate mortality risk while also safeguarding the heart from cardiovascular disease. 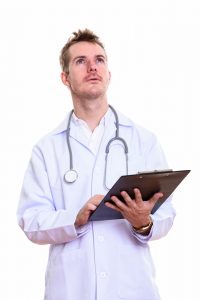 example, research released by the Journal of Clinical Endocrinology and Metabolism in June of 2012 provided the contradictory evidence of the JAMA study—and found that Testosterone Replacement significantly reduced mortality risk among veterans with Low-T by almost 40%. Those are findings that are hard to ignore.

It's also incredibly evident in the scientific literature that males with Clinical Testosterone Deficiency have significantly higher mortality rates than their peers.

Another study from JCEM, published in 2007, involving nearly 800 men from 50-91 years of age, presented evidence that men with deficient Testosterone Levels are at a much higher general mortality risk.

These patients were followed for a total of eleven years, and it was found that the bottom 25% of patients ranked by Serum Testosterone Concentrations had a 40 percent increased risk of death than those with normal Testosterone Levels. Low-T was also strongly correlated with cardiovascular disease.

How Can Testosterone Therapy Also Contribute to Heart Risk?

Now the JAMA study, when compared to the results of this 2007 JCEM study, begs the question—How can both Low Testosterone and Testosterone Therapy both be linked to increased mortality and heart disease risk? There are some reasons for this.

For example, in the JAMA study, the researchers explain that only six in ten patients ever had their Testosterone levels monitored after they were initially prescribed the therapy.

This is a significant issue because follow-up therapy is absolutely necessary both to assess the success of the treatment and to monitor for any potential side-effects. When undergoing testosterone therapy, one should get their testosterone levels measured via a blood test, every 3 months.

It was also found that on average, the patients that received Testosterone Therapy did not receive enough of the treatment to provide optimal benefits associated with Low-T treatment. 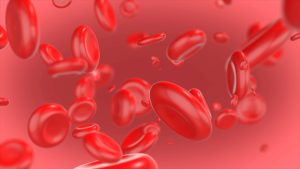 This is also a significant problem because many physicians that prescribe Testosterone to their patients don't pay enough attention to these two factors, which actually play the most prominent role in the more dangerous cardiovascular side-effects associated with Low-T therapy.

If these two factors are appropriately accounted for, the safety profile of Bio-Identical Testosterone increases dramatically.

In many patients, Low-T replacement therapy leads to a condition known as Erythrocytosis, in which the bone marrow produces more Red Blood Cells than usual, potentially leading to issues such as hypertension and blood clotting which increase the risk of some severe cardiovascular maladies. This condition causes the blood to become too thick.

There are two simple ways to treat this condition and mitigate the risks associated with it—dropping the dosage or draining blood (which can be as simple as visiting the local Red Cross). Unfortunately, the patients analyzed in the JAMA research did not receive this care.

Furthermore, patients in the JAMA study were not adequately monitored for estradiol levels. As a part of the natural hormone cycle of the human body, some Testosterone is naturally turned into estradiol.

This is called aromatization. Elevated Estradiol levels are the mechanism by which the body tells the brain that Testosterone production is too high, which suppresses Testosterone Levels and brings Estrogen back into balance.

Of course, when you take Testosterone Therapy, the signals sent to the brain by Estrogen have no impact on Testosterone Concentrations, which elevates Estrogen levels. 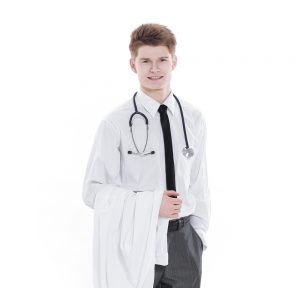 resulting from Estrogen or Testosterone.

Resolving the issues associated with elevated Estrogen levels is as easy as providing the patient with a single daily pill.

Arimidex (anastrozole) is an Estrogen blocker that suppresses the activity of Estrogen, including the negative effects associated with male cardiovascular profile.

The male body requires a specific level of Estrogen—not too high, and not too low. With the use of Estrogen Inhibitors and blood monitoring, it is possible to keep Estrogen Levels balanced, and it is possible to vastly improve the safety profile of Testosterone, which is not acknowledged in the JAMA literature.

Another issue with Testosterone is when levels are too high, too much of the hormone gets converted into DHT, also known as Dihydrotestosterone.

The levels of DHT in the bloodstream are directly correlated with the levels of Testosterone, so if a patient receives too much Testosterone and does not get adequately evaluated, he puts himself at risks associated with elevated DHT Levels, including male pattern baldness, prostate enlargement, and cardiovascular disease.

As you can see, there are risks associated with Testosterone Therapy when monitoring is not conducted properly, but most of these risks are related to byproducts of Testosterone that are the result of overdose or underdosing, which can be easily prevented or mitigated with regular monitoring and adjustments in the testosterone protocol.

By choosing a knowledgeable Hormone Therapy Provider, you can get the most out of treatment while also minimizing the risks associated with such therapy. 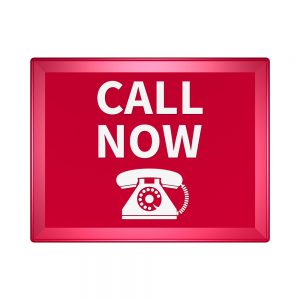 Don't let the risks outlined in this study prevent you from getting the care you need and deserve.

There is no reason to resign yourself to the slow physiological decline associated with Low-T. Talk to a licensed and board-certified clinical specialist to find out more.

Contact us to get your testosterone levels checked. We can speak with you about your options concerning testosterone deficiency and testosterone replacement therapy (TRT).

An update on heart disease risk associated with testosterone boosting