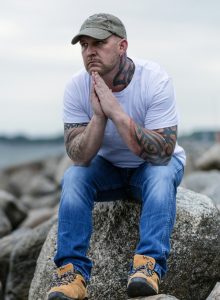 On screen, he plays a crime-busting officer, leading a crack team of elite men and women from the Immigration and Checkpoints Authority, in the TV series Point Of Entry.

But in reality, actor Bernard Tan has suffered for nearly three years from fatigue and a lack of motivation to go about his daily activities -- including acting.

"Initially, I thought I was overworked and that I should sleep more. Even after getting enough rest, I still felt that way," the 49-year-old bachelor said yesterday.

But a pamphlet he came across in a clinic recently made him realize that he could be suffering from hypogonadism -- or testosterone deficiency syndrome.

"I actually took the pamphlet because I wanted to get the same hairstyle as the male model featured on it," he quipped during a media briefing at the Grand 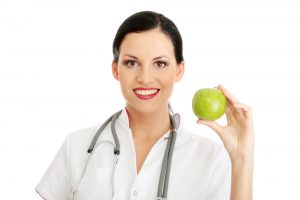 In the end, he did not get the hairstyle as his hairstylist told him that his hair would have to be damaged to achieve the look.

But he did find out what was wrong when he went through a checklist on the pamphlet, which was on hypogonadism.

"I realized that I answered ‘yes' to seven of the ten questions on it," he explained.

He decided to seek treatment for the condition, which typically affects men aged 45 years and older. About one in four men in that age group has some degree of testosterone deficiency, said medical experts.

Professor Peter Lim, a senior consultant urologist at Gleneagles Hospital and president of the Society for Men's Health Singapore, explained: "People think testosterone is all about sex. But it isn't. It concerns (all) your bodily functions."

Low testosterone levels can cause problems such as high blood pressure, heart disease, and high cholesterol levels, he said.

A person's sex drive will also be affected.

He sees about five such cases a day and, of all the cases he sees a month, an average of two are initially misdiagnosed as depression cases.

"It is only when their psychiatrists realize that they are not responding properly to treatment that they refer these patients to me," he said.

The condition is diagnosed through a blood test and can be treated with oral pills, injections or with a gel that can be applied to the abdomen or shoulders. Prof Lim added that men should seek treatment to avoid affecting their personal and social lives.

Tan explained: "People don't talk about this because they associate it

"But it is good to come forward to get it resolved. Don't keep saying it won't happen to you."

Low Testosterone: How Do You Know When Levels Are Too Low?