If a man lives to be eighty, there is more than a ninety percent chance that he will 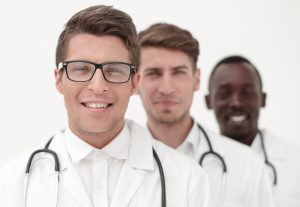 experience a measurable level of Prostate Enlargement. A large chunk of those men, around forty percent, will need some form of medical intervention for BPH.

BPH represents a significant strain on the health care economy because it is both widespread and can be expensive to treat. It is believed that Benign Prostate Hyperplasia leads to billions upon billions in cost to patients nationwide, both in the form of treatment and in terms of medical leave from employment.

Of course, there are almost certainly other costs involved which have not been accurately assessed, so there is a high intangible cost to BPH as well.

Recent research published by the University of California at Santa Barbara brings us closer to understanding the underlying issues which lead to BPH. This study provides strong evidence that abnormally high levels of testosterone can increase the risk of Prostate Enlargement in male patients.

This study uses data collected from a Bolivian indigenous tribe known as the Tsimane, which are extremely isolated from outside human contact. Michael Gurven and Benjamin Trumble collected data from 350 tribesmen and compared them to the general American male population.

When comparing the Tsimane to the average American male, it was discovered that the tribesmen have significantly smaller prostates than their American counterparts—62% smaller, controlled for age.

So, in the United States, it appears that BPH is all but inevitable for aging men, but among this isolated group, BPH is practically non-existent. This BPH-Testosterone Study was published in the Journal of Gerontology: Medical Sciences.

There are previous studies that corroborate that there is a connection between Benign Prostate Hyperplasia and Testosterone. Many studies have been conducted using men without Testes, and eunuchs, which have shown that these populations have exceedingly low rates of prostate enlargement. Furthermore, 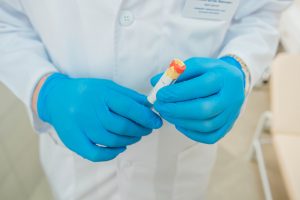 there has been a great success in treating both Prostate Cancer and Benign Prostate Hyperplasia using medications that suppress Testosterone Production.

This study furthers that knowledge that was gained in these past studies, by showing that below-Average Testosterone Levels are associated with lower BPH Levels, in addition to men with exceedingly low or non-existent Testosterone Production. Tsimane Tribeman produces about 70% of the level of Testosterone as an average American male.

The Tsimane are also much healthier in many ways than the average American Male. They have significantly lower rates of diabetes, heart disease, hypertension, and diabetes, for example.

When Tsimane Males were assessed as a closed group, the size of a man's prostate was still mostly correlated with his innate Testosterone Levels. Men with more Testosterone had bigger prostates. This is important to consider because an increasing number of men both nation- and worldwide are using Testosterone Replacement Therapy Treatments to alleviate the effects of Low-T, Andropause, and Testosterone Deficiency. As men continue to turn to these treatments, it's crucial that medical researchers fully evaluate the potential risks inherent in the treatments.

One of the researchers, Trumble, is concerned that many men that take Testosterone Injections, Creams, and Patches for Testosterone Replacement are putting themselves in a position where they are the guinea pigs for future treatment.

There are many variables and unknowns at play concerning Low-T Treatment, and it's possible that some men, especially those that choose to abuse Testosterone, are putting themselves in a position of risk.

Estrogen Replacement Therapy was used quite heavily during the span of the 1980s through the turn of the century. The stance on Estrogen Treatment changed quickly and dramatically after the WHI Study was released, and showed that many women taking Estrogen Therapy were at an increased risk of certain cancers, including Breast Cancer, many forms of which feed off of elevated Estrogen Levels in the bloodstream to grow and advance.

In the Tsimane Study, there was no attempt to measure the tribesmen for the

Furthermore, the treatments for Prostate Cancer mainly revolve around medications that suppress Testosterone and Androgen Production. Of course, there is also evidence that Testosterone does not necessarily increase the risk of Prostate Cancer, but can exacerbate the condition.

Why is this Testosterone Research Important?

As Testosterone Replacement Therapy becomes more popular and more common among aging men, it is essential to catalog both the drawbacks and the benefits of such treatment. It is quite clear that in the American population, Testosterone Production drops over time.

This period of decline is also associated with a period of physiological decline. It can be easy to try to connect the dots and say, “More Testosterone equals a Return to Youthful Vigor.” Still, it could be that this decline in Testosterone Production over time is not entirely problematic, but could protect the male body in some ways.

Testosterone Treatments can cancel out this decline in Testosterone Production, and many benefits become apparent for some patients—increased energy, stronger sex drive, improved erectile function. Still, it may also come with some risks which cancel those out, especially when used to excess.

On top of that, Testosterone Supplements do not provide a steady and constant stream of Testosterone and can impact your body's natural Hormone Rhythms.

Physician-Mediated Testosterone Replacement Therapy is the only way to get real medical treatment to improve Testosterone Levels and provide consistent benefits that minimize risk. However, there are still unanswered questions regarding the use of Testosterone for such purposes.

The researchers in this study don't aim to demonize Testosterone or the legitimate use of Testosterone Therapy; they simply wish to inform the patient and consumer so that they can make a more informed decision about their body 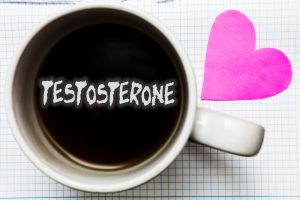 Researchers comparing Tsimane males to American males found that among Tsimane with diagnosable Benign Prostate Hyperplasia, less than one percent had prostates that exceeded forty centimeters cubed, which is generally the size at which American physicians begin to consider pharmaceutical intervention and surgery for BPH.

Among American males, around half of males seventy years or older had prostates that crossed this threshold of size.

Researchers in this study not only evaluated Prostate Size as related to Testosterone but also Diabetes Risk as associated with Testosterone. In particular, the study evaluated Tsimane and American males about HbA1c otherwise referred to as Glycated Hemoglobin. If HbA1c counts remain chronically high, this can eventually lead to diabetes.

The study found that HbA1c counts among the Tsimane are highly correlative with Prostate Size, even though none of the men were at risk of diabetes.

Most of the men studied had fairly normal blood-sugar levels, but the variance among them was still correlated with increased Prostate Size. In the end, both Testosterone and HbA1c count were associated with larger prostates.

What do the Health Characteristics of the Tsimane Reveal about Ourselves?

The Tsimane, being an isolated people, interact with the environment in a way that largely mirrors those of our ancient ancestors. They live a life much closer to that which our bodies were originally designed for, and can thus reveal the human physiology in a more “ideal” state, about many aspects of our biology. Of course, medicine, sanitation, and other parts of modernization have provided us with many health benefits, but we've also hurt ourselves in many ways.

We are more sedentary, and we eat diets that are culturally derived rather than derived from our natural surroundings, for example. Using the Tsimane, we can see how tight-knit family networks, natural immune systems, exercise, and subsistence diet impact the health of human beings.

Many of the worst health issues which afflict us today, such as heart disease and diabetes, are the result of cultural changes brought on by rapid industrialization and modernization. Our genetics simply haven't had time to catch up to our new surroundings, and likely won't for thousands of years without technological intervention.

Diabetes is a Modern Malady

Adult-Onset Diabetes is one of the clearest diseases which are caused directly by modern cultural and technological advances. In areas of the world where diets are not more varied and less abundant, Diabetes is hardly an issue.

In America, however, our obsession with carbs and sweets, combined with our low activity levels on the whole, make it a devastating medical disorder which is practically non-existent among groups such as the Tsimane, or other countries where food availability is more varied, and caloric intake, on the whole, is lower.

If the Tsimane start to experience modernization, whether, in diet or other aspects of their existence, it would be logical to hypothesize that they would

begin to experience more of the issues which afflict men and women in first world nations, including Diabetes, BPH, and Heart Disease. For now, however, these societies, and other societies across the world, help us understand how diet and culture impact physiological health.

The final conclusion regarding BPH in this study is that a sedentary lifestyle, abundant resources, and minimal pathogenic risk create a world where BPH is not only prevalent but widespread with age. This entry was posted in Is it Low T. Bookmark the permalink.