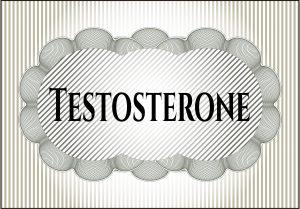 Testosterone. When that word is mentioned, the first things that often come to mind are huge muscles...powerful libidos...social and business dominance, and primal aggression.

All of these mental images may be true. But these traits are not the entire testosterone story...far from it.

Think about this. Testosterone is a hormone. The thyroid gland also produces hormones.

When the thyroid hormones are out-of-whack, it is a given that medication will be prescribed immediately and unquestioningly. Treatment will continue as long as necessary, probably for life.

And with good reason. The thyroid gland performs several vital functions for our metabolism and well-being, and it needs to be kept working smoothly and efficiently. 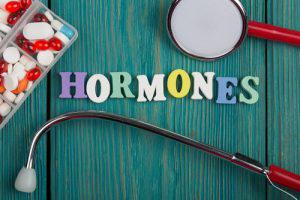 The case was made earlier that the testosterone hormone is every bit as vital to a man’s continued good health as the thyroid gland.

Yet for some reason, physicians are nowhere near as quick to prescribe testosterone replacement therapy (TRT) for testosterone deficiency as they are for thyroid medication, or for that matter most other medications as well.

Low testosterone is dangerous...deadly severe and deserves every bit as much attention as any other medical problem.

Yet inexplicably, there is still no consensus among doctors as to what low testosterone is, if it is considered a disease and if it should be treated.

When men begin to notice the symptoms mentioned above of low-T and blood testing reveals low testosterone levels, they often hear the depressingly familiar refrain of “it’s just natural aging” and may not receive TRT.

Another scenario is that many physicians will not prescribe testosterone unless symptoms of low-T become critical.

This reluctance could be due to unfair bias against testosterone due to its abuse by professional bodybuilders and its resemblance to anabolic steroids.

Nothing could be further from the truth. Adequate levels of testosterone are essential for a man’s continued good health; anabolic steroids are not necessary for good health and often cause nasty side effects.

Still another bias that men who are miserable as a result of low testosterone face are that doctors are concerned with the potential side effects of TRT. 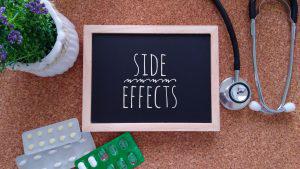 cancer, heart attack, stroke, type 2 diabetes were, and to some still, are considered as possible side effects of TRT.

The supreme irony is that men with Low-T are far more likely to experience these conditions than men with normal testosterone levels.

More irony: for years, a now-discredited study that claimed that testosterone caused prostate cancer, was cited as a reason to deny older men the life-saving therapy.

The contradiction in this line of reasoning is apparent. Young men’s bodies are flooded with testosterone, yet how many young men have prostate cancer in comparison to older men?

However, the Times are Changing

Numerous studies have demonstrated that TRT when administered under proper and professional medical supervision, is generally well-tolerated by older men.

There is still debate that resembles a “which came first, the chicken or the egg” question: Is the poor health of aging men due to low-T, or did low-T cause their poor health?

There is still not a definitive consensus. But regardless, the pendulum has swung in the direction of the health benefits of TRT.

The Veterans Administration (VA) recently investigated some men experiencing low-T and compared those who received TRT with those who did not.

results concluded that the low testosterone men who received TRT had only a mere half the risk of dying over a three-to-four year period!

In spite of this definite conclusion, there was an editorial attached to the study that urged extreme caution in recommending testosterone replacement therapy.

The article also warned against using the study’s findings to “not overly influence clinical decision-making.”

That recommendation is sad...truly sad and pathetic. Even though the study found that not giving TRT to men with low testosterone raises their risk of severe illness and death dramatically – perhaps even twice as much – the study seemed reluctant to prescribe testosterone.

This hesitancy is the exact opposite response to the overwhelming number of medications prescribed for countless afflictions.

In fact, there are many well-known examples of prescriptions used before there was sufficient time to determine how prevalent and dangerous the drug’s side effects were.

In these tragic cases (Vioxx, fen-phen, Celebrex), the consequences of physicians being “quick-on-the-draw” with their prescription pads were horrendous...and all-too-often fatal.

But for some reason that is indeed not the case with TRT. The problem with this overly cautious approach is that doing nothing to help men with low-T often causes the results that doctors are trying to avoid by not treating them.

In that VA study, the men were between 40 and 79 and had a broad range of health issues.

There were more than 5,000 men in the study, and approximately 21% were under the low testosterone range of 250 ng/dl. Until recently 350 ng/dl was considered small, so the men under 250 ng/dl were in the deficient 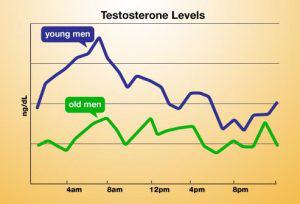 From the very low-T group, about 40% received TRT. It is unknown why 60% of the men with very low-T were not treated.

The good news? The men treated had twice the survival rate as those who were untreated. Also, the treated men suffered no severe side effects from the therapy.

Keep in mind that many of the low-T men were suffering from severe medical conditions: osteoporosis, diabetes, heart disease, erectile dysfunction, and other dangerous situations.

In spite of their medical problems, testosterone replacement helped them. Not undergoing TRT proved harmful to the men who were untreated.

The Evidence Keeps Rolling In

The studies continue to demonstrate that there is a need for testosterone replacement therapy in aging men with low or even low to medium testosterone levels.

This need is mainly the case when it comes to that dreaded condition called obesity. Low-T is linked with obesity, especially damaging visceral obesity (belly fat). 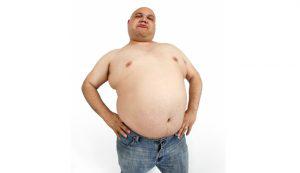 Belly fat not only looks disgusting.

If all of those problems weren’t bad enough, consider this: an expanding layer of lard around the midsection can trigger fat accumulation in many crucial organs, especially the liver, which is something that no one needs.

Medical professionals agree that all types of obesity are not the same.

No kind of obesity is healthy, but visceral obesity is undoubtedly the worst of the worst.

TRT can “zap the fat” and vaporize the inches wrapped around your midsection like a giant donut.

Not only will you look better. You will feel better as well once testosterone has shredded the fat from your belly.

There are additional benefits that testosterone replacement delivers that contribute to weight-loss. Here is a review of these benefits and why restoring testosterone works so efficiently in bringing back your youthful health.

Testosterone binds to proteins in the body named androgen receptors. The job of these receptors is to control a broad range of internal bodily functions.

If your testosterone levels are low, these receptors cannot carry out their work. This is the primary cause of the many health problems mentioned earlier.

With TRT, the androgen receptors receive the amount of testosterone that enables them to get back to work.

There are androgen receptors in the brain that activate your sex drive. When they are not receiving adequate testosterone they lag, as does your libido.

But when they receive a testosterone “fill-up,” they roar back to life -- again, as does your desire.

Exercise is a crucial component of battling obesity and muscles contain androgen receptors.

As with the brain, if testosterone levels are low, the muscles weaken, and your energy plummets. This combination makes exercising far more challenging.

But TRT solves this problem as well. Restoring testosterone pumps up your energy levels and makes you feel like working out -- perhaps for the first time in a long time.

This increases muscle mass, which speeds up the metabolism which allows your body to burn more calories while you are resting. The result? Weight-loss!

Insomnia is another obstacle to weight-loss. The equation is simple: less sleep = lower testosterone. 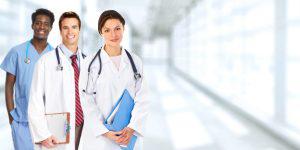 to sleep disturbances, and when TRT gets busy, the result is often an improved ability to fall into a deep, restorative sleep and stay asleep.

This in and of itself boosts your testosterone levels.

If you have suffered or are currently suffering from any of the afflictions mentioned above, contact our clinic for a free, no-obligation discussion of what benefits TRT can deliver to you.