Home » Diets » Could a Revolutionary Weight Loss Strategy Be on the Horizon?

Could a Revolutionary Weight Loss Strategy Be on the Horizon? 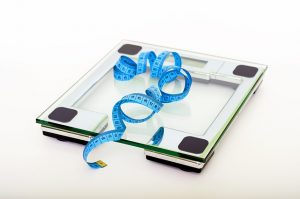 Obesity is a national epidemic in the United States and a growing problem across the world. As more and more countries are stabilizing their food supplies, they begin to have to deal with issues like overeating and obesity more often.

According to the WHO, there are almost 1.5 billion men and women across the world that are clinically obese or overweight. On top of that, there are more than forty million boys and girls under five years old that are at least overweight.

Video Download: Could A Revolutionary Weight Loss Strategy Be On The Horizon Part 1

Video Stream: Could A Revolutionary Weight Loss Strategy Be On The Horizon Part 1

Video Download: Could A Revolutionary Weight Loss Strategy Be On The Horizon Part 2

Video Stream: Could A Revolutionary Weight Loss Strategy Be On The Horizon Part 2

Our bodies just aren't designed to withstand obesity, and it incredibly detrimental to our long-term health. For example, the eating habits associated with obesity significantly increase the risk of Adult-Onset Diabetes. Type-2 Diabetes is a form of Insulin Resistance, which reduces the ability of the body to transport energy, in the way of glucose, to target cells throughout the body.

Obesity can even lead to infertility or suppressed fertility. Adipose fat encourages the conversion of Testosterone into Estrogen, which can lead to low sperm counts and erectile dysfunction in men.

There is even growing evidence that the hormone imbalance associated with Obesity increases the risk of neurodegenerative conditions such as Alzheimer's and Dementia, as well as reducing overall cognitive health and function via fatigue and reduced blood supply.

Obviously, obesity is a dangerous epidemic, which has led governments, pharmaceutical companies, and other organizations to invest billions and billions of dollars into finding ways to help get this epidemic under control.

New research released in the academic journal, Nature, suggests that there may be a way to increase the rate at which a particular kind of fat metabolizes—known as brown fat—allowing it to be burned more quickly, leading to increased weight loss.

Also, this research hypothesizes that it may be possible even to turn stored fat energy into brown fat, which can improve body composition and lead to lower body weight. The lead investigator in this study was Thorsten Gnad, a German Researcher from the University of Bonn.

What Is the Difference Between White and Brown Fat?

Two kinds of fat are present in human beings, and all mammals—white and brown fat, and both forms of fat perform significantly different functions and have very different metabolic profiles.

White fat is the kind of fat that most people think of when they think about “fat.” White fat is distributed around the midsection and core of the body, and the body keeps this fat in case it needs an emergency source of energy. It's also challenging to burn this form of fat because our bodies are designed to maintain it as a last resort.

Our bodies also have a second form of fat, however, known as brown fat. Brown fat is not stored for emergencies like white fat but is burned continuously to keep body temperature stabilized and to keep us warm.

In fact, the two categories of animals that have the brownest fat are babies who have just been born (including in humans) and mammals that go into hibernation.

Although human adults don't carry as much brown fat around with them, they do still need and have some brown fat. Although human beings do carry around a lot of fat, the majority of this fat, by volume, is white fat.

Women average around 25% body fat, whereas men average approximately 20%. Dependent upon the body fat composition of the individual, only between 3-7.5% of body weight is represented by brown fat.

The amount of brown fat that a person has is largely dependent upon their level of physical activity. People that exercise less don't have as much brown fat as those that exercise regularly.

This is because people that exercise regularly need more energy available to meet the needs of their activity level.

This is why it's incredibly important to exercise in combination with a strict diet to both maximize weight loss and keep the weight off after you have reached your goal weight.

It takes effort and exercise to convert white fat into brown fat, and dieting alone won't accomplish that.

Is It Possible to Genetically Alter the Way That We Burn Fat?

One of the authors of this study, Dr. Alexander Pfeifer, explains that there may be other mechanisms by which we can facilitate weight loss, using this knowledge of how brown and white fat work.

He hypothesizes that if it were possible to “turn on” brown fat and increase its metabolism or therapeutically convert white fat into brown fat, it would be possible to medically induce weight loss by inducing an “athletic” body fat state, even without exercise.

Of course, exercise would be an essential part of any healthy weight loss regimen, but by speeding up the body composition changes associated with exercise, or allowing those with limited mobility to benefit from increased brown fat, it would be possible to treat weight problems more quickly. 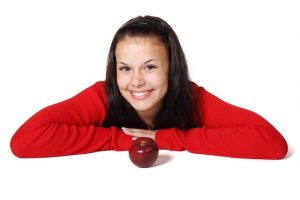 Some people, especially older people and people that are significantly overweight, could really benefit from this area of research because they are the ones with the most issues engaging in healthy exercise.

Dependent upon the safety of any medical treatment that facilitates these changes, they could become widely available to anyone in need of weight loss.

This is a relatively new field of research. Although scientists and health experts have long recognized that the human body houses both brown fat and white fat, it is only in recent years that they have known that the body can naturally convert stored white fat into active brown fat.

It's still years in the future, but current evidence suggests that we will one day have the capability to key into the body's conversion process and facilitate that change.

Adenosine and Caffeine Stimulate Metabolism in Brown Fat, but Not White Fat

Now, to the research at hand—Dr. Gnad and his associates have focused their efforts upon one particular receptor site in brown fat cells. This receptor is activated by Adenosine and is referred to as A2A. Adenosine is a hormone that the body produces when it is under stress, to increase metabolism and alertness. Most people are aware of an herbally derived analog of Adenosine—Caffeine.

Many people use caffeine not only to increase alertness and ward off mental fogginess, but many people also use caffeine as a performance supplement.

Caffeine boosts metabolism and energy levels during exercise, and athletes, bodybuilders, and fitness buffs often use caffeine before workouts to increase exercise capacity.

Even though bodybuilders have long used caffeine in their pre-exercise routines, we are still learning a lot of the mechanisms by which Adenosine and its analogs interact with the body. About the A2A receptor, Adenosine facilitates increased fat-burning power.

Interestingly enough, white body fat does not have A2A Receptors, and this appears to be the primary reason why White Fat cells don't burn energy nearly as fast as their brown counterparts.

Dr. Gnad and his research associates performed animal research in which they introduced the A2A gene to White Body Fat Cells, and this led directly to increased metabolic activity in the White Fat. Mostly, the researchers proved that it is possible to directly convert white fat into brown fat by merely introducing these A2A Receptors to the cells. 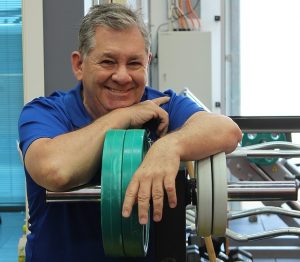 There have been other studies that attempted similar results without success. Earlier studies monitored the impact of Adenosine upon hamsters and rats.

In these mammals, Adenosine suppressed Brown Fat metabolism. Because of this, researchers hypothesized that the result would be the same in humans.

Upon further study, however, it appears that rats and hamsters are designed differently and that humans and mice respond oppositely to Adenosine, by stimulating metabolism.

This research is fascinating, and perhaps five or ten years down the road, this research will lead to real and surprising changes in our battle against weight loss. Of course, there are also other mechanisms by which this process can be stimulated. A2A is not the only means to boost brown fat metabolism that has been discovered.

Why Do Our Bodies Store White Fat So Readily?

Another study was released earlier this month in the academic journal, Cell, in which researchers discovered how to convince brains in mice to produce more brown fat and thereby increase metabolism.

In this study, designed by representatives from Yale Medical School, researchers discovered that there is a hierarchy of “fears” which control how the brain optimizes metabolism.

Two of the primary motivations which stimulate or suppress metabolism is the fear of freezing and the fear of starving. One reason why the body is so slow to convert white fat into brown fat is that the evolutionary mechanisms to prevent starvation are stronger than those to prevent freezing.

Of course, now that modern first-world societies have effectively eradicated starvation for the vast majority of their populations, now it's more important, at least in a first-world context, to figure out ways to facilitate weight loss and increase brown fat in relationship to white fat.

Perhaps advances in stem cell research and hormone therapy will play a roll in this mechanism for weight loss.

For now, there are steps you can take, like exercising regularly, which can increase the volume of brown fat, thereby increasing metabolism and improving weight loss gains. Perhaps shortly, it will be possible to treat obesity as a disease, rather than as a lifestyle condition.

The more that we learn about obesity, the more that it becomes clear that obesity is both a lifestyle issue and a disease, like many other conditions such as heart disease.

By discovering new mechanisms to stimulate a healthier body composition while also encouraging individuals to make smarter lifestyle decisions, one day, Obesity may be a thing of the past.