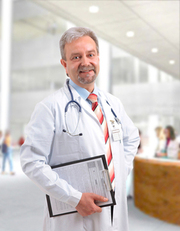 Endo Health Solutions ' ( ENDP ) top line has been under pressure over the past few quarters due to declining sales of its key drugs. Sales have been hurt by generic competition. Endo recorded sales of $584.9 million in the fourth quarter of 2013, down 22%. Soft sales of painkillers, Lidoderm and Opana ER hurt the top line.

To combat the generic threat, Endo has been signing deals/making acquisitions and also looking to introduce new products. The recent approval of Endo's Aveed (a long-acting testosterone undecanoate injection) by the U.S. Food and Drug Administration (FDA) is a positive for the company. Aveed has been approved for treating adults suffering from hypogonadism (deficiency/absence of the male hormone testosterone).

The FDA approval was gained on the basis of encouraging phase III data on men suffering from hypogonadism in the U.S. The 84-week study evaluated men with an average age of 54 years and a serum total testosterone level below 300 ng/dL. Taking into account the risks associated with the use of Aveed, the drug will be distributed through a strict Risk Evaluation and Mitigation Strategy (REMS) program.

The path leading to the approval of Aveed in the U.S. has been anything but smooth. The FDA issued a complete response letter (CRL) to Endo on Aveed in the second quarter of 2013 due to safety concerns. Endo subsequently resubmitted the new drug application (NDA) addressing the concerns. The FDA accepted the resubmitted NDA and gave a favorable decision after reviewing the application.

With the U.S. approval in hand, focus has shifted to Aveed's commercialization. Aveed will compete with drugs like Auxilium Pharmaceuticals ' ( AUXL ) Testim and AbbVie 's ( ABBV ) AndroGel in the market.

Endo carries a Zacks Rank #3 (Hold). An example of a better-ranked stock in the medical sector is Shire ( SHPG ) with a Zacks Rank #1 (Strong Buy).