What Is Male Hypogonadism 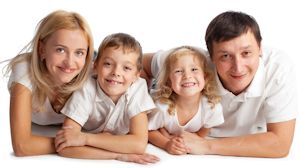 There are a variety of ways that Hypogonadism can occur in males. It can be caused by genetics, trauma, or by natural aging, for example. The effects of Male Hypogonadism depend on the time in a patient's life when he experiences that deficiency.

For patients that have been diagnosed with Low-T, Hypogonadism can be treated with Testosterone Replacement Therapy. For patients with low sperm count, other treatments, such as Clomiphene Citrate or Testosterone with HCG may be the best option.

Children and Adolescents that experience Hypogonadism after birth have their own set of issues. Luckily, unlike with Prenatal Hypogonadism, these issues can be treated as soon as they become apparent, with Testosterone Replacement Therapy, allowing the patient to experience puberty like normal.

Symptoms of Testosterone Deficiency During Puberty:

Symptoms of Testosterone Deficiency During Adulthood

After boys reach adulthood, Hypogonadism will no longer impact their physical development, but Testosterone still plays an important and integral role in optimal male health. Men that experience Testosterone Deficiency experience a number of issues with hormone imbalance which effect them psychologically, physically, and sexually. Testosterone Replacement Therapy with Creams, Patches, or Injections can reverse these symptoms of Low-T, allowing patients to live a healthier and more normal life.

The Following Are Symptoms of Male Hypogonadism in Adulthood:

When Should Patients Consider Seeking Treatment for Male Hypogonadism?

For children with Male Hypogonadism, parents should have their children checked out by a pediatrician if they do not show signs of sexual maturation during puberty. The physician can investigate and find out if the patient would benefit from Testosterone Replacement Therapy to spur secondary sexual development. 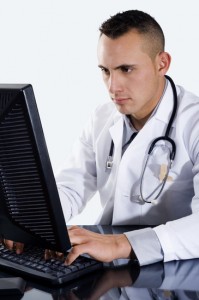 The issue with Male Hypogonadism in adulthood is that the condition shares symptoms with many other health issues. This causes many patients to delay getting the treatment that they need. Testosterone Deficiency is also often mistaken as “simply aging,” causing men to go into a physiological decline that has little to do with aging and everything to do with Hormone Imbalance and Deficiency.

All patients with Male Hypogonadism can benefit from Testosterone Therapy, but the form of deficiency will impact certain treatments, such as fertility treatments. There are two forms of hypogonadism: Primary and Secondary Hypogonadism:

Primary Hypogonadism is the result of any condition which directly impairs the function of the testicles. This is also referred to as Primary Testicular Failure.

Secondary Hypogonadism is the result of hormone imbalances which prevent the testes from getting sufficient signal to produce Testosterone and/or Sperm. Normally, the brain promotes the production of Testosterone by sending Luteinizing Hormone from the pituitary. Follicle Stimulating Hormone, on the other hand, promotes the production of sperm. It is possible for both forms of Hypogonadism to alter a patient's sexual function simultaneously as well.

Testicular Trauma – Any accident or injury which directly impacts the testicles can lead to Primary Hypogonadism by reducing the testes physiological ability to produce sperm. Only one testicle is needed to support Testosterone and Sperm production, so in the event one is damaged, the other may be fully functional.

Cancer – Radiation and chemotherapy both have a potentially inhibitive effects upon the normal function of the testes. In some cases, this is temporary, and normal function can be restored over the course of a few months, but in other cases, the ability of the testes to produce Testosterone or sperm may be permanently hindered.

Hemochromatosis – Elevated iron levels can inhibit the ability of the Pituitary to send Testosterone precursor hormones, and it can also directly damage the testes.

Mumps – If mumps appear on or near the testicles in childhood or later in life, this can impair the function of the testes and prevent sufficient production of Testosterone.

Undescended Testicles – Some male children, for a variety of reasons, are born without descended testicles. This usually resolves itself naturally by the age of three, but if it does not happen naturally by this time, parents should see a pediatrician to resolve the issue in order to promote the testicles to descend by medical means in order to protect the normal function of the testes. 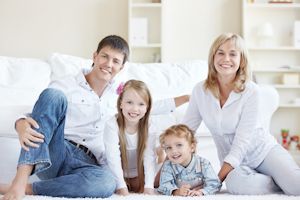 Klinefelter Syndrome – This is a genetic disorder in which the male is born with two X chromosomes as well as a Y chromosome. This inhibits the individual from producing enough Testosterone to meet the needs of the body.

Obesity – Adipose fat cells have the ability to turn Testosterone produced by the testes into Estrogen. The more overweight that a man is, the less Testosterone that he will have and the more Estrogen that will be present in the blood stream. This elevates the risk factors for a wide variety of cardiovascular complications.

Inflammatory Conditions – Any disease or chronic state which promotes the overproduction of Cortisol and other related hormones will impact the production of Testosterone. Chronic pain can severely deplete Testosterone.

Stress – The body will release Cortisol and other related hormones in response to both psychological and physical stress, which inhibits Testosterone production in the same way.

Poor Sleeping Habits – The body produces a large amount of Testosterone during deep sleep. If a patient suffers from sleep apnea or some other condition which inhibits normal sleeping patterns, Testosterone Levels will drop as a result.

Kallmann Syndrome – This is a genetic disorder in which the area of the Hypothalamus that signals for Pituitary hormone production does not develop correctly, which can impair sex hormone production as well as sense of smell. This condition also frequently causes partial color blindness.

Of course, most adult males that experience Hypogonadism experience the condition as a result of the natural aging process. Around the late twenties or so, Testosterone production starts to slowly fall. This takes many years, or even twenty years or more, to become seriously symptomatic, but it can have major effects on health, vitality, sexual function, and libido.

Different men experience Testosterone Decline differently, and a variety of factors suppress Testosterone Levels even further, such as Obesity, Smoking, Poor Sleep, and Sedentary Lifestyle. It is estimated that almost one in three men over 75 years old suffer from significant male hypogonadism, and they could potentially benefit from treatment. 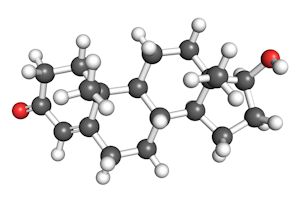 For Adults with Testosterone Deficiency, there are a variety of Testosterone treatment options available. Here are some of them:

For Secondary Hypogonadism patients that are interested in maintaining Fertility, Testosterone Therapy can be combined with Human Chorionic Gonadotropin to maintain sperm production while still benefiting from supplemented Testosterone Levels.

These medications are estrogen blockers which promote the production of both Follicle Stimulating Hormone and Luteinizing Hormone. These treatments can both boost Testosterone Levels and restore normal fertility.