With testosterone, it’s ‘my way or the highway’: UK study – Testosterone Prescription 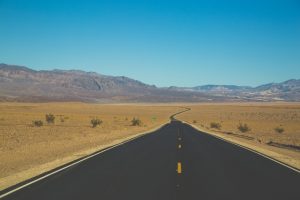 Testosterone can skew one's judgment, creating the impression that decisions are best taken alone even in situations that call for collaboration, according to a study released Wednesday.

In a smart set of experiments, scientists led by Nicholas Wright at the University of London showed that women given a dose of testosterone become less inclined to act in concert even when it was apparently in their interest to do so.

Finding the right balance between working together and going solo, and knowing when to do one or the other, is an essential life skill.

In some circumstances, joining forces with others is the best way to achieve the desired result: that's why lions and hyenas hunt in packs, and why humans cooperate on the playing field, in the laboratory, or in battle.

Sometimes, however, decisive individual action is needed to break free of group-think or to come out ahead of the game.

To a significant extent, our ability to navigate between these two extremes is acquired through learning and experience, but some of these impulses are hardwired too.

Earlier research, for example, on the biological underpinnings of group decision-making revealed that a naturally occurring hormone, oxytocin, promotes the urge to work side-by-side.

At the same time, it was well established that testosterone boosted risk-taking, anti-social behavior, and the kind of aggressiveness that fuels contact sports and trading floors on Wall Street.

But whether the alpha male hormone par excellence-also present at much lower levels in females-also makes individuals shun cooperation and become more egocentric was not known.

To find out, Wright and his colleagues carried out a series of tests over two days, spaced a week apart, with 17 pairs of women volunteers who did not know each other.

On one of the two days, both volunteers in each pair were given a testosterone supplement, while on the other day they ingested a look-alike placebo.

The researchers chose females because in men an additional dose has the effect of suppressing the production of the hormone by the body.

During the experiment, both women in each pairing sat in the same room but in front of separate computer screens.

The women were shown the same two images and asked to pick the one in which a hard-to-discern high-contrast pattern appeared. If their individual choices agreed, the exercise ended there.

But if they diverged, the women were told to consult with each other and reach a joint decision. 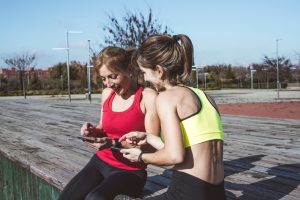 in coming up with the right answer than those pairs who had been given the hormone, the researchers found.

"The higher levels of testosterone were associated with individuals behaving egocentrically and deciding in favor of their selection over their partner's," even when that choice was wrong, Wright said in a statement.

"Too much testosterone can help blind us to other people's views," he concluded. "This can be very significant when we are talking about a dominant individual trying to assert his or her opinion in, say, a jury."

The broader conclusion, he added, is that hormonal levels can disrupt our attempts to work together.