As Americans become more informed, they quickly recognize the health risks related to andropause and testosterone deficiency, and learn the benefits of Clomiphene Citrate for men.

Andropause is the time in a guy's life where he no longer produces enough testosterone to meet the body's needs. Though andropause is the most common type of hypogonadism, the condition can result from some different causes. 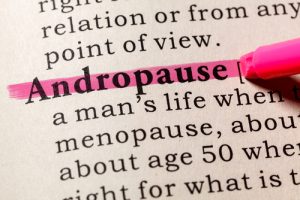 For example, many men lack the means to release sufficient testosterone from birth.

Others lose their ability to make enough testosterone because of cancer, radiation, trauma, or other circumstances. For these patients, direct testosterone replacement is the only adequate means to treat low-t.

For most patients, however, there is another option available — clomiphene citrate. Clomiphene citrate is now available for a generic prescription but was initially prescribed by the brand names Clomid and Serophene.

Most men think that low-t is the direct result of the body's inability to produce its own testosterone.

The truth is that most males retain the ability to create their own testosterone throughout their entire lives — given the appropriate and adequate stimulation.

Andropause is a form of secondary hypogonadism, meaning that the testes still work just fine, they don't receive enough upstream signaling to meet the body's ongoing demand for testosterone, leading to the symptoms of testosterone deficiency.

For these patients, clomiphene citrate can bolster testosterone production back into the healthy adult range. 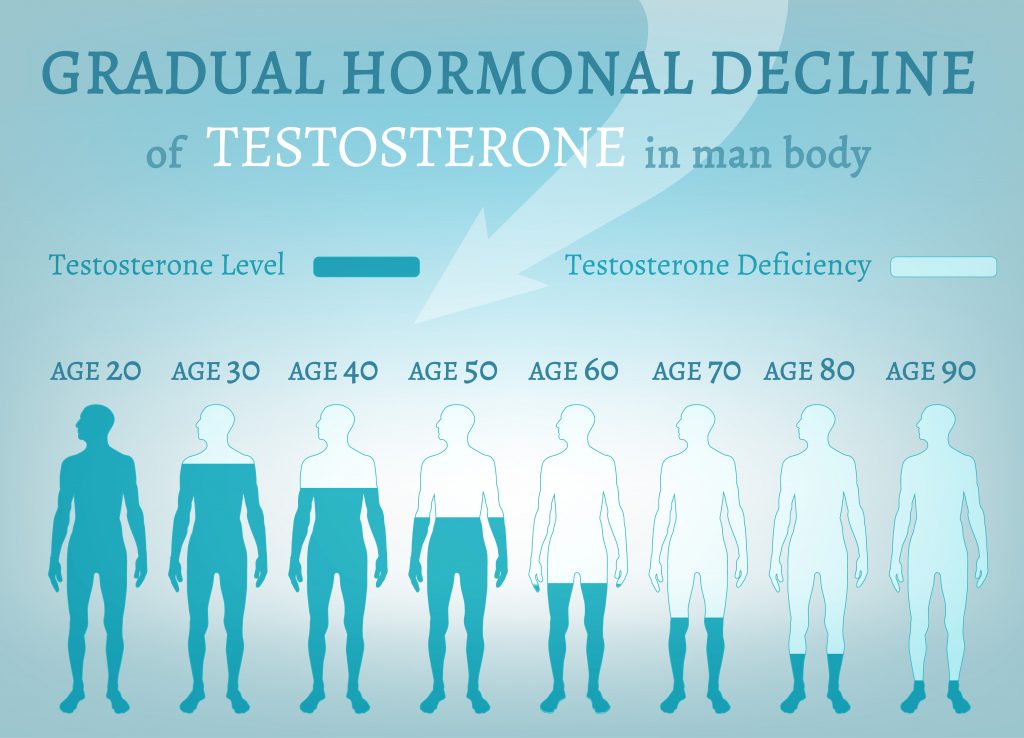 Because of the way that our bodies work, our ability to make certain hormones declines as we grow older.

Two of the most important hormones that fall into age-related deficiency are testosterone and human growth hormone. The rate of decrease in testosterone is in the same range for all men — 1-2% annually.

Of course, every guy's physiology is different — some males produce more testosterone naturally than others. Many men are more sensitive to hormonal changes than others.

Depending on your health and your lifestyle choices, you could experience symptoms related to low-t as early as thirty years of age. Most men experience problematic symptoms in their forties and fifties, however.

Andropause has long been medicated with excellent results using low-t treatments such as Testosterone Enanthate and Cypionate injections, transdermal patches, and topical gels, but due to certain limitations associated with testosterone therapy, clomiphene citrate may be the preferred option.

One of the most notable drawbacks of recombinant testosterone is that regular use of the treatment can impair the natural secretion of testosterone by the testes, as well as testosterone precursor hormones such as luteinizing hormone (LH) and follicle-stimulating hormone (FSH).

For many patients, this isn't a big deal. The goal of testosterone replacement therapy is to boost testosterone levels via medical intervention, and the treatment is more than suitable to meet those needs.

For couples that are looking to have a child, however, testosterone therapy can be a significant roadblock. Both LH and FSH are modulated by testosterone concentrations in the bloodstream. An outside source of testosterone causes LH and FSH production to fall dramatically over time, which significantly impairs fertility.

Testosterone therapy also leads to testicular shrinkage, which many men want to avoid, even if they are not interested in having children.

There are a couple of different ways to preserve fertility and ward off shrinkage while still receiving the benefits of testosterone optimization. Many doctors write a script for human chorionic gonadotropin to supplement testosterone therapy to maintain fertility and testicular fullness.

HCG injections are also used during testosterone cycling to encourage testicular function while the patient is on break from low-t treatment.

Though this is effective, there are two downsides. For one, this increases the cost of therapy, which may price some patients out of treatment.

The other issue is that the only means to administer therapeutic HCG is via injection, which many patients would prefer to avoid.

When clomiphene citrate was first utilized as a medication, it was prescribed to women with fertility issues.

Over time, other clinical uses were discovered for clomiphene, and it was found that the treatment was also quite successful as a means to enhance natural testosterone production.

Clomiphene citrate can boost testosterone levels because it belongs to a class of drugs known as selective-estrogen inhibitors.

In women, GNRH encourages ovulation, which is why clomiphene citrate is used as a fertility drug. In men, the treatment stimulates spermatogenesis and improved testosterone production.

Like many medical breakthroughs, the use of clomiphene citrate has evolved. The use of clomiphene as male testosterone therapy has not been approved by the Food and Drug Administration, but it is used for that purpose by trained and licensed hormone doctors and specialists across the country.

It's used most frequently by patients looking to boost testosterone levels while maintaining fertility, but it is sometimes used merely as an alternative to bio-identical testosterone.

Dependent upon your specific case, your prescribing hormone doctor may recommend bio-identical testosterone therapy, clomiphene citrate, or leave the choice up to you. To make sure that you get the broadest range of options at the best price to you, it pays to be well-informed.

Not all patients with testosterone deficiency will respond adequately to clomiphene. If your low-t is the result of underlying testicular issues, clomiphene will not lead to the desired benefits, and you'll be limited to bio-identical testosterone.

Though testosterone deficiency in children and young adults is frequently the result of a testicular malfunction, andropause can almost universally be treated by clomiphene citrate.

Men that are still interested in having children, but want to experience the benefits of improved testosterone balance will either opt for clomiphene citrate or testosterone with HCG, depending on their budget and the recommendation of their hormone specialist.

Given a choice, many men prefer clomiphene citrate because it can be administered orally, though low-t creams and patches are also easy to use.

On the other hand, most forms of testosterone, aside from testosterone injections, are still patent-protected, making drugs like Testoderm, Androgel, and Androderm more expensive.

Your doctor can help you choose a low-t treatment plan that fits your budget and your needs while keeping your safety and well-being in mind.

Enclomiphene Citrate Soon to Be Available in American Market

Over time, medical treatments are refined and improved upon, and the same is the case for clomiphene citrate.

Currently, enclomiphene citrate is under clinical trial for use as a prescription testosterone enhancer. It appears as though enclomiphene has an improved safety profile and lower risk of side effects than clomiphene with modestly improved efficacy.

That's not to say that you should entirely avoid clomiphene citrate. It still works well, and most patients use the treatment without significant issues.

Only Use Clomiphene Citrate with a Prescription

Just like bio-identical testosterone, clomiphene should only be used with a legitimate medical prescription as indicated by a physician. Using clomiphene without a prescription can lead to unintended side effects, many of which are similar to the abuse of testosterone therapy.

Side Effects of Clomiphene Citrate

Clomiphene citrate has a low incidence of significant side effects when used as indicated, but as with any medication, it does come with its own set of risks.

One of the most common side effects is mild indigestion, but as the body becomes accustomed to treatment, this symptom usually dissipates quickly. 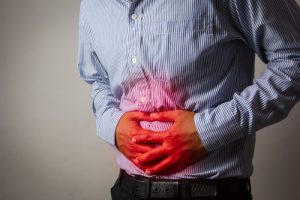 Some patients may experience an increase in breast tissue known as gynecomastia.

This generally occurs when testosterone levels are too high. Adipose fat cells naturally break down some testosterone and convert it into estrogen.

If these estrogen levels remain too high, the result is gynecomastia. If you experience gynecomastia, it can be mitigated and reversed through the use of Arimidex or similar aromatase inhibitors. Your doctor may also reduce the dose.

If your vision changes during clomiphene citrate treatment, contact your doctor as soon as reasonably possible and discontinue therapy.

Changes in vision are a sign that the pituitary may be growing slightly in response to treatment, pressuring the optic nerve.

Testosterone versus clomiphene citrate in managing symptoms of hypogonadism in men