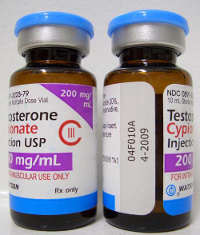 Hypogonadism is the term for any condition which causes sex hormones to be produced at levels that are inadequate for normal and healthy function.

In males, Hypogonadism is also known as Low-T or Testosterone Deficiency. Dependent upon the age at which Hypogonadism becomes a health issue, the symptoms can be dramatically different.

Healthy sex hormone production is absolutely necessary for the development of secondary sexual characteristics during puberty, and if Testosterone or Estrogen Levels are too low, this can lead to delayed puberty or underdevelopment.

In adulthood, Hypogonadism affects physiological function rather than development. Testosterone is vitally important to both health and sexual function in men.

In women, Estrogen is necessary for the menstrual cycle and normal fertility. In both sexes, Testosterone is directly associated with sexual desire and performance. If a man doesn't produce enough Testosterone, libido suffers, erectile function diminishes, and fertility falls dramatically.

Treatments options for Hypogonadism depend on the underlying cause of Sex Hormone Deficiency but usually revolve around effective use of Testosterone Replacement Therapy or Clomiphene Citrate.

In men, Primary Hypogonadism is a condition in which the testes are unable to adequately produce Testosterone in order to meet the physiological requirements of the body.

Gonadotropic refers to hormones intended to stimulate the production of sex hormones. In both sexes, the most significant Gonadotropic Hormones are Luteinizing Hormone and Follicle-Stimulating Hormone.

Primary Hypogonadism is actually the rarest form of Testosterone Deficiency, because aging is the number one cause of Low-T, and occurs whether the testes 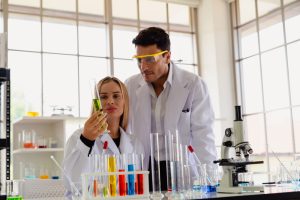 are healthy enough for Testosterone and Sperm Production.

Primary Hypogonadism has many causes, resulting from either damage to the testes or underdevelopment of the Testes.

Prenatally, Genetic disorders, and congenital defects are among the causes of Primary Hypogonadism, and one of the most common of these disorders is Klinefelter Syndrome.

Undescended or partially descended Testicles can also lead to Testosterone Deficiency, and in some cases may require surgery to fix.

Among adults, physical damage to the testes is the general cause of Primary Hypogonadism, and this damage can be the result of several different factors. Cancer treatment can significantly damage the testes, leading to inhibited Testosterone and sperm production.

Excess iron levels (known as hemochromatosis) can lead to partial or total failure of the testes (as well as the pituitary gland). Diseases such as the Mumps can also significantly impact the normal and healthy function of the Testicles.

Secondary Hypogonadism is a form of Hormone Deficiency in which the sex organs are still perfectly capable of producing sex hormones, but signaling for the production of those Hormones has dropped to levels that lead to Sex Hormone Deficiency.

This is the most common cause of Testosterone Deficiency in men. Secondary Hypogonadism is also referred to as Normogonadotropic Hypogonadism.

Testosterone is produced as a response to stimulation by Luteinizing Hormone

In many cases, men with Primary Hypogonadism are more than capable of producing Testosterone but have a significantly suppressed or total inability to produce sperm.

Obesity is well-known for suppressing Testosterone production by increasing Estrogen Levels in the male bloodstream. Any condition which leads to severe inflammation which directly or indirectly impacts the hypothalamus or pituitary gland can also lead to Secondary Hypogonadism.

Of course, one of the most common causes of symptomatic Secondary Hypogonadism is aging, itself.

The most common form of Hypogonadism by far is Age-Associated Hypogonadism. The physiological process by which this condition occurs is known as Andropause. Andropause can be most easily understood as the male counterpart to menopause.

Both are conditions that lead to significant changes in metabolism, as well as physical and psychological function, and both are directly the result of a decline in gender-associated Hormone Levels (Testosterone in men, Estradiol in women).

There are two major differences between Andropause and Menopause. First, Andropause is the result of a slow decline in Testosterone that occurs over the course of many years, which becomes more rapid during the forties and fifties.

Menopause is a sudden change that occurs at the end of a woman's reproductive life. Second, men continue to produce Testosterone (albeit at lesser concentrations over time) throughout their lifespan, whereas Menopause is a cessation of the production of Estradiol.

Normogonadotropic Hypogonadism refers to Sex Hormone Deficiency in which Follicle-Stimulating Hormone and Luteinizing Hormones are produced at normal levels, but Testosterone Levels in the bloodstream are still abnormally low.

For men suffering from fertility issues related to Normogonadotropic Hypogonadism, Clomiphene Citrate is one of the most popular methods to stimulate an increase in Testosterone Levels in order to spur the pr

oduction of sperm in order to increase the odds of fertilization.