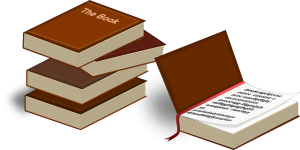 If you have reached this website, then more than likely you are at least somewhat aware of Testosterone Replacement Therapy, and you may even be interested in Low-T Treatment whether it be for yourself or for a loved one.

You're probably interested in learning more about Testosterone before taking the plunge and calling a licensed Hormone Clinic to try to find out if you or that loved one qualify for treatment. Let us arm you with the knowledge that may help you make your decision.

Video Stream: What Is Hypopituitarism

The goal of this article is to teach you about Testosterone Esters and how they relate to the function and effectiveness of Testosterone Therapy.

What is an Ester?

You'll often hear talk of Esters when reading about Testosterone HRT. Words like this may make Testosterone Therapy seem complicated and daunting, but it's really not all that complicated.

One of the most common ways that Testosterone Therapy is prescribed is via Injection. These injections are almost all delivered via a method known as

Intramuscular Injection, meaning that the shots are delivered directly into muscle tissue.

They are regularly combined in the same prescription in order to further modulate Testosterone Release. Other ingredients are also often included, usually for the purpose of maintaining the stability and freshness of the HRT Treatment.

Why are Esters Important for Testosterone Therapy?

The important thing to understand is that any Prescription Testosterone Product that you are prescribed contains the same, real Bio-Identical Testosterone. The difference lies primarily in the Esters.

The strict chemical description of an Ester is a compound that results from the combination of alcohol and a carboxylic acid.

What we need to know with regard to Testosterone is that esters are a chain of oxygen, carbon, and hydrogen that are bonded with Testosterone in order to delay that absorption of Testosterone into the human body.

These Esters are harmless in the human body and simply pass through natural means as they contribute to the release of Testosterone.

This greatly increases the flexibility of Testosterone Injection Therapy, because there are numerous Esters which all break down from Testosterone at their own particular rate, making it so you only need occasional injections rather than daily injections.

Testosterone alone would be absorbed directly into the bloodstream and would

require a Testosterone Shot every day, and this would also inhibit the ability to provide a constant and steady flow of Testosterone through the bloodstream.

How do Esters Modulate Testosterone Release?

After Testosterone is introduced to the bloodstream, it goes to work performing its duties as an important metabolic hormone.

Esters work by increasing the time that it takes for Testosterone to reach the liver after injection, meaning that you don't need to take a Low-T Shot every day!

What Are Common Testosterone Esters?

Although many Testosterone Esters are used (especially when they are delivered in combination), the most popularly prescribed forms are Testosterone Cypionate and Testosterone Enanthate.

They act almost identically in the human body and depending on where in the world that you live, one or the other may be predominantly used. A number of other Testosterone Esters exist and are used occasionally, including:

As already discussed, Esters are the result of a combination of Oxygen, Hydrogen, and Carbon. All of these Testosterone Esters share that important trait.

What's most important about the Esters with regard to the rate by which they are broken down by the liver is the specific number of Hydrogens and Carbons that are in the compound. In general, the larger the molecule, the longer that the Testosterone stays active in the bloodstream.

Esters are also important because of how they change the solubility of Testosterone.

Pure Testosterone has had issues with absorption in oil and absorbs more readily in water. This means that it gets processed by the liver more quickly. Turning

Testosterone into an Ester Compound changes the solubility of Testosterone where it is more soluble in oil.

This both slows down the rate at which Testosterone is activated and boosts the length of time that injected Testosterone performs its important function.

Researchers first began to toy with Testosterone Esters because they realized that the injection of pure Testosterone meant frequent, daily injections in order for Testosterone Replacement Therapy to be effective, which results both in a waste of Testosterone and an unnecessary number of injections every month.

By combining Testosterone with Esters, HRT Researchers streamlined Testosterone Injection Therapy. The number of Carbons in an Ester is the most important feature.

The more carbons that are present in an Ester, the easier that the resulting compound is absorbed into an oil solution. This corresponds with a reduction in water solubility.

In scientific terms, this is referred to as The Partition Coefficient. The larger this coefficient, the more soluble that the compound is in oil.

While Testosterone is suspended in oil, it remains inactive, and only starts to affect human physiology when it breaks free from the oil and travels through the bloodstream.

It breaks down so fast, in fact, that it doesn't do everything that it needs to do to resolve Testosterone Deficiency for the patient.

Because Enanthate and Cypionate Testosterone Esters are highly soluble in oil, this makes them the prime choices for modern Testosterone Injection Therapy.

After the Testosterone is injected into the muscles, it remains an ester dissolved in oil, where it is slowly released into the bloodstream. The rate of release is both slow and steady, making it the ideal means to keep Testosterone Levels in the blood at a stable and physiologically potent level.

The following are some of the Testosterone Esters that are prescribed for the treatment of Andropause and Low-T:

Testosterone Cypionate injections take around eight to ten days to be activated in the bloodstream. In the pharmacy, this form of Testosterone is known as 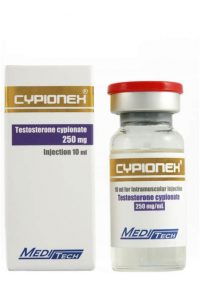 The only realm in which this fact is of importance is in regard to the allergies and sensitivities of the patient.

In your pharmacy, Testosterone Enanthate is known by its brand-name Delatestryl. Both forms of Long-Acting Testosterone Injection Therapy can be found at compounding pharmacies in addition to traditional pharmacies.

In these pharmacies, different oil suspensions may be used than are found in the standard variety provided by pharmaceutical companies.

The second reason why Propionate Testosterone isn't prescribed often is that there are some reports of soreness and discomfort associated with the injection, at a rate higher than the other longer-acting forms. Pharmaceutical Testosterone Propionate is available by brand names Virormone and Testovis.

Sustanon is a brand of Low-T Injections that mix different Testosterone Esters in order to modulate endogenous Testosterone Levels more exactly. The first release from the company was Sustanon 100, which is a combination of Testosterone Isocaproate, Phenylpropionate, and Propionate. A newer formulation is Sustanon 250, which also blends Testosterone Decanoate into the original trio.

It is still safer than most forms of Oral Testosterone formulated, because it is absorbed into the Lymphatic System rather than directly through the liver.

Another big reason why this form of Bio-Identical Testosterone likely won't make it in America is that it is absorbed and depleted over the course of only three or four hours, unlike the days or weeks associate with Testosterone Injections.

Testosterone Phenylpropionate - This is among the longest-acting Testosterone Esters, even longer than Testosterone Cypionate and Enanthate. This Low-T Treatment also goes by the name Testolent, and remains active in the bloodstream for as long as three weeks.

Omnadren - Like Sustanon, Omnadren is another brand name combination of Testosterone Esters. In this case, the four Esters used are Testosterone Isocaproate, Phenylpropionate, Propionate, and Decanoate.

Dependent upon the needs of the patient, this can be injected between once every seven days and once each month. This is one of the more common Low-T Treatments in Europe.

Testosterone Suspension -This was the first form of Testosterone Injection, but has long since been passed over for longer-lasting and more effective forms of Low-T Injection.

It is still used under certain, rare circumstances, however. This is pure testosterone, delivered in a water solution with no Esters. This means that Testosterone flows into the bloodstream almost immediately.

That also means that it exits the bloodstream just as fast, in only 2-3 hours. This form of Testosterone has some black-market appeal because its rapid onset makes it work well for bodybuilders and other athletes which need explosive energy.

That doesn't make it legal for such purposes, and when men with normal Testosterone Levels take Testosterone Treatments, this can often lead to significant side-effects.

Injectable Testosterone Undecanoate - This is one of the newest forms of Testosterone Therapy, and is sold under the brand-name Aveed. Aveed is perhaps the longest-acting Testosterone Injection on the market and only requires a dose once every 10 weeks after the second dose.

Let's return for a moment to the most popularly prescribed Testosterone Injections in America today. There are some subtle differences that you may be interested in.

Testosterone Enanthate can be thought of as the International Testosterone Injection, as it is easy to find almost anywhere where you can find Testosterone.

Testosterone Cypionate, on the other hand, is widely available in the United States and more difficult to find elsewhere around the globe.

A third issue is the cost. You will find that Testosterone Cypionate is just a bit more expensive than Testosterone Enanthate.

With regard to effectiveness and patient satisfaction, both forms of Testosterone are considered practically identical.

Contact us today to learn more about Prescription Testosterone 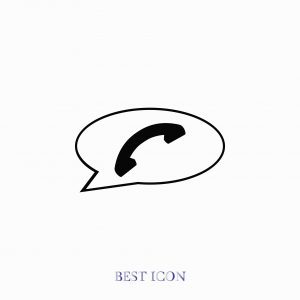 If you have any questions about Testosterone or any other form of Hormone Therapy, the medical staff of our Licensed and Board-Certified Hormone Clinic would be happy to answer in more detail!