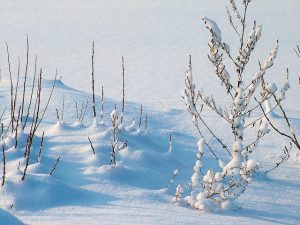 I love the snow. I love to get my exercise outdoors snowshoeing with my dogs as often as possible. However, we have had a rather mild winter this year. Flowers are beginning to peek out to show early signs of spring! Sunshine and warmer weather always seem to spark some energy to get outside and do something!

If the desire is there but energy is lacking, you could be hormonally imbalanced. There are many causes of fatigue: hypothyroidism, menopause, andropause, sleep apnea, nutritional deficiencies, etc. Premenopausal and menopausal hormonal imbalances result in depression, irritability, insomnia, and weight gain. With 400 functions in the body, it's no wonder that when estrogen is decreased, there are consequences!

Andropause, which is more commonly known as "Low T," also comes with fatigue, weight gain, muscle loss and more. Losing strength and stamina directly impacts drive and the ability to keep up. A body that is physically active with exercise produces testosterone, as well as increased growth hormone. If you get a temporary relief from fatigue with exercise, you likely have low testosterone levels.

Bio-identical hormone replacement therapy corrects these hormones to optimal levels. Bio-identicals are typically compounded and made from soy or yam, where the molecular structure is the same as what already exists in the human body. Optimizing your hormones can alleviate fatigue by improving overall sleep. Mood is improved and energy levels increased.

The anti-aging approach to health is basically restoring hormone levels to where the body can function as it was designed to. Providing the body with what it needs, such as vitamins, amino acids and minerals through good nutrition and supplements along with an exercise program that works for you. These are all important components to a healthy architecture for optimal health as we grow chronologically older. Be healthy as you mature in age! Stay active and enjoy life!