Home » Hormone News » Non-Stop Cravings for Protein? Blame it on Your Gut Hormones!

Non-Stop Cravings for Protein? Blame it on Your Gut Hormones! 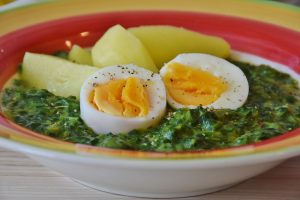 Our bodies are truly amazing when it comes to communication between cells, organs, tissues, etc. Not only are our bodies complex with millions of unseen chemical reactions taking place, but these reactions tell our brains what we need – including cravings for certain foods. A new study, that we will discuss here, reveals the “cross talk” between our gut and brain that persuades our brain to crave more protein when the gut detects a protein deficiency.

Video Download: Non Stop Cravings For Protein Blame It On Your Gut Hormones

Video Stream: Non Stop Cravings For Protein Blame It On Your Gut Hormones

Our bodies use hormones to communicate between cells and organs, such as from the gut to the brain, or vice versa. Hormones have even been called “chemical messengers.” In this case, a hormone is telling our brains (to tell us) to want more protein. Find more protein and eat it now!

The study in which this hormonal interaction was discovered was led by KAIST national research university scientists. They used fruit flies to reveal this specific relationship between the gut and the brain. The study was first published in the journal Nature. The hope is that the results will help us to better understand malnutrition, and specifically protein malnutrition, in humans. 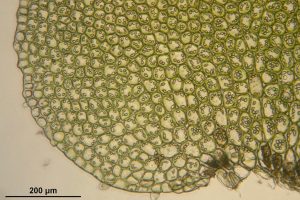 Malnutrition Can Still Occur Even with Adequate Caloric Intake

All living organisms on the planet need to consume a balanced amount of proteins, carbohydrates and fats in order to live healthy and live long. Just getting enough calories every day, especially if it’s mostly from junk food, can still lead to severe forms of malnutrition if there is not enough protein in the diet.

We already know that when we are not getting enough of a certain macronutrient, such as protein, then we tend to crave more of those food items that contain lots of protein or essential amino acids. However, scientists did not know how this happens, or the biological mechanism taking place. So, the researchers at KAIST decided to try and answer this question by looking at the effects of different genes on food preference on fruit flies after they were deprived of protein. 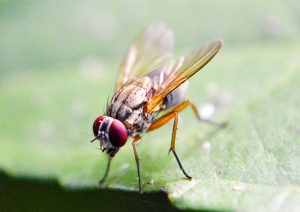 After the fruit flies were deprived of protein, the researchers found that the release of a gut hormone called CNMadmide (CNMa) was triggered from the certain cells of the intestines. These cells are called enterocytes and were previously known to release digestive enzymes into the intestines to digest and absorb the nutrients in the gut. Apparently, they also take part in other important roles in the body. The human body just gets more and more complex the more we study it!

Basically, when the enterocytes experience protein deprivation, they respond by releasing CNMa which travels to CNMa receptors on the nerve cells of the brain, essentially reporting the gut’s nutrient status to the brain. Once the brain receives the word, the brain triggers a desire to eat foods with lots of protein. 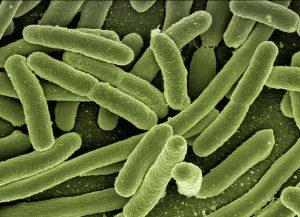 Another really cool finding from the study was that the microbiome in the gut – the bacteria population within the gut – specifically, acetobacter bacteria, will produce amino acids under protein deprivation in order to remedy the protein deficiency temporarily. Not only that, but this small release of amino acids lowered the flies’ desire to eat more protein.

“Because all organisms have cravings for needed nutrients, the nutrient sensors and their pathways we identified in flies would also be relevant to those in mammals,” Professor Suh stated. The researchers believe this and future research will help us to better understand the causes of metabolic disease and eating disorders.