Testosterone: The Key to Male Longevity!

A recent study linked testosterone to a lower risk of fatal heart attacks in men.

Higher levels of the male hormone testosterone appear to protect men from fatal heart attacks or strokes and death from all manner of causes, researchers in Britain said on Monday.

But the researchers cautioned men not to begin testosterone supplementation based on the results of this 10-year study, saying the benefits and risks are unclear.

The role of testosterone in men's health is controversial, with the relationship 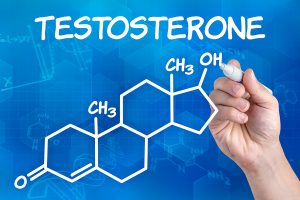 between men's natural testosterone levels and overall health not well understood, according to the researchers.

But this study led by Dr. Kay-Tee Khaw, a professor of clinical gerontology at the University of Cambridge School of Clinical Medicine in Britain, found strong benefits in men with higher natural levels of the hormone.

Men in the upper 25 percent of natural testosterone levels had a 41 percent lower risk of dying from a heart attack, stroke and other cardiovascular conditions, cancer, and all other causes, compared to men with the lowest levels, the researchers found.

"Low testosterone seems to predict increased risk of total mortality in cardiovascular disease as well as cancer," Khaw said in a telephone interview.

The researchers tracked 11,606 British men ages 40 to 79 who had no known cancer or cardiovascular disease at the start of the study. They joined the study from 1993 to 1997 and were followed until 2003.

Among these men, 825 died during the study period. The researchers measured their testosterone levels using frozen blood samples provided earlier and compared their levels to a group of men still alive at the end of the study period. 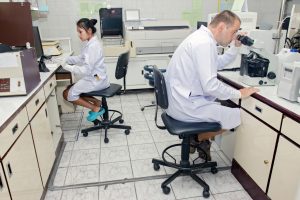 Khaw said the relationship between testosterone levels and cardiovascular disease mortality was comparable in magnitude to well-established risk factors like high blood pressure and cholesterol levels.

Thus, low testosterone levels could point to men at elevated risk for cardiovascular death who may not have other known risk factors, the researchers reported in the journal Circulation.

Khaw said the findings suggest that men with low levels of testosterone might be able to cut their risk of death with testosterone supplementation, but did not recommend doing this without more research backing up these results.

She pointed to the experience involving hormone therapy in women. Early studies suggested hormone therapy could protect post-menopausal women from heart disease, but later and larger research yielded the opposite results.

Doctors have used testosterone therapy to treat men with abnormally low testosterone levels. Some athletes and bodybuilders use it to promote muscle mass and strength.

Our clinics will design a Testosterone Replacement Therapy (TRT) treatment regimen that is safe, effective, and tailor-made to you.

As mentioned earlier, testosterone supplementation is not something to be taken lightly. As with any pharmaceutical, there are risks as well as benefits. We 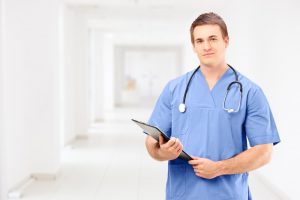 will not recommend testosterone therapy until we have reviewed the results of your blood work, and inquired about any underlying medical conditions you may have.

Only when we feel that TRT is appropriate for you will we recommend a treatment regimen that will provide you with precise instructions concerning dosage, manner of injection, the best times to take the hormone, and how to cycle the drug.

We also believe strongly in a holistic approach to your health and longevity. Nutrition, exercise, stress reduction, hydration, sleep, supplementation, and protection from toxins are all included in your personalized treatment therapy.

Call us for a FREE, no-obligation discussion of the benefits of testosterone.