NEW ORLEANS, LA - For decades, men who were diagnosed with prostate cancer got a treatment... injections...that suppressed or lowered the hormone testosterone in their body.

And now what a local prostate oncologist uncovered last year and a new large study confirms... this is wrong for many patients. 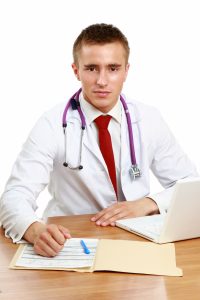 harm than good for individuals with localized disease who are initially diagnosed."

Tulane's Dr. Oliver Sartor says there is good evidence that lowering a man's natural hormone helps if he has a serious advanced form of prostate cancer, so for a long time, the same injections were given for years to men who had a low-grade form all contained in the prostate.

But the studies never supported that.

"What we found was that the people who had surgery lived longer and the people who got hormone suppression we're talking about men having their testosterone lowered in our study we found that they died sooner."

Men who don't have enough testosterone go into andropause the same as menopause in a woman, which causes many serious health problems.

And so they lose muscle they gain fat they have worse glucose control worse lipid control and they are less active so what do you have cardiovascular risk factors."

So one size does not fit all... men with low-grade cancer just need to be watched.