How to Get “Jacked”

Priapism: Frequent Penile Erections — or Having “Wood” All the Time

Men using testosterone cypionate may develop a painful and serious side effect called priapism. Priapism causes prolonged and frequent penile erections without any sexual stimulus. However, this side effect is considered rare but may become more frequent if men inject very high doses. In one case, a patient was accidentally given 10x the prescribed dose and experienced priapism. Sudden exposure to testosterone after a period of deprivation can also cause priapism to take place. If you are on a TRT program, do your best to never skip a dose and only inject the amount prescribed. 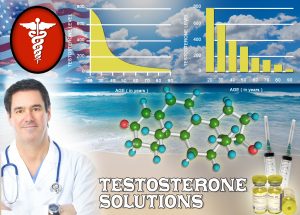 Increases and decreases in sexual drive have both been reported. However, sex drive increase is the most common and a decrease in sex drive is rare when using testosterone. One of the main reasons for going on a TRT program is to increase sex drive! Especially in older men who are experiencing a lack of libido and minimal to no erections.

Testosterone is a sex hormone, necessary for fertility, sperm production and erections. Even women need a small amount of testosterone which helps them “get in the mood” and feel amorous.

An interesting connection between lifestyle and testosterone production relates to weight gain. If you are overweight and have low-T, you will most likely experience increased belly fat. Unfortunately, belly fat increases the production of aromatase, an enzyme that converts testosterone into estrogen. If you already have low-T, now your small supply is being even more depleted! As estrogen levels increase, testosterone and sex drive decrease. 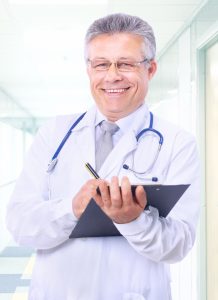 This side effect can be reversed by stopping the TRT program. If a patient is trying to have children, they should not undergo TRT. They should either wait until they are done fathering children or postpone having children until their hormone balance issues are healed with HRT.

Testosterone Abuse and Testicular Shrinkage, When Not Used with HCG

This precaution includes the simultaneous use of HCG: Human Chorionic Gonadotropin. HCG mimics the effects of Luteinizing Hormone in men and therefore stimulates the natural production of testosterone in the testes, an unfortunate side effect as mentioned above, that causes infertility and low sperm production. The issues of low sperm production, testicular shrinkage and possibly fertility can be mitigated by using HCG when on the TRT program. 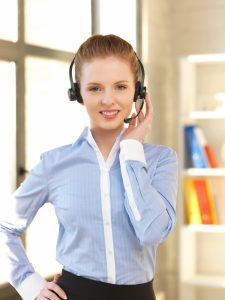 When abusing testosterone, women may see a possible irreversible increase in the size of the clitoris. Many women have reported increased orgasm strength and frequency as a result of clitoral enlargement while some women noticed no major differences in frequency or intensity of orgasms. Remember, adverse side effects can be mitigated or dramatically reduced when TRT is done under proper doctor-supervision.

To learn more about how to use Testosterone cypionate injections and its safety profile, fill out the contact form on this webpage and then call us. You CAN avoid the side effects of testosterone if you use testosterone under physician supervision. Contact us today!