Video Stream: What Is Andropause Part 1

Video Stream: What Is Andropause Part 2

Andropause is a hormonal condition that impacts men as they grow older, caused by natural changes in hormone balance that are inevitably associated with aging.

This change in hormone production can lead to psychological, sexual, and physical changes that inhibit health, suppress vitality, and increase the risk of a variety of conditions that can impair health and wellness.

In the past, it was assumed that these physiological changes were strictly due to aging, but the more that doctors research male aging, the more that they discover is actually associated with hormone imbalance and the more it seems possible to alleviate those symptoms effectively with Testosterone Therapy. 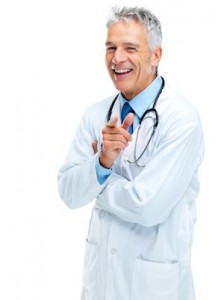 Andropause goes by a number of different names. It belongs to a subset of conditions known as Male Hypogonadism, but it is also referred to as Androgen Decline in the Aging Male and Late-Onset Hypogonadism.

Not all men experience significant changes as a direct result of Andropause and produce levels of Testosterone that are in the normal range for their entire life.

Other men will experience these symptoms relatively early, even in the thirties in many cases!

You'll sometimes hear Andropause called the Male Menopause, but this isn't necessarily accurate. Menopause is a sudden and rapid change that occurs after a woman's last menstrual cycle, whereas for men, the change takes place over years and years and the onset of symptoms is very gradual and does not impact every man.

How Many People Have Andropause?

Andropause occurs slowly over time, and the symptoms appear slowly as well. Some symptoms occur more quickly than others. The following are some symptoms that are associated with Andropause:

There are two things that count when it comes to Andropause: You have to show symptoms of the condition, such as those listed above, and your Testosterone Levels have to be demonstrably low, as shown by blood testing. 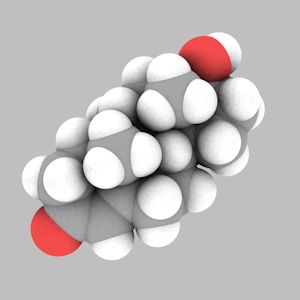 Every patient responds to Testosterone at their own, unique level of sensitivity.

Some men function at a perfectly normal level with slightly suppressed Testosterone Levels, whereas others may show signs of Deficiency even though their readings say that they should be within the normal range.

Testosterone Blood Samples are given in the morning, because this is when Testosterone Levels are at their highest, and this is the most effective time to get a reliable reading of your Testosterone Concentrations.

The “Normal” Range for Testosterone is between 300 ng/dl to 1,200 ng /dl. Patients with levels below 300 ng/dl and especially those with Testosterone levels under 200 ng/dl are most likely to need treatment, but patients can show signs of deficiency at levels as high as 600 ng/dl in some cases.

If it is higher than that, Testosterone is almost certainly the cause of your problems. If levels are below 600 ng/dl and you are experiencing symptoms, you may benefit greatly simply by changing your lifestyle habits, but the lower that your Testosterone Levels are, the less effective natural options will be and the more likely that you will need to go to Bio-Identical Testosterone Therapy for Testosterone Restoration.

Andropause is a common and unfortunate condition, but thankfully, there is a simple and effective treatment to relieve the symptoms associated with Andropause and help patients live a more robust and normal life. 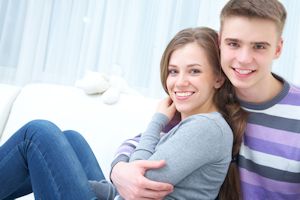 An important part of Testosterone Therapy is ensuring that the total hormone balance is maintained.

For this reason, Testosterone is often combined with hormone treatments designed to limit the conversion of Testosterone into Estrogen and DHT.

There are a variety of effective means to treat Testosterone Deficiency, including:

Testosterone Pills are often sold, but they can cause liver damage as a result of the way that the digestive system absorbs and breaks down Testosterone. Testosterone is safe for the liver when taken via any of the means listed above.

How Effective is Testosterone Therapy for Andropause?

Because of the direct way that Testosterone Treatments restore hormone balance, they are highly effective.

Andropause is a chronic condition and there are limitations regarding how much you can naturally increase your Testosterone Levels without therapy. Testosterone Therapy can be a long-term solution to Testosterone Deficiency caused by aging.

It's important to note that there is still more research to be done, but all signs show that Testosterone Therapy is very safe for patients, especially if they have their Estrogen Levels and Red Blood Cell Count evaluated over the course of therapy and treated if necessary.

Menopause Therapy has been around twenty years longer than Andropause Treatment, and researchers began to analyze the benefits of Menopause Therapy earlier, so the science lags behind just a bit.

However, these are some of the potential benefits of Low-T Treatment with Testosterone for Andropause:

Improved Bone Mineral Density – Testosterone improves the rate at which the bones rebuild and recycle bone tissue, reducing the risk of osteoporosis later in life.

Enhanced Psychological Profile – There is evidence that Testosterone increases men's overall general sense of well-being, as well as their confidence and self-perception. Many men even experience increased cognitive function.

Enhanced Libido – Testosterone is the most important hormone when it comes to sex drive. Testosterone encourages sexual pleasure and increases a man's ability to generate sexual excitement.

Improved Sexual Function – Testosterone is also a necessary component of erectile function. Both Testosterone and ED medications like Viagra improve sexual function, but some patients respond to one and not the other, and many men get the best results when combining both forms of treatment.

Who Should Not Take Testosterone for Andropause?

As with any Hormone Therapy Treatment or other medication, there are certain risks associated with Bio-Identical Testosterone that must be taken into account. There are also certain patients that should not take Testosterone Therapy for any reason.

For example, patients that have experienced breast cancer or prostate cancer in the past should avoid Testosterone Therapy because of the stimulative effect that Testosterone Treatments can potentially have on these types of tissue.

Side-Effects of Testosterone Therapy for Andropause

Fertility Issues – Testosterone Therapy does suppress Fertility, and, taken alone, this is an unavoidable aspect of therapy. By combining Testosterone with HCG, however, one can maintain fertility during treatment. Also, Estrogen blockers can simultaneously improve Sperm and Testosterone Production.

Fluid Retention – In the initial ninety days or so of treatment, some men experience fluid retention resulting from their Testosterone Treatment. There are studies that suggest that this could possibly contribute to congestive heart failure, exacerbation of hypertension, or swelling of the legs or ankles. Research suggests, however, that the conversion of Testosterone to Estrogen and the increased production of Red Blood Cells contribute to this, which can be prevented through the use of Anti-Estrogen drugs and blood donation, respectively.

Gynecomastia – Some Testosterone is converted into Estrogen, which can contribute to the development of breast tissue in some cases. Estrogen blockers can prevent this symptom.

Prostate Health – The effect of long-term use of Testosterone has not been adequately studied, but short-term studies have shown no major risk unless the patient has prostate cancer, in which they should not use Testosterone.