It is the rare man who has low T

Thanks to a brilliant marketing campaign, there has been increased awareness amongst men of the condition known as Low T an easier way to relate to testosterone deficiency. 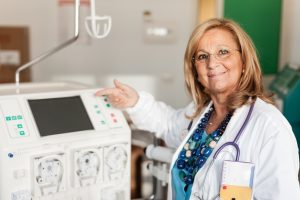 their newfound virility. At long last, they can blame their chronic fatigue, insomnia, poor work performance, depression and evaporation of libido to low testosterone levels.

This new syndrome was not developed through the effort of brilliant scientists, but by the El Lilly Company attempting to let everyone know how widespread testosterone deficiency is amongst men from age 30 onward. To make the problem easier to understand, and by using a nationwide campaign blitz, Low T is now a household world.

If you dont have it, youd better get it. After all, if you have it, you are part of the in crowd, working on anti aging and on the hope of being forever young. Numerous scholarly studies have indeed shown that in men over the age of 45, an average of 37 percent will have testosterone levels in the low normal but not deficient range.

Low testosterone does interfere with some critically important functions. The hormone is essential for the production of viable and healthy sperm, and it plays a role in libido, but not in regard to becoming aroused or having an erection.

It is not surprising, therefore, that a research study just published in The Annals of Internal Medicine showed that adding testosterone to the erectile dysfunction drug Viagra in men with low testosterone did not improve the quality of the erection in any way.

Testosterone is also essential for strong healthy muscles and bones, and when deficient, can lead to osteoporosis and weakness. These symptoms generally occur in men well beyond the age of 75 and are much rarer in men in their 60s

What is attracting men of all ages to Low T clinics, which have blossomed everywhere, are the non-specific symptoms that have been ascribed in part to low testosterone.

Whether in a doctors office or at a Low T clinic, patients are begging for a testosterone shot preferably combined with a Vitamin B12 injection to help their vim and vigor. 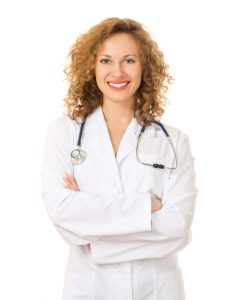 be caused by stress, depression, sleep disorders and many other conditions, rushing to treat a younger patient with a testosterone injection or cream should be done with caution.

Testosterone should not be used as a panacea for more energy, better sleep habits or greater prowess on the tennis court or golf course. It should be used for far more serious problems such as infertility, muscle mass loss, osteoporosis and improving libido.

And testosterone is not without side effects. It can lead to prostate cancer and cause the prostate to enlarge, leading to symptoms of Benign Prostatic Hypertrophy, causing difficulty with voiding and emptying the bladder completely. Accidents can occur as well.

Prior to initiating treatment with testosterone, the Prostate-Specific Antigen test should be measured, and the patient examined to define the severity of Benign Prostatic Hypertrophy. And new evidence suggests that high risk may increase the risk of cardiovascular disease.

At the moment, therapy can be given as self administered injections every two weeks. This is the safest approach, as material can easily be discarded to avoid contamination of others.

There are testosterone creams available that are effective, easy to use but very expensive. And if a woman, child or pet comes in contact with cream, virilization can occur.

Sadly, hormone replacement with testosterone for men, and estrogen and progesterone for women, is not the fountain of youth. And the long-term side effects are more serious than any short-term benefit.