It may surprise you to learn that testosterone is as essential to women's health as it is to men's. 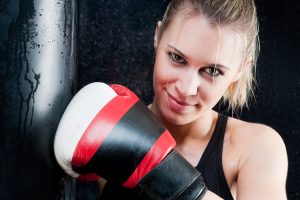 Although testosterone belongs to a class of male hormones called androgens and was once considered an exclusively male hormone, research over the past decade demonstrates that this hormone also plays a definitive role in women's physical and psychological health.

In addition to being produced by the ovaries, estrogen is also produced by fat tissue in the body.

Both of these critical sex hormones are involved in the growth, maintenance, and repair of reproductive tissues, as well as other body tissues, bone mass, and particularly in their sex drive.

However, heightened libido is not the only benefit of testosterone; many women report that they have more energy and a greater sense of well-being when their testosterone levels are normal.

While there are a host of other symptoms, primary symptoms of low testosterone levels in women include low libido, painful intercourse, and fatigue. At menopause, women experience a decline in testosterone.

Testosterone is not only important to a woman's sexual health, but also to her overall well-being. Other than a low sex drive, other symptoms that are associated with low testosterone levels in women may include:

A primary symptom of low testosterone is fatigue, a feeling of considerably less energy; one of constantly feeling tired and run down.

If it seems that doing a physical activity takes you longer with considerably more effort, or if post-workout or exercise recovery takes longer, you may be experiencing the effects of low T.

Ironically, because of the general feeling of malaise, many women may altogether stop working out, which can result in even poorer health and lower energy levels, and as they gain weight, and have more to carry around with less muscle to accomplish it, they more easily experience fatigue and general low energy.

Natural supplementation of this essential hormone may help you overcome exhaustion.

Testosterone is a vital component of female sexuality, enhancing interest in initiating sexual activity and responding to sexual stimulation.

In contrast to estrogen level dropoff, which dramatically falls at the time of menopause, testosterone levels naturally decline with age, particularly after the age of 40.

Since this hormone is directly linked to libido, rapid replenishment of testosterone is essential to the continuation of normal sexual health and enjoyment.

Replenishment of this essential hormone can be accomplished by the application of a 100% natural, plant-derived topical supplementation containing testosterone precursors believed to promote the body's own production of testosterone in a healthy, productive manner without falsely signaling the body to stop testosterone production, as is the case with synthetic testosterone.

Hot flashes, also known as hot flushes, or when they occur at night, night sweats, are a common symptom of menopause and perimenopause, typically experienced as a feeling of intense heat with sweating and rapid heartbeat, and may last from two to thirty minutes for each occurrence.

The sensation of heat usually begins in the face or chest, although it may appear elsewhere such as the back of the neck, and it can spread throughout the whole body. Some women pass out if the effects are strong enough. In addition to being an internal sensation, the surface of the skin, especially on the face, becomes hot to the touch.

This is the origin of the alternative term "hot flush," since the sensation of heat is often accompanied by visible reddening of the face. Excessive flushing can lead to rosacea.

Severe hot flashes can make it difficult to get a full night's sleep (often characterized as insomnia), which in turn can affect mood, impair concentration, and cause other physical problems.