Research shows that treatment for Opioid Addiction can significantly suppress Testosterone Production in male patients. These conclusions are derived from an 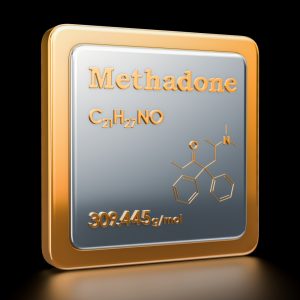 In the past, it has been noted that addiction to Opioids, including Heroin and Oxycontin, can suppress Testosterone Levels, but this study quantifies the significance of that Hormone Suppression. This research shows that Opioid Dependency Treatments, which use drugs such as Methadone to curtail the addiction to harder and more dangerous Opioids, reduce Testosterone Levels by far more than medical professionals previously assumed.

The lead researcher for this study, Dr. Zena Samaan, explains that the results were so dramatic that they believed that they had made an error somewhere in their calculations. When they went back and analyzed the data and the science behind the results, however, everything was sound.

The data for this study was collected from 231 participants, all of which were taking Methadone as an aspect of their Opioid Dependency Treatments in Ontario, Canada. This data was compared to 783 men and women from Ontario that did not use Opioids.

In Canada, as well as in the United States, it is common to treat patients with Opioid Addiction with Methadone, and all patients analyzed in this study were currently on such a regimen. What they found was that men taking Methadone experienced Serum Testosterone Concentrations 75% lower than their control counterparts that weren't using such drugs. Although Testosterone Levels in males were profoundly impacted, the drugs had little to no influence on Testosterone Production in women.

How do Opioids Lower Testosterone? 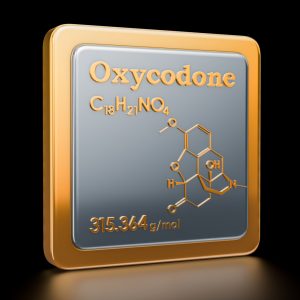 Many men with OIAD even suffer from significant fertility issues as a result of their treatment. Research suggests that there are Opioid receptors in the Hypothalamus that exist to modulate the production of sex hormones, but in patients using Opioids, whether for Chronic Pain, Recreationally, or Addiction Treatment, Opioids provide their beneficial effects while also blocking the production of sex hormone precursors by the Hypothalamus, which leads to Testosterone Deficiency.

Also, Testosterone Production can change significantly while a man is on Opioid Dependency Treatments. These treatments work by providing patients with a steady dose of Methadone, which is slowly reduced over time to mitigate the severe symptoms of withdrawal. Testosterone Levels remain suppressed as a result of Methadone Treatment and are prone to fluctuation as a result of this weaning process. 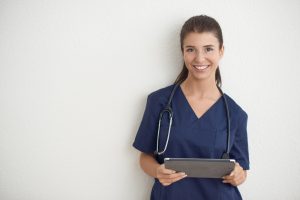 Dr. Samaan sincerely believes that Testosterone Therapy should be an option for these patients, to improve their quality of life while recovering from addiction, and to reduce the incidence of side-effects associated with the treatment. Many patients aren't open about talking about Testosterone with their doctor, but she believes that these patients should open up a dialog about Testosterone, and make sure that Low-T Related Symptoms get treated as an aspect of their recovery.

Experts at the John Street Clinic believe that around twenty percent of male patients using Methadone for addiction therapy need Testosterone Replacement or some other form of Hormone Therapy to optimize their treatment.

This kind of research is obviously beneficial to both patients and the medical profession, but some medical professionals believe that there is potential for this sort of information to cause Opioid Users not to enter Opioid Dependency Treatment. For this reason, it is vital to emphasize the effectiveness of the treatment and the option of Hormone Therapy if symptoms of Testosterone Deficiency arise.

This research is also useful because its results can be used to underline the importance of monitoring Testosterone Levels in older men that may use Prescription Opioids for Chronic Pain or other reasons. Testosterone Deficiency is a real and significant medical issue that can increase mortality risk from a variety of factors, including Cardiovascular Disease and Heart Attack. By recognizing the effects that pain treatments have on hormone balance, it leads doctors to become more aware of the risks and potentially open up the door for Hormone Treatments for men that would not have gotten the opportunity to take them before.

Other Studies Associate Opioid Use to Testosterone Deficiency

Studies involving Heroin Addicts have also noted the impact that Opioids can have upon the production of Testosterone. Luckily, it appears that the use of Opioids only leads to a temporary reduction in Testosterone Levels. In one study, it was discovered that Testosterone Production returned to normal after just a month after the patient quit using Heroin and other Opioids.

Opioid use directly impacts the function of the testicles in addition to merely reducing Testosterone Levels. In particular, Opioid Use has been clinically shown

to reduce the mobility of sperm, as well as the production of interstitial fluid in the testicles.

Another study, which also used patients taking Methadone for Opioid Dependency, gathered data from 25 patients. Researchers found that 68% of the subjects had Testosterone Levels that were abnormally low. This level was higher for men that were over the age of fifty, of which, 87.5% of subjects displayed low T-Values. In particular, Luteinizing Hormone Levels, along with Total and Free Testosterone Levels were suppressed, whereas Prolactin and Follicle-Stimulating Hormone Levels remained in the normal range.