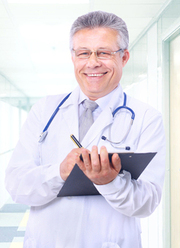 FEARS have been raised among players that the practice of micro-doping common in sports such as cycling and athletics might have been practised by rogue individuals in the AFL.

Concerns have been expressed to the AFL Players Association that a small number of players might have been taking tiny, undetectable amounts of performance-enhancing substances such as testosterone and human growth hormone, or its equivalents.

The AFLPA has been made aware that players might have used arm patches similar to nicotine patches that contain testosterone, or have used creams with properties similar to HGH.

These concerns, while not widespread, have also been aired at club level. The concerns raised are that these practices, although far from routine and certainly underground, are suspected to have been used by rogue players across different clubs.

Concerns about possible micro-doping have been raised after the investigation into whether Essendon took performance-enhancing drugs, though these fears are not pointing directly to the Bombers, who have taken the dramatic step of announcing a review of governance and processes at the club, to be carried out by former Telstra boss Ziggy Switkowski.

Ings said the advantage of micro-doping was that the amounts were small enough to avoid detection, but that by using different substances in concert, including with transdermal patches, the overall effect on the athlete was significant.

But while the player-generated concerns centre on HGH-like substances or peptides and testosterone, there has never been any suggestion that EPO, which boosts the production of red blood cells and was rife in cycling, has been abused by AFL players. I dont know if [micro-dopings] gone on in the AFL, but I do know that its common [in sport], Ings said.

Micro-doping was the most common way athletes use banned substances, he said.