Stomach Inflammation: Another Ailment That Testosterone Can Stop in its Tracks 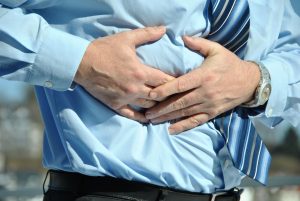 Hormones play so many key roles in our bodies such as fertility, puberty, growth, etc., so it’s no wonder that scientists believe hormones play a big role in the inflammatory response as well. Researchers have looked into the role that hormones play in both male and female inflammatory responses. They found some interesting results regarding testosterone and stomach inflammation, believe it or not. It appears that testosterone may be able to protect against stomach inflammation.

Busada states, “Stomach cancer is primarily caused by rampant inflammation. The overarching theme of my lab is to understand what’s controlling the balance between a protective immune response, which is just targeting the infection, and a pathogenic immune response, which is like a toddler throwing a temper tantrum and damaging everything. It looks like androgens may be really important in tipping that balance toward a protective response.”

For example, multiple sclerosis (MS) and rheumatoid arthritis are 3x as common in women as in men. Celiac disease is 2-3x as common and thyroid issues are 5-8x!!!

Busada believes that if a patient presents with stomach inflammation, “it might be worth it for clinicians to investigate what’s going on with their endocrine system.” This is true for both men and women. Interestingly, men are more susceptible to stomach cancer, which is mainly caused by inflammation. Perhaps these men are missing out on their “double layer of protection” due to low testosterone and it would be helpful to have their hormones checked out.

In essence, chronic inflammation wreaks havoc on people’s lives and health. “Persistent, smoldering inflammation over the course of many, many years is the fertile ground for stomach cancer to grow,” says Busada.

It’s best for both men and women to get their hormone levels checked on an annual basis just to make sure everything is in balance and being produced in adequate levels. Women should also have their testosterone levels checked, not just men. It’s incredibly easy to get a comprehensive metabolic hormone panel done. Contact our clinic to get one scheduled today! This entry was posted in Blog Testosterone. Bookmark the permalink.