Video Download: Testosterone Therapy Allows Man To Have The Body That He Was Meant To Have

Video Stream: Testosterone Therapy Allows Man To Have The Body That He Was Meant To Have 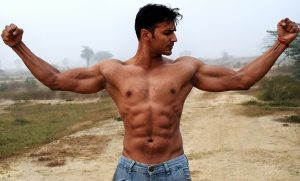 One of the clearest means to see how Testosterone impacts male physiology is to look at how Testosterone Injections and other forms of Low-T Therapy have helped men with congenital conditions that have prevented them from producing normal levels of Testosterone.

One such man is Danny May, a young man of twenty-five from Liverpool that was born with Kallman Syndrome, a congenital condition that suppresses the body's ability to produce Testosterone.

In spite of suffering from the condition for his entire life, he was not officially diagnosed until the age of twenty.

After being properly diagnosed, his doctors suggested that he take Testosterone Injection Therapy in order to reverse the effects of the condition and provide his body the Testosterone required for him to reach his masculine potential.

Though he was not aware of his condition, he was well aware of its effects. Danny was far thinner and scrawnier than almost all males his age growing up, and it affected both his body image and his overall confidence. The issue was so severe that many thought that he was a child at first glance.

As a result of Hypogonadism Treatment for Kallman Syndrome, Danny has gone through an almost otherworldly transformation—From underweight, skinny, and childlike, to what could almost be considered the pinnacle of masculinity.

Since Danny began to take Testosterone Treatments for his condition, his muscle mass has increased by more than sixty pounds! His condition prevented him from living a normal teenaged life. He was unable to get girls, and he was much smaller and weaker than his friends. He essentially had the body of an eleven-year-old boy.

How Common is Kallman Syndrome?

Kallman Syndrome is quite uncommon. In fact, only around one in every fifty thousand suffers from the condition. Kallman Syndrome can affect both sexes and is characterized by the inability to begin puberty, or the partial completion of puberty.

In males, this means that the child is exposed to Testosterone in the womb, but does not experience the onset of Testosterone Production which causes puberty to begin. 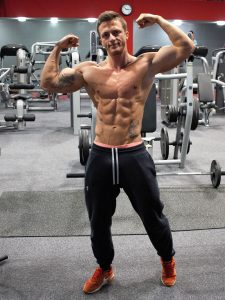 Danny May began taking Low-T Shots at his physician's suggestion and continues to stay on the treatment to this day. Over time, his body began to adapt to the flush of Testosterone, and he began to develop muscles and body hair like a normal man his age.

Of course, being deprived of muscle for as long as Danny had been, he was eager to take advantage of the gift provided to him by Testosterone and started to work out religiously at the gym. In his own words, he feels that he has undergone a superhero transformation—a body so significantly redefined that he is hardly the same person even to those that he knows.

He explains that when most people see him, they simply can't fathom his incredible transformation. To even further emphasize this change, he shares that many people that have known him since childhood see him and don't even recognize him.

Does Testosterone Change Who You Are?

Many wonder about the impact that Testosterone has on personality. In some cases, Testosterone can lead to an increase in confidence and assertiveness, but in the case of Danny May, these changes were not all that significant. He largely remains the same person on the inside, still affected by the shyness which predominated his childhood and teenage years.

Though he still is not the most confident man, his newfound body does allow him to take more pride in himself. Danny's issues with self-image began to take shape as his friends entered puberty, while he did not go through the same transformation. Where they were once all the same, he became increasingly different.

The most painful sting came on his eighteenth birthday when his family took him to a restaurant to celebrate. The waitress gave him a kid's menu because he looked like such a little kid. In fact, the menu was intended for kids younger than ten.

Today, Danny can look back on the event and laugh, but at the moment it was humiliating, and he is still sensitive about it.

Danny's inability to produce Testosterone was preventing him from being like his peers and made him feel like he was going to remain an eleven-year-old child for the rest of his life.

As he passed eighteen, the social stigma of his size continued to grow. Everywhere he went, people treated him like an oddity and inundated him with questions about his appearance. Doormen at clubs and bars couldn't believe his age, and he was often hassled before being allowed to enter venues with his friends.

Because of all the trouble that he went through, dealing with others' perceptions of his appearance, Danny became depressed and began to shut himself down and stay at home.

He felt disconnected from the rest of the world and sheltered himself. When he finally went to a doctor for his condition, however, that's when his life began to truly change, slowly but surely.

When he began to take Testosterone, he essentially began puberty just like his peers did when they were eleven. At first, the changes were slow but noticeable, and eventually, he developed and matured just as a normal, healthy male's body does during puberty. 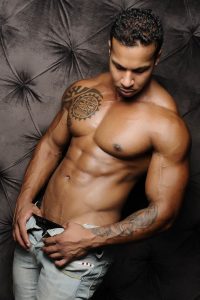 There are many ways to take Testosterone Therapy, including Testosterone Patches, Creams, and Gels, but Danny's doctors prescribed him Testosterone Injections, in which Testosterone is slowly absorbed into the body over the course of a long period of time.

Because of his age and his specific condition, Danny's Hormone Doctors had to use a bit of trial and error in order to provide the ideal dose of Testosterone needed to fit his needs.

Danny combined his Testosterone Regimen with lifestyle choices designed to amplify the effects of his hormone treatment. Danny started weight training at the gym in order for his muscles to benefit more significantly from the influx of Testosterone.

In addition to his bodybuilding, Danny also greatly increased his dietary allowance, taking in around six thousand calories each day, to feed his developing body. His diet was so high in calories that he ate seven times each day.

Beyond breakfast, his meals revolved around fresh veggies, complex carbs, and large amounts of protein. In order to be the man that he is today, he has gone through six years of weight training, which he likens to both religion and therapy.

At first, Danny's efforts appeared to be in vain. A year of working out showed no real gains, and he did not look different physically in any significant way.

Because of his condition, and likely because his body had just started to experience the underlying changes associated with puberty, it took him more time and effort than most men his age to start building muscle. Through perseverance, however, he was eventually able to overcome the roadblock of his biology and see real results.

Today, Danny is 6 years into his transformation, and still goes to the gym as often as 5 times per week. Before he started taking shots for hypogonadism he was a waifish 94 pounds, but today he is 182 pounds. That's right. Testosterone led Danny to literally double in size.

As you can imagine, this has led to incredible changes in his strength. Before he began his journey, 44 pounds was too heavy for him to lift, but today, he can benchpress 231 pounds, 49 pounds more than his own bodyweight. Even more incredible, Danny can deadlift 440 pounds! He explains that when he first started working out, he could only effectively use 4.4-pound dumbbells.

In addition to becoming stronger, Danny has an enhanced understanding of both himself and the human body. It's still a learning process for him, however. Danny is still learning how to use his superpowers to advantage, especially when it comes to his personal confidence and his success with the opposite sex. 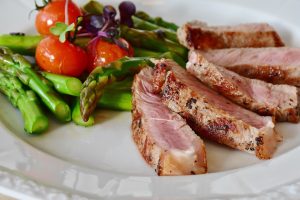 In spite of these issues, he still feels like a new and better man, and the gym is where he feels perfectly at home. Danny recognizes the enormity of what he has accomplished and is excited to keep progressing himself, mind, and body, as he becomes more comfortable in his new muscles.

Testosterone is undeniably important to male physiology, and Danny's May's story emphasizes that in the clearest way. Many men experience Testosterone Deficiency due to age, also known as Andropause.