Yes, you read that right. Testosterone may actually help with your asthma and subdue the symptoms of it. Asthma is a fairly common disease in today’s world and it could only get worse with increasing air pollution in our cities around the world. It is a disease that is very easy to treat but there is no actual cure for it. Unfortunately, it can cause many different problems for the patients who suffer from asthma. However, recent research has shown some promising results with the use of testosterone to subdue the symptoms of asthma.

Asthma is a chronic condition that constricts the airways of the lungs which are the tubes carrying air in and out of the lungs. With asthma, these airways become inflamed and narrowed, causing issues with getting enough air and oxygen. It can be a very scary experience, especially if you are not used to it or are experiencing an attack for the first time.

Typically, asthma begins during childhood. It starts with some wheezing, coughing or tightness in the chest, all ranging from mild to severe in intensity. An attack can happen every day or only once in awhile. Certain triggers can start an attack or make the symptoms much worse, such as cold air. When the symptoms are severe, it is considered an asthma attack. 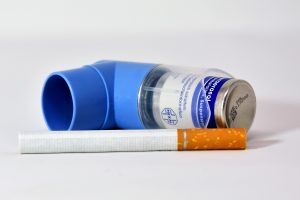 The cause of asthma is actually unknown and may vary from person to person. It is believed that it is the result of an overactive immune system reacting to a substance in the lungs. The immune system reacts in the same way that it does to an allergen, by creating inflammation. This will make the airways swell, narrow and produce mucus, making it harder to breathe. In addition, the muscles around the airways may tighten, called a bronchospasm, making it even harder to breathe.

It is still not clear as to why one person can overreact to an exposure while others do not. Perhaps it all comes down to genetics, making some people more susceptible to asthma and an overactive immune system in the lungs.

Most people have seen the inhaler that is used to treat asthma when someone is having an attack, providing almost immediate relief to the patient. They are able to get their breath back. Even though this brings immediate relief, asthma is still an ordeal to live with – especially if you are someone who forgets their inhaler frequently. A poor respiratory system is not something that anyone wants, because it can also lead to other issues, not just asthma.

Recent scientific research has involved the study of patterns in patients with their contraction of the disease. One of their conclusions was that testosterone could help to suppress asthma that is caused by the inhalation of airborne allergens, such as pollen or dust. Because of the involvement of testosterone, this could explain why more boys than girls suffer from the lung disease.

Unfortunately, the researchers did not uncover anything cut and dry. The relationship between asthma and testosterone is rather complex and not well understood as of yet. But there is a relationship between the disease and the male sex hormone. It appears that testosterone has an influence over a group of immune cells that are involved in the first line of defense against a foreign invader. These immune cells are also the ones responsible for the inflammation in the lungs. 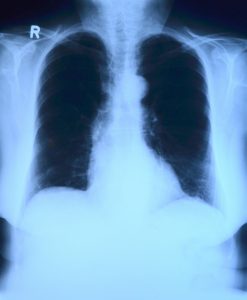 Research involving sex hormones and how they affect physiological, as well as psychological, reactions in the human body could help us uncover the differences between the sexes in terms of disease susceptibility. Why are males more susceptible to asthma and COVID-19? It’s time to study the relationship between the immune system and sex hormones more. The result just may be better treatment methods and better ways to manage symptoms.

Asthma Affects Millions of People Around the World

Asthma is a chronic disease that has affected people around the world, in the millions. It can be particularly scary, especially as a child, and no parent wants to see their child frightened, suffering and clamoring for air. This is why research like this is like a breath of fresh air – no pun intended.

The researchers of this study wanted to look into the role of hormones in the response and resistance to asthma because of patterns that emerged in the statistics of asthma rates – and we are happy that they did. 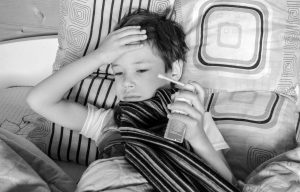 In children, boys are more likely to develop asthma than girls. However, once girls and boys reach puberty, the rates of asthma then start to switch, with girls getting asthma at increasing rates and by midlife, women are more likely to have asthma than men. And what happens during puberty? Increased production of sex hormones such as testosterone and estrogen. These hormones are what drives the changes in behavior and appearance of young boys and girls, such as aggression, growth and facial hair growth in boys. With the switch in rates of asthma development between the sexes, the researchers were intrigued.

With these results, testosterone seeming to reduce inflammation and suppress the symptoms of asthma in patients, it’s clear that sex hormones have more to do in our bodies than initiate puberty and stimulate the sexual activities of the human body. Sex hormones appear to reduce inflammation, affect our behavior and provide protection against certain infections. There is so much more to learn! Follow our blog to stay up-to-date with the most recent hormone news.