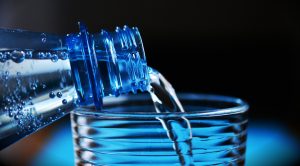 I’m all for drinking water. Everyone needs – preferably pure – water every day. But the old advice about drinking eight glasses a day isn’t necessarily true. For some people, that would be an appropriate quantity, especially if you’re exerting yourself or spending a lot of time in the sun. Other people can do just fine on half that amount. Many doctors today advise drinking primarily when you’re thirsty. And it’s very good advice, when you do get thirsty, to avoid caffeinated or sweetened or sugared beverages – and don’t forget that caffeine can actually dehydrate you, so those kinds of drinks will often have exactly the opposite effect from what you intend. Pure water is best.

The main thing, though, is to make sure that you get a good supply of electrolytes in your diet – if you don’t do that, your cells will be unable to absorb the water that you drink, and you might as well not have drunk it. Ignoring electrolytes is a serious mistake. 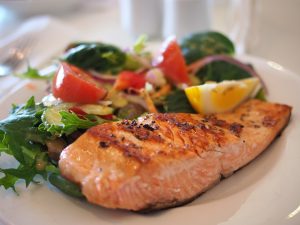 Luckily, it’s pleasant and easy to get plenty of electrolytes in your daily meals.

What exactly is an electrolyte? It may sound like something you can get an electric shock from, but you don’t need to worry about that. Electrolytes do carry small electric charges, though – they are minerals which carry a small charge. And it is these small electric charges which open pathways in our cells that allow the water we drink to replenish our cells with water – also called hydrating the cells. The latest research shows that there are some 30 trillion cells in our bodies – 300 times more than the number of stars in the Milky Way galaxy. That’s a very large number of living cells – each one of which needs to have its water replenished every few days at a very minimum to sustain life, and preferably many times every day. A lack of such water replenishment is called dehydration, and it can quickly lead to irritability, disorientation, and fatigue – and eventually death. 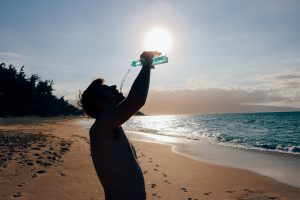 If our electrolytes are sufficiently low, it doesn’t matter how much water we drink, it won’t get into our cells and we will be dehydrated. Some other symptoms caused by an electrolyte imbalance include: muscle weakness, cramping, fast or irregular heartbeat, numbness, lethargy, and seizures. It’s a sign of serious body dysfunction. As I said earlier, don’t go crazy with the water drinking – let your thirst and activity level be your guide – too much water consumption can, paradoxically, flush electrolytes out of your system and make the water impossible for your cells to access.

Get Your Electrolytes from Natural Food 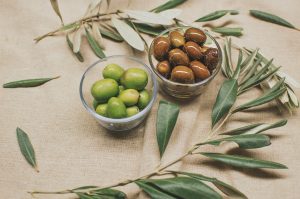 Here are the electrolytes we need: sodium, calcium, potassium, chloride, phosphate, and magnesium --- and although you can buy supplements for these and they will work, it’s best to just get them in healthy, unprocessed foods, preferably organic. And here are some excellent food sources that you should be eating regularly (along with quenching your thirst with plenty of refreshing, pure water) for that purpose: olives, raisins, most canned foods, spinach, kale, avocados, broccoli, potatoes, beans, almonds, peanuts, soybeans, tofu, strawberries, watermelon (hey, the water’s built into that one!), oranges, bananas, and tomatoes! Enjoy.