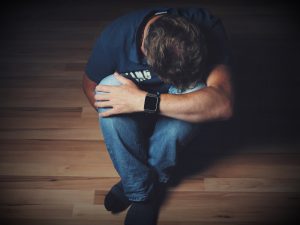 In previous studies, as well as with anecdotal evidence, low testosterone (low-T) has been linked to depression and behavior changes in men. Low testosterone is increasingly common, especially in the male population of the United States, and causes multiple health issues for men including erectile dysfunction, low muscle mass, low libido and depression/anxiety. It’s no wonder that along with low testosterone, rates of depression have also been on the rise. Every day, thousands of people are being diagnosed or treated for depression with anti-depressant medications. Could depression sometimes be caused by hormone imbalance? Let’s read into a recent study involving testosterone and a protein called growth factor differentiation-15.

Hormone Imbalance and Depression: Is There a Connection?

Our hormones play a huge role in our health and physiology. We need our hormones to be balanced and at correct concentrations in the bloodstream. Unfortunately, as we age, many hormones become imbalanced and usually are not produced in high enough amounts to support various body processes. This can lead to many adverse symptoms, including depression and even lead to suicide. One of the hormones linked to depression is testosterone.

Testosterone is a sex hormone that is produced in high amounts by men and in much lower amounts by women. Some of the main functions include production of sperm, increasing muscle and causing puberty in boys.

Another biochemical discussed in the following study is a protein called growth differentiation factor-15 (GDF-15). This protein is also called macrophage inhibitory cytokine-1. Elevated levels of this protein are associated with inflammation, cancer and myocardial ischemia (reduced blood flow to the heart). GDF-15 has also been explored as a biomarker for disease prognosis. In the following study, both testosterone and GDF-15 were studied for their correlation with depression and suicide. 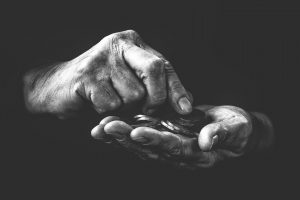 A common mental illness is major depressive disorder (MDD) that affects the daily lives of thousands of people and has become the leading cause of disability worldwide. MDD can cause high healthcare costs and increased financial burdens on patients and their families. Even more worrying is the fact that suicide in patients with MDD is one of the leading causes of death in adolescents worldwide. Yes, teenagers and suicide. This is something that definitely needs to be addressed.

Observations have indicated that around 20% of MDD adolescents consider suicide, more than 15% have actually made plans for a suicide attempt and about 10% attempt suicide annually.

It has been theorized that an inflammatory biomarker for MDD may be the protein GDP-15. MDD may also involve dysregulation of neurotransmitters, dysfunction of the hypothalamic-pituitary-thyroid axis (cause of hormone imbalance) and inflammatory responses. Serum GDF-15 levels are significantly elevated in patients with depression who have also suffered from acute ischemic stroke. 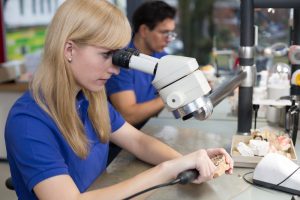 Link Between GDP-15, Testosterone and Depression

In the clinical study discussed, 301 men with MDD who were at least 22 years old participated in the study and were hospitalized in the Department of Psychiatry at Renmin Hospital of Wuhan University from July 2018 to November 2020. The patients had to be diagnosed with MDD and with symptoms of depression for at least 4 weeks before the start of the study in order to be included as subjects.

Basic health information was collected at the beginning including BMI, lifestyle, health factors including smoking, alcohol and anti-depressant use. However, the subjects had to be free of anti-depressants for at least one week prior to the start of the study. Blood samples were taken after admission to the hospital and tested for testosterone, HDL cholesterol, LDL cholesterol, thyroid-stimulating hormone (TSH), triglyceride and other parameters.

In other words, increased GDF-15 levels were closely associated with increased risk of suicide, but this correlation was dependent on testosterone deficiency. The researchers think this could be explained by the fact that low levels of testosterone may have direct effects on central nervous system functions and neuroinflammation, which regulates suicidal ideation. It has recently been realized that testosterone has significant anti-inflammatory effects on the body. 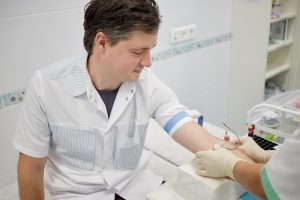 This study has taken us one step, or maybe several steps closer, into revealing how and why low testosterone levels can result in severe depression and even suicide in men and young males. It is yet another reason for men to take low testosterone seriously and get their blood levels checked on a regular basis. It’s important for men to have a good relationship with a doctor or endocrinologist who takes this stuff, meaning testosterone and hormone imbalance, seriously, because depression and suicide is not a joke.

Contact our clinic to get your testosterone levels checked as soon as possible!