Testosterone Therapy Can Help Men With Risk of Heart Failure 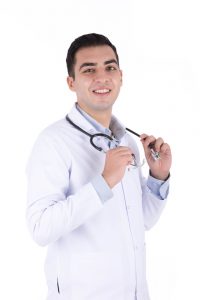 “From our study, it appears that testosterone supplementation is useful for both patients with low and normal testosterone levels, although the improvements are greater in those with low levels,” said Dr. Ferdinando Iellamo, an assistant professor of internal medicine at the University of Rome Tor Vergata, and lead author of a report in the Sept. 1 issue of the Journal of the American College of Cardiology.

The use of testosterone for heart failure, or the progressive loss of the ability to pump blood throughout the body, has been controversial in some cases.

The Italian study included 70 elderly men with heart failure, all of whom had low testosterone levels. All received standard heart failure therapy, but half also received injections of 1,000 milligrams of long-acting testosterone at the start, and again at six and 12 weeks.

A series of examinations — electrocardiograms, exercise tests, and assessments of muscle strength — showed improvements in the men who received the hormone treatment but not in those who didn’t. 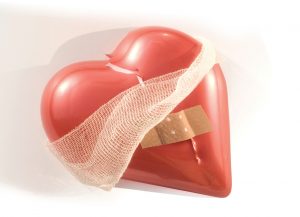 It’s not possible to specify the timing and dosage of testosterone therapy for men with heart failure, Iellamo said.

“There is no current guideline,” he said. “However, our study indicates that long-acting testosterone at the dose and intervals we employed [to date used only in patients with hypogonadism] is safe and well-tolerated in patients with heart failure.”

"The study was not designed to determine whether testosterone therapy would prolong survival of men with heart failure," Iellamo said. “Future large trials are needed to appropriately evaluate the outcome."

Such a multi-center trial is in the early planning stage, Iellamo noted. Meanwhile, his group is studying the effects of testosterone therapy in women. “Preliminary results seem promising,” he added.

Women are also prone to low testosterone as they age, especially after menopause, and it can cause issues with libido and pain during sex. 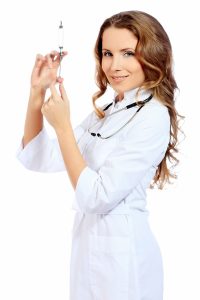 Only Use Testosterone under a Doctor-Mediated Program

Men with heart failure who are tempted to try testosterone therapy on their own should avoid the temptation, he said.

“It is absolutely contraindicated that patients choose testosterone, as well as all drugs, on their own,” Iellamo said.

The warning is especially important for men with high levels of prostate-specific antigen, an indicator of prostate cancer risk, he noted.

“This study confirms our previous finding for a beneficial effect of testosterone in men with moderate chronic heart failure, improving functional exercise capacity and insulin resistance,” said Dr. T. Hugh Jones, a consultant endocrinologist at the University of Sheffield in England.

Jones and his colleagues have reported two studies with positive results, one using testosterone injections, the other using a hormone-delivering skin patch.

“Historically, testosterone-replacement therapy has been contraindicated in men with chronic heart failure,” Jones said. “This was due to the fluid retention observed with older forms of testosterone preparation. This study, along with our studies, show that testosterone is safe in these patients and has a benefit on the underlying condition.”

But the case for testosterone therapy in heart failure is far from proven, he said. “Now, longer-term studies evaluating effects on survival, quality of life, and longer-term safety need to be done to establish if this treatment should be used routinely in the treatment of heart failure in men,” Jones said.

Heart failure and its treatment are described by the U.S. National Library of Medicine.