Home » Diets » A High-Protein Diet – Good for Testosterone Levels or Not?

A High-Protein Diet – Good for Testosterone Levels or Not? 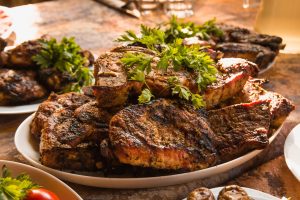 Your diet significantly impacts your hormones, including testosterone levels. Learn about the impact of a high-protein diet on the male hormone.

It seems like every few years there is a new and trendy diet for us to try and this time, it’s the one! The one that will finally help you to slim down, lose those last ten pounds or help you to bulk up more. Lately, the more popular diets have moved away from the high carb diets like veganism to high-protein diets with low carbohydrates. Unfortunately, it looks like the consumption of a lot of protein is detrimental to a man’s hormone levels, specifically testosterone. 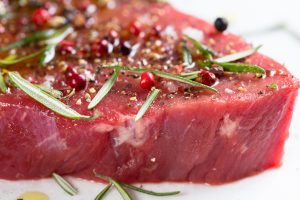 Despite what many people think men should be eating (lots and lots of meat a.k.a. a carnivore-like diet), with the thought that high-protein is best for men in order to bulk up and gain muscle mass, the science says the opposite in terms of hormone health. It appears that a high-protein diet, full of meat, eggs and protein shakes, can lower a man’s testosterone levels by 37%. That is a significant amount for sure. The manliest diets may not be the ones full of protein and meat as much as we might think they should be.

Joe Whittaker of the University of Worcester in England conducted a study that was published in the journal Nutrition and Health. This study took place over eight weeks with 309 men. The men consumed a diet where protein was 35% of their caloric intake. Protein sources included meat, protein shakes and fish. Testosterone levels were tested before the diet was started and after the eight-week period. By the end, the men’s testosterone levels had dropped by 37%. Their testosterone levels dropped so low that the men could be medically diagnosed with hypogonadism! 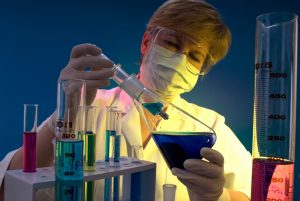 In addition to the low testosterone levels the men also experienced physical symptoms as well. These included depression, weakness, fatigue and erectile dysfunction. All the classic symptoms of low testosterone/hypogonadism.

Even though this was a pretty small study, the results were pretty astounding. Does this mean that the high-protein/low-carb diets are really not the best for men? Can too much protein hurt the human body? This certainly isn’t the first implication of this phenomenon. Plant-based doctors have noted from their own research that too much protein harms the human body and can lead to elevated cancer risk. For many athletes, the high-protein and low-carb diets are popular. For the average person, these results are not as concerning because the average person has a diet with only about 17% protein. Whittaker says that these athletes do need to be careful, however.

The most severe drops of the male hormone were seen in men whose diets were composed of 35% protein or more. Whittaker believes that high-protein dieters should limit their diets to 25% protein or less.

Low testosterone causes a lot of health problems in men and even women. Most men suffering from hormone imbalance experience erectile dysfunction and chronic fatigue. These are relatively harmless health issues that are easily fixed, but if low testosterone is not mitigated, it can lead to diabetes, Alzheimer’s disease or cardiovascular disease. In addition, other researchers have seen high-protein and low-carb diets increase levels of cortisol. Cortisol is considered the stress hormone and when elevated for a long time, causes its own host of health problems, including immune system suppression and increased risk of illness and infection.

In summary, it appears that a high-protein diet is not the best path for optimal health and increase in muscle mass. It may simply be too dangerous for your health and hormone health. If it really does lower testosterone levels that drastically, it is a major concern for men. If you are currently eating a high-protein diet, you should seriously consider getting your testosterone levels checked as soon as possible!