It’s True: Men Today Have Less Testosterone Compared to Men a Generation Ago 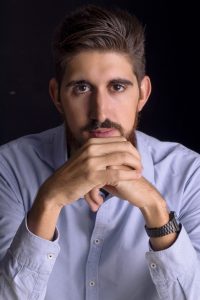 According to Forbes, “you’re not the man your father was.” Yikes, that’s harsh. But it may actually be true...in terms of testosterone levels. Testosterone therapy has been on the rise over the past two decades or so, but it’s not all due to the increase in marketing campaigns and advertising towards men to boost their testosterone with supplements and therapy. There actually is a medical phenomenon going on today with modern men. In fact, across the population, men have less testosterone than men of the same age just one generation ago. Why is this? The answer is pretty complicated.

From 2010 to 2013, prescriptions for testosterone replacement therapy (TRT) more than doubled. Men are experiencing serious issues with their testosterone levels. In fact, all men should be concerned with their T levels considering the fact that low-T can cause sexual dysfunction and even lead to depression and anxiety. The studies are proving that testosterone levels in men have been declining for decades. In 2007, a study from the Journal of Clinical Endocrinology and Metabolism, showed a significant drop in testosterone levels since the 1980s, with average T levels declining by about 1% a year.

To put this into perspective, this means that a 60-year-old male in 2004 had 17% lower testosterone levels than that of a 60-year-old male in 1987. And the levels have gotten even worse since then. A study in Denmark showed double-digit declines in T levels in men born in the 1960s compared to those born in the 1920s. A sex counselor, Ian Kerner, told CNN that he has noticed “an increasing number of young guys are complaining of sexual concerns, such as diminished libido and erectile problems, more commonly seen in older men.” 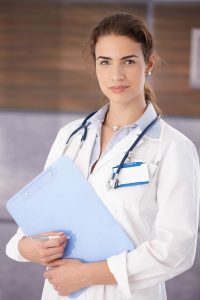 Men have other sexual health concerns to worry about besides just low testosterone, although these issues are probably connected. With testosterone levels on the decline, reproductive disorders, such as testicular cancer, are on the rise. Alongside declining testosterone levels are sinking sperm counts. Coincidentally, musculoskeletal strength is diminishing in young men. In 2016, a study demonstrated that the average 20- to 34-year-old man could apply just 98 pounds of force with a right-handed grip (grip strength) which is less than the 117 pounds of force exhibited by men of the same age in 1985. Interestingly, grip strength is a strong predictor of future mortality.

Why are Testosterone Levels on the Decline Worldwide?

The answer as to why this is happening is very complicated. However, the answer is most likely linked to the increased rates of obesity. Increased fat suppresses testosterone production. It could also be linked to lower rates of smoking in men. This is due to the fact that nicotine is a potent aromatase inhibitor. Aromatases are enzymes that convert androgens, like testosterone, into estrogen. However, in the 2007 study mentioned earlier, the age-matched declines were the same even after controlling for these two variables (obesity and smoking). Many researchers believe that the focus should be on environmental toxins, including pesticides, parabens, phthalates and bisphenol-A (BPA).

Another potential reason for the massive decline in testosterone levels could be that most men’s lifestyles have drastically changed over the past fifty years or so. For example, modern men (such as millenials or Gen X) are far, far less likely to have jobs that involve manual labor. Therefore, their bodies do not need as much muscle or strength on a daily basis, like previous generations did. 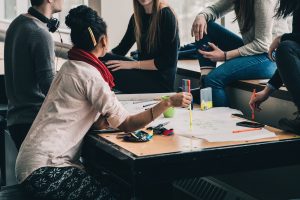 In addition, certain close-knit relationships, such as marriage, fatherhood and more time spent with children, are causally linked to lower testosterone levels. This is due to rises in prosocial hormones, especially oxytocin which is naturally antagonistic to testosterone and promotes more loving, caring and empathy type feelings. However, both Gen X and the Millenials are marrying later and having fewer kids. But, this also means that young men are living with other people more often, such as in dorms and in apartments shared with others, and this increases the hormones like oxytocin.

Clearly, the answer as to why this is happening is not clear and will take multiple studies to determine the cause, if it can be determined. Even though this is the case, it doesn’t mean that you can’t do something about it for yourself.

Get Your Testosterone Levels Checked Regularly

It’s best not to let this information scare you. There are ways to naturally boost testosterone levels which are generously discussed on our website. Testosterone replacement therapy is also simple to undergo when done under the care of a physician or endocrinologist, such as the ones at our clinic. Consider getting your testosterone levels checked annually, just to ensure everything is A-OK. It’s best to catch low testosterone levels early before some of the worst symptoms begin, such as reduced muscle strength, anxiety and depression.

Low testosterone is defined as levels at less than 300 nanograms per deciliter (ng/dL). When testosterone levels are at a normal level, it promotes attention, memory, energy and spatial reasoning. In addition, it increases libido and muscle mass in men. It even increases libido in women, who need testosterone also, but in much smaller amounts. 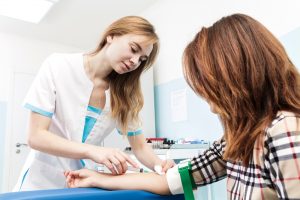 When testosterone levels get too low, men will start to feel fatigued, lose interest in sex, gain weight and lose muscle mass. Psychological issues such as depression and less confidence in oneself can also develop. As you can see, testosterone really affects men’s health – it is what makes men, be, well, MEN!

Contact our clinic today to get your levels checked easily and quickly. All it takes is a simple blood test!