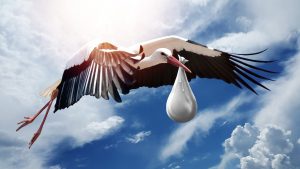 First, we need to define terms here. Just what is “low testosterone”?

When a man’s testosterone levels get below the normal range – about 275 to 1,080 nanograms per deciliter (ng/dL) -- that’s when we say that he has low testosterone. But that range is wide, and for some men, the lower part of the range might be considered “low” for them. That’s where our clinics and labs can help, because every man’s case is different.

Another name for low testosterone is “hypogonadism,” and it can manifest itself in childhood, and in some cases even during the child’s development in his mother’s womb. Hypogonadism can have varied effects – none of them good. In an adult male, it can change the way you look, decrease hair growth, and interfere with the reproductive process.

Testosterone is an androgen, or male sex hormone. It’s produced in the testicles, and is required for the production of sperm. But it has major effects on the rest of the body too, including the way a man’s brain functions. Testosterone has an impact on a man’s psychological sense of virility, and it has a very real impact on his sexual function. Testosterone also gives a boost to a man’s muscles, bones, and the development of the penis and testicles. Both men and women have testosterone in their bodies, but men have far more – unless there is a problem like hypogonadism. 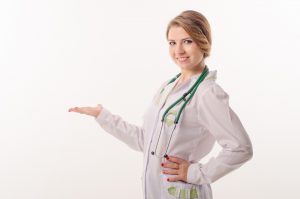 The number of men, including older men, receiving treatment for low testosterone has taken off in recent years, as more and more men have decided to take matters into their own hands, and doctors have seen the benefits of taking a proactive approach for many patients.

One type of treatment, TRT, or testosterone replacement therapy, can – seemingly paradoxically – have a negative effect on male fertility, despite improving sexual function (and many other things). This is because TRT may decrease sperm production, since one of the therapy’s side effects is a lowering of FSH (follicle-stimulating hormone) levels, which trigger sperm production. Infertility caused by TRT can often be reversed.

Men seeking to conceive shouldn’t use TRT, therefore, though there are other approaches they might try. It is also possible to take another type of hormone replacement therapy (HRT), in conjunction with testosterone injections, in order to maintain your fertility.

Low testosterone itself is often bad for male fertility, too – though it does not always cause infertility.

Men with low testosterone can still produce adequate amounts of healthy sperm, since sperm production is primarily triggered by other hormones. Nevertheless, having low testosterone will indeed reduce the number of sperm produced, all things being equal. (The levels of testosterone in the testicles, by the way, are far higher than those in the bloodstream, and this is true no matter what your overall testosterone levels might be.)

Another negative effect of low testosterone is reduced sex drive, or less actual desire to engage in intercourse. It also, if sufficiently bad, can cause erectile dysfunction, possibly an actual inability to have an erection, or erections of insufficient intensity or duration that it is difficult or impossible to achieve climax. All of these symptoms can result in sexual intercourse simply not occurring, or not occurring often enough to conceive a child.

In addition to aging, these factors can also cause or contribute to a condition of low testosterone: chronic opioid use, marijuana use, high levels of alcohol consumption, stress, and hormones present in certain foods – notably meat and dairy products. Low testosterone can also be triggered by abnormally early – or late – puberty, kidney disease, and testicular cancer. Several other conditions present an elevated risk for causing low testosterone, too: cancer treatments including radiation or chemotherapy; obesity; diabetes; and direct injury of some kind to the testicles. These multiple possible causes are a good reason to have tests done in a qualified clinic before making any assumptions.

Luckily, qualified doctors, such as the ones at our clinics, can make simple tests to determine if your symptoms are caused by low testosterone. The test is usually scheduled during a morning visit, since a man’s testosterone levels are typically highest at that time. Questions are asked, blood is drawn and analyzed in a lab, and then you get a personal evaluation based on your symptoms, history, and those all-important numbers.

Whether you take action to increase your testosterone numbers will depend on a number of factors which you should discuss with the doctor. If you have life-impacting symptoms like these, that will be an important factor in making your decision: 1) reduced sex drive; 2) fatigue; 3) mood swings; 4) loss of or flabbiness of muscle tissue; 5) fewer and/or weaker erections.

If testosterone replacement therapy isn’t indicted, or symptoms are on the less bothersome side of the scale, you or your doctor might recommend lifestyle changes instead. 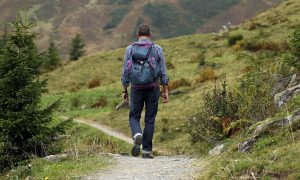 Some things to consider doing:

Stay out of the sauna. There’s a reason that the scrotum and testicles hang outside the main part of the body: They need to stay relatively cool to function as intended. Hot tubs and saunas on a regular basis aren’t a good thing for testosterone production. Keeping laptops and heating pads far away from your lap is good idea too.

Stop smoking: The facts are in – multiple studies show that men who are smokers have reduced levels of many hormones, testosterone among them.

But if, after trying all of the above, you feel that your sex drive, energy levels, and overall quality of life are being negatively impacted by too-low levels of testosterone, you are likely a candidate for TRT.

We hope this article has helped you to make some choices that improve your life, or the life of a loved one, dramatically!