When a man has a deficiency of androgen in his body, it means that his levels of male hormones, mainly testosterone, are lower than normal. One of two things could be the cause of this deficiency, namely pituitary gland problems and the area of the brain that controls functions of the testes -the hypothalamus or the testes. Low testosterone androgen deficiency in aging men is sometimes referred to as male menopause, which is confusing since it suggests that men, like women, also experience a significant reduction in hormone production as they become older. This is totally incorrect. How testosterone functions: 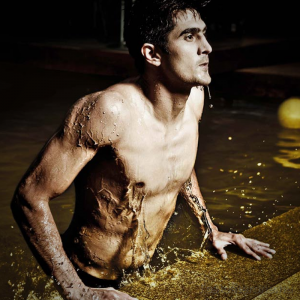 Testosterone is the main androgenic hormone, which is responsible for the following functions in males:

• The beginning and completion of puberty

• The development of muscle and bone

• Body hair growth including the beard

• Changes in the vocal cords which produce the male voice

• The growth and function of the prostate gland

• The production of sperm

When insufficient testosterone is circulating through the body, various symptoms can develop. Several of these symptoms could be non-specific and can appear to be those of other health conditions and diseases. Some androgen deficiency symptoms include:

• A reduction in sexual desire

• The feeling of lethargy and fatigue

• An increase in body fat especially in the abdominal area 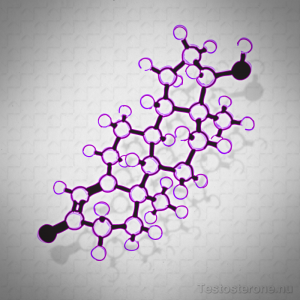 An increase in unhealthy cholesterol in the blood, coupled with a drop in healthy blood cholesterol, a reduction in bone mass and increased dangers of osteoporosis are seen in aging men with low testosterone androgen deficiency.

Some of the causes of this condition include:

Testes - Sometimes, it is medical problems that originate in the testes which are the cause of insufficient testosterone production. In some cases, such medical problems are present from birth. Some babies are born with a genetic disorder which adversely affects the sex chromosomes, called 1~linefelter's syndrome. There are other conditions, which occur at different stages of a boy's or man's life that could cause the problem, such as testicles that are undecided, testes lost because of trauma or torsion (the cutting off of the blood flow to the testes), complications after a bout of mumps as well as side effects involved with radiotherapy or chemotherapy. 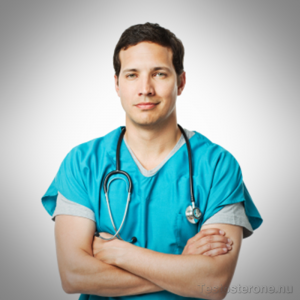 Pituitary gland -one of the most common conditions affecting the pituitary gland, is the presence of a benign tumor, which leads to the lowering of testosterone levels. Interference from the tumor could cause the gland to malfunction, or could also cause it to produce a hormone halting production of gonadotrophins, thus preventing signals from the pituitary gland reaching the testes to produce testosterone. The hypothalamus conditions, such as congenital abnormalities or tumors, can sometimes stop the hypothalamus from triggering the pituitary gland into releasing hormones, which although not a common cause of hormone deficiency, will cause the testicles to produce lower amounts of testosterone diagnosing low testosterone androgen deficiency. Different evaluations are used to diagnose low testosterone androgen deficiency, including Complete medical history -the patient's full medical history is taken, which includes information regarding fertility, sexual function, androgen deficiency symptoms, any other medical conditions, occupation, as well as drug use, both prescribed and non-prescribed.

Complete physical examination -The patient is given a complete general examination, which includes the measuring the testicles to determine changes in their size and an examination for breast development or gynecomastia. Blood tests -These are taken to establish testosterone levels in the blood. It is preferable that this test be done twice as these are peak times to proper1y determine the release of testosterone in the body. These blood tests should also include measuring the pituitary hormones.

Additional tests - Various other tests might be necessary to find out whether the deficiency of testosterone is due to some other underlying health condition. Extra blood tests would be done to check iron levels, determine whether conditions such as klinefelter syndrome are present, or brain scans can be performed as well in order to inspect the pituitary gland. Analysis of the semen too helps to establish whether not males with low testosterone androgen deficiency are fertile. Hormone replacement therapy is used when the androgen deficiency has been proven. Various types of replacement therapies are available including administration by tablet, gels, skin patches, creams, short or long-acting injection and implant. Should the cause of low testosterone androgen deficiency be directly related to the pituitary gland, it would be suitable for the follicle stimulating hormone and luteinizing hormone to be replaced directly by means of injections. This procedure is normally done for those couples wanting to get pregnant. Following low testosterone replacement therapy, patients will have assessments on a regular basis with their doctor, as well as prostate examinations, according to how old they are, and other dangerous factors too, for cancer of the prostate. There are also some possible side effects connected to testosterone replacement therapy, which the patient, needs to know before going with the treatment.